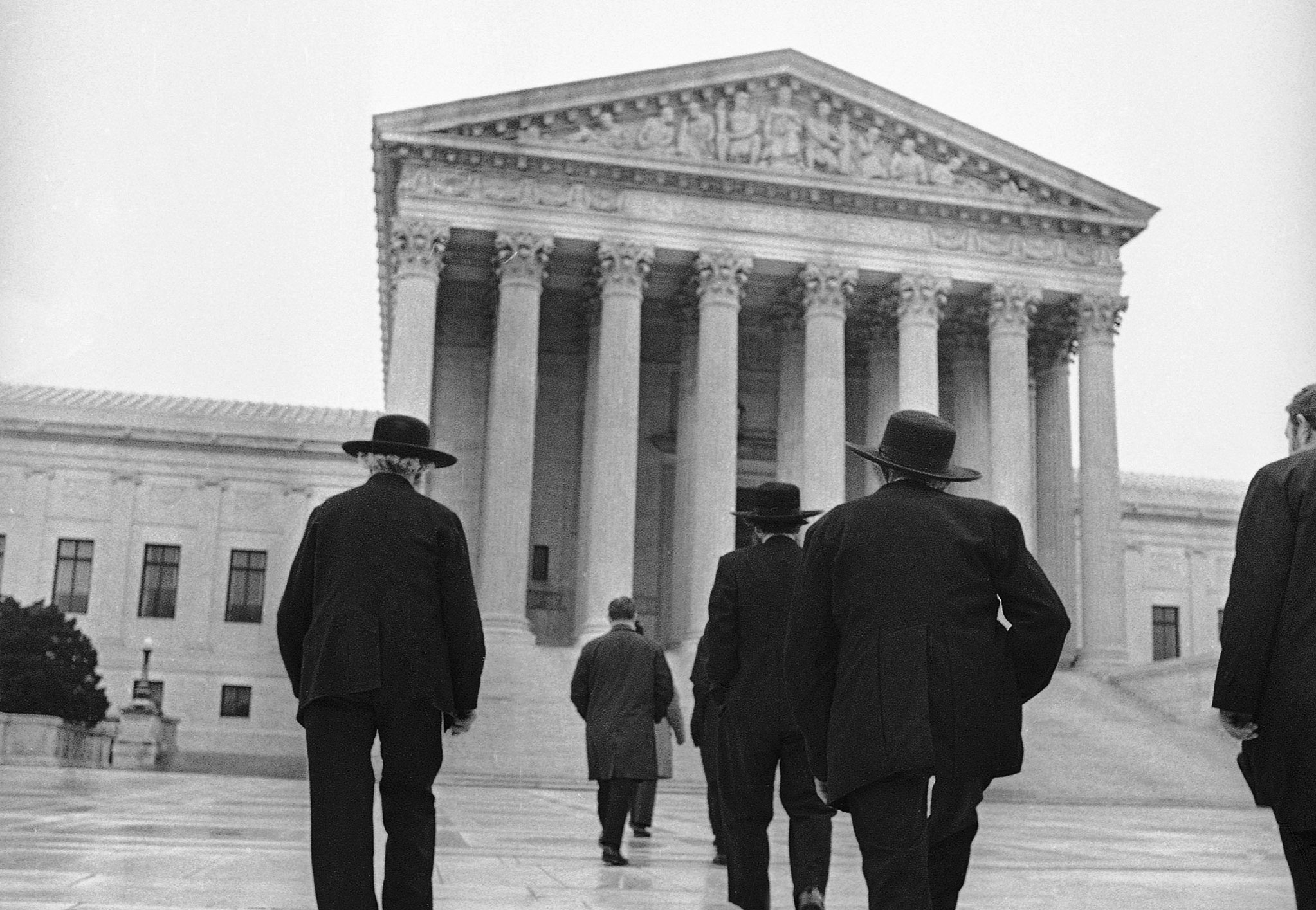 Headlines in newspapers across the country:

“Contest of Values: Amish Versus State”

In the early-to mid-20th century in the United States, many Amish communities were compelled to break with their traditions in how they educated their children to comply with federal and state regulations. What follows is a sample of comments and newspaper articles that provide the backdrop for the landmark Wisconsin v. Yoder United States Supreme Court case in 1972:

In 1921, in LaGrange County, Indiana, legal actions were brought against eleven Amish fathers for failing to send their children to school after the eighth grade.

In 1922, five Amish men in Holmes County, Ohio, were arrested by Judge Estill and were “being accused of being guilty of contributing to the dependency and delinquency of a minor child in that they fail, refuse and neglect to send a minor child to a state recognized school.”

In 1936, the sixteen Amish church districts in Lancaster County, Pennsylvania, created a school committee with one member from each district to address issues related to the parochial school (As a personal note, my great-grandfather Samuel B. Zook was one of the founding members from the Elverson-area church district).

In 1947, an Indiana School Superintendent met with a group of 500 Amish men to plead for their students to be excused from school after completing the eighth grade.

In 1955 in Pennsylvania, Governor George Leader worked with the Amish to create an alternative vocational program after students completed the 8th grade. As a result, from 1950 to 1960, over forty new one-room parochial schools were built across Pennsylvania by the Old Order Amish and Old Order Mennonites.

In 1957-1958, in the Ohio communities of Apple Creek, Kidron, and Mt. Eaton, Judge Young had the heads of household in six Amish families imprisoned for refusing to comply with local educational laws. Upon their release twelve days later, Amishman Henry J. Hershberger of Apple Creek stated that “our religion prohibits valuing certain talents…which you value. We are not contesting your rights to these values, but they are not our values. We want to live simple lives, free of pride, self-seeking, and ostentation, to ensure their entrance into the New Jerusalem….”

In 1964, a judge in Michigan delivered criminal charges against eleven Amish parents accused of violating the State of Michigan’s compulsory school attendance law.

In 1966, the Kansas Supreme Court took up a case on compulsory school laws involving Amish from Hutchinson.

In 1968, three Amish families from Green County, Wisconsin, withdrew their children from the public school.

This event in 1968 was the catalyst that finally brought the school issue before the Supreme Court in the 1972 Wisconsin v. Yoder court case. So— what is the big deal about this trial brought before the United States Supreme Court? Who was Jonas Yoder? Follow along as we review a brief synopsis of this high-profile court case.

In 1968, three Amish families withdrew their children from the New Glarus, Green County, Wisconsin primary public school. Jonas Yoder (one of the fathers) said the school superintendent asked the Amish to keep their children enrolled for a few more weeks so that they could collect $18,000 in aid from the State of Wisconsin for that school year. The Amish refused. The superintendent filed truancy charges against the three fathers for failing to send their children to school. 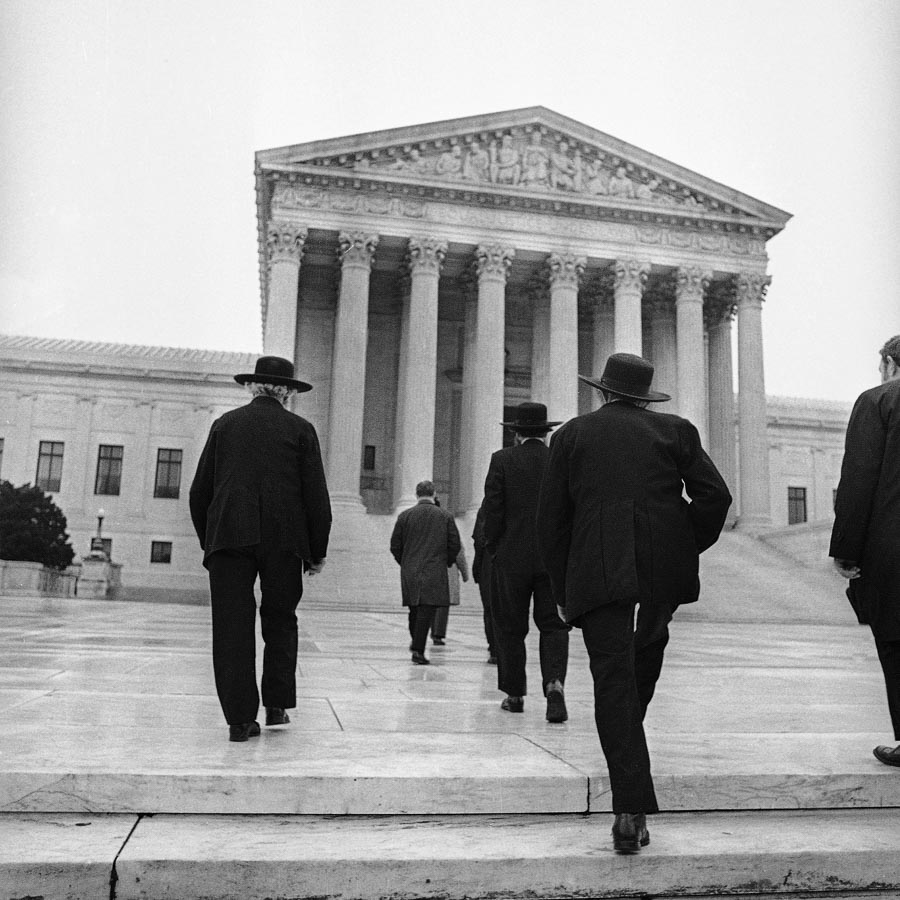 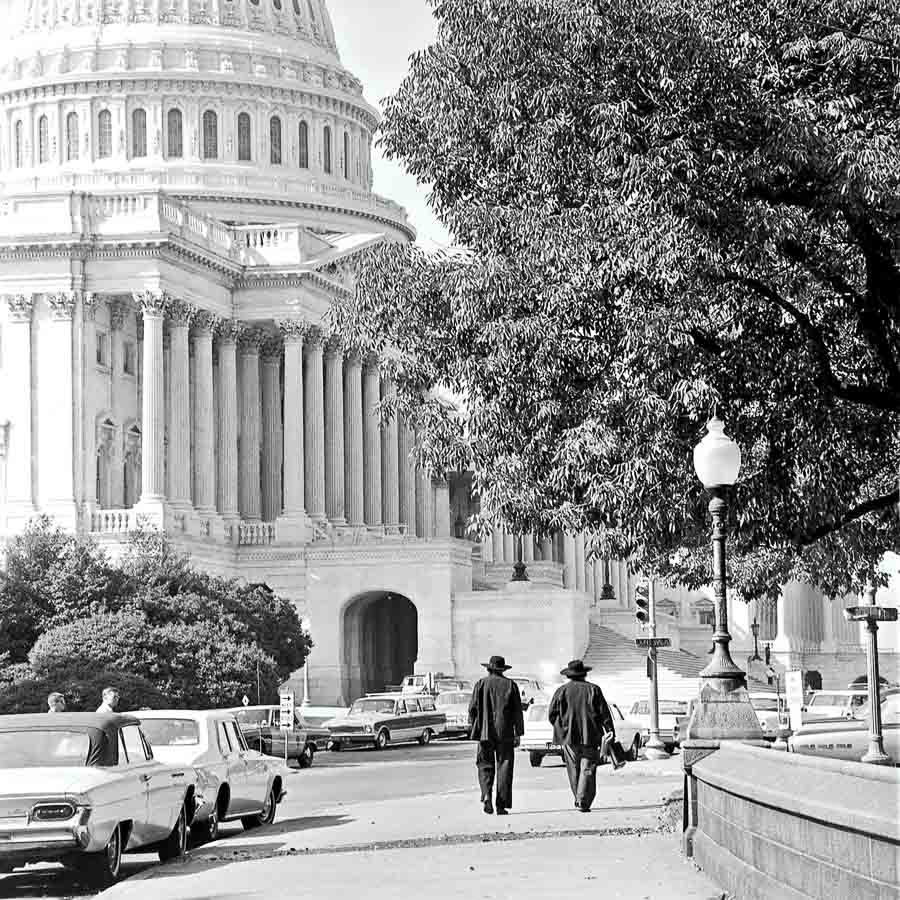 Jonas Yoder and Wallace Miller, Old Order Amish, and Adin Yutzy, Conservative Amish Mennonite, argued that sending their children to high school was not aligned with their religious beliefs. However, in Wisconsin, the law required students to attend school until the age of sixteen. Since Yoder, Miller, and Yutzy refused to send their children to high school, they were prosecuted under Wisconsin law.

In December of 1971, the U.S. Supreme Court began hearing arguments for the case. Drs. Hostetler and Erickson provided expert testimony on behalf of the Amish. Their testimony—which remained uncontested during the case—ended up becoming a deciding factor in the Supreme Court’s final decision.

Dr. John A. Hostetler, an anthropologist from Temple University, testified that if the law demands that Amish children are compelled to attend a regular high school, that “their religion will be destroyed.”

Dr. Donald A. Erickson, an education professor at the University of Chicago, said that Amish children received their own style of education that fits the needs of the Amish community, which are different from mainstream society. He noted that Amish training is of the “best kind” and that “They learn by doing, and I would be inclined to say they do a better job than most of the rest of us judging by the fact they have little unemployment, delinquency or divorce.”

Jonas Yoder, along with the Amish National Committee, represented the Amish community and its traditions in the court case. Yoder was uncomfortable with all the attention from the media, but he accepted it as part of his duty to his community. In one article, he commented, “What we have done, going to court, ain’t approved by all of our people. For me, I wish it would be somebody else’s name on this.”

The justices weighed the evidence carefully. Justice Douglas dissented, voicing concerns for the children. He wrote, “On this important and vital matter of education, I think the children should be entitled to be heard. While the parents, absent dissent, normally speak for the entire family, the education of the child is a matter on which the child will often have decided views. He may want to be a pianist or an astronaut or an oceanographer. To do so he will have to break from the Amish tradition. 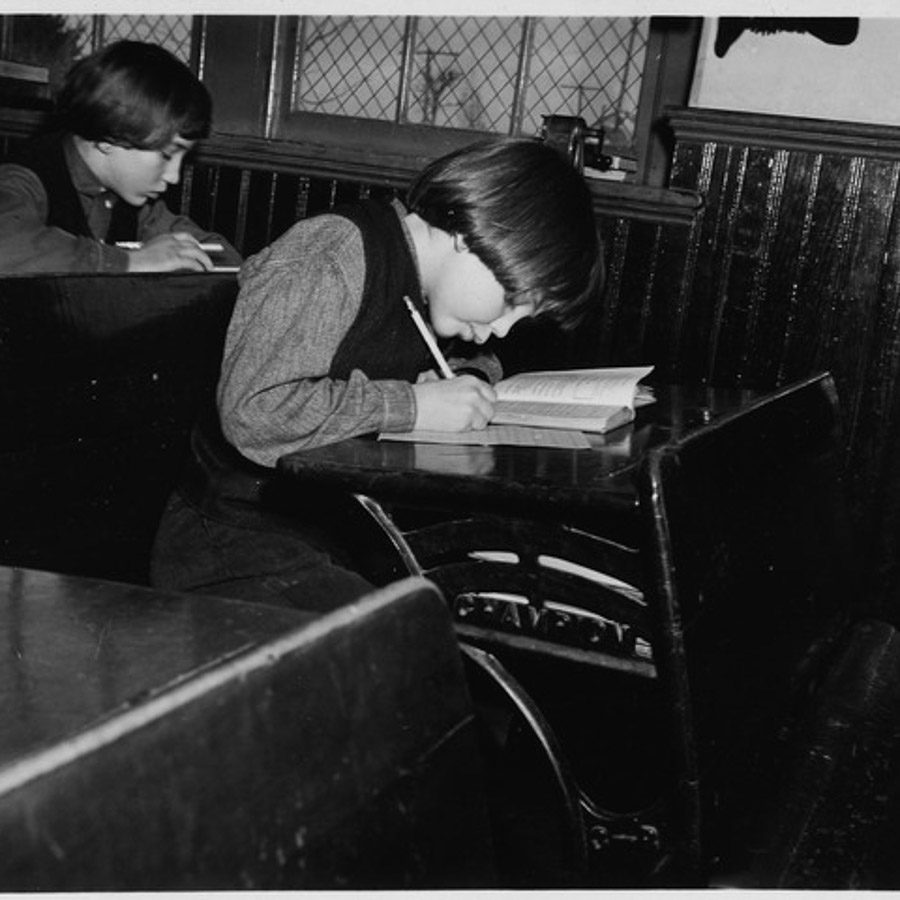 “It is the future of the students, not the future of the parents, that is imperiled by today’s decision. If a parent keeps his child out of school beyond the grade school, then the child will be forever barred from entry into the new and amazing world of diversity that we have today.”

However, despite offering his partial dissent, Justice Douglas still ruled with the majority in favor of Jonas Yoder and the Amish. In May of 1972, the Supreme Court’s final decision was that “The Wisconsin Compulsory School Attendance Law violated the Free Exercise Clause of the First Amendment because required attendance past the eighth grade interfered with the right of Amish parents to direct the religious upbringing of their children. Supreme Court of Wisconsin affirmed.”

In essence, the U.S. Supreme Court decided that Amish parents’ right to freedom of religion outweighed the state’s interest in educating their children.

In Chief Justice Warren E. Burger’s closing remarks, he states that, “…In light of this convincing showing, one that probably few other religious groups or sects could make, and weighing the minimal difference between what the state would require and what the Amish already accept, it was incumbent on the state to show with more particularity how its admittedly strong interest in compulsory education would be adversely affected by granting an exemption to the Amish…”

After 50 years of struggle to retain the right to educate their children as they saw fit, Amish in the United States finally had the legal right to do so.