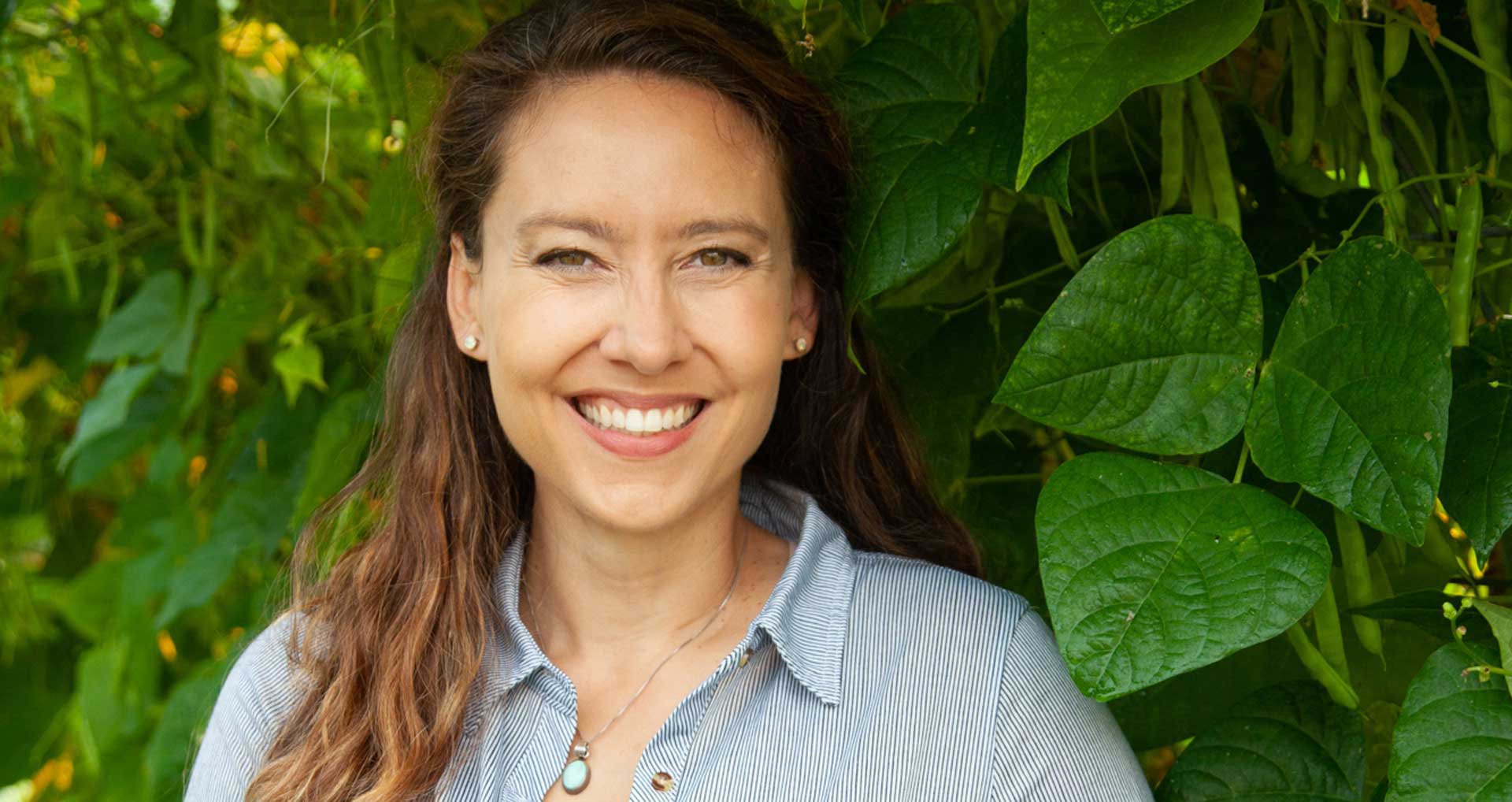 Welcome to My Homestead

Some of my earliest memories are of planting beans in the vegetable garden behind our white 1974 single-wide trailer home. My job was to drop the bean into the indent my mother made in the soil, as I was too young to know how deep was necessary.

As years passed, I would plant by myself. In late summer, Dad and I harvested the beans, delivering them to Mom for the stringing and snapping to fill the Mason jars lining the cramped countertops in the kitchen. We pressure-canned the beans to fill the pantry. There was never an August without the punctuation of the pressure canner’s hiss and jiggle. I thought it was commonplace that every family raised a garden and put-up food for the winter months. 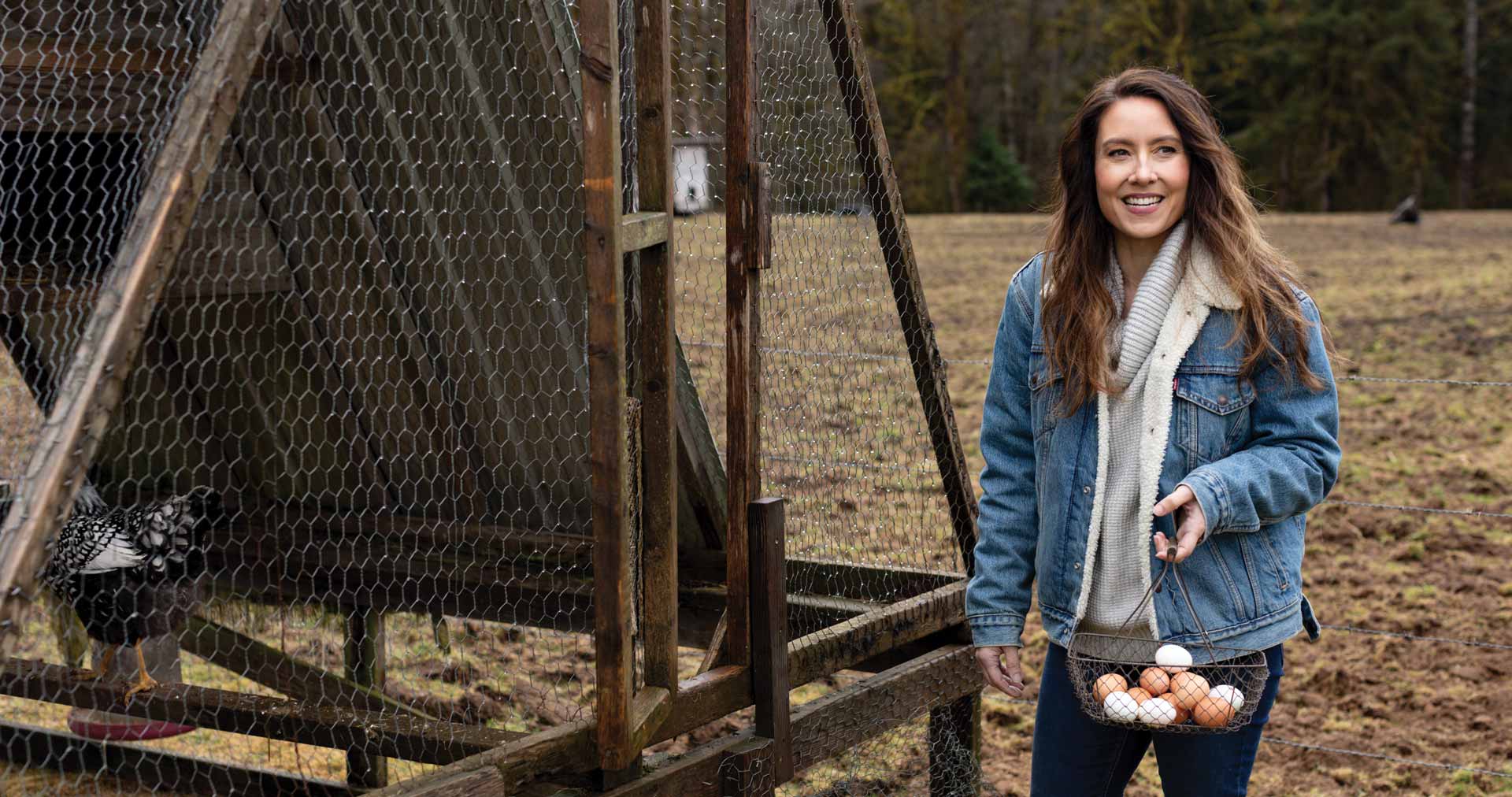 Growing up, I felt I didn’t quite fit in with many of my peers. Instead of preschool, dance lessons, or little league sports, towering evergreens were my playmates, and old-growth, hollowed-out stumps were my forts. Though I am one of ten children, I’m the oldest from my father’s second marriage. All of the older kids from his first marriage moved out by the time I was one, and my younger brother wasn’t born until I was eleven.

Living rurally, we were lucky to get two channels on TV when there was snow on the mountain. If we turned the antenna attached to the porch just right, the signal bounced off the white-capped peaks, giving us a grainy picture and audio. Entertaining myself fell to imagination, reading, and the forest outside our trailer.

Laura Ingalls Wilder was my best friend growing up. Every night, my mom would read a chapter to me before bed. We started with Little House in the Big Woods. No matter how much I begged, it was a strict one-chapter-a-night rule (I’m sure she knew if she gave me an inch, we’d be reading until past midnight).

Once I learned to read on my own, I reread the entire series. If you bend a vine-maple sapling over, straddle it near the top, and push off with your feet, it recoils just enough for you to believe you’re riding Pet and Patty with Laura on the trail.

My mom homeschooled me for preschool and kindergarten. A few months into first grade at public school, my teacher knelt and said, “I’m really proud of how well you’re doing without having been in school before.”

She meant it as a compliment (and to this day remains one of my favorite teachers), but even at six years old, it meant there was a distinction between me and the rest of my classmates. I wasn’t the same as them.

My mother sewed many of my clothes. At that time, it was cheaper to sew clothes than it was to buy (though that’s no longer the case with the cost of fabric and notions compared to cheap, ready-made items available today). I longed for a store-bought dress so I wouldn’t look different than the other kids.

“Two life-forming events happened the year I turned eight. The first: I discovered that one could write books for a living. I vowed I would one day become an author.”

The first: I discovered that one could write books for a living. I vowed I would one day become an author.

The second was when my best friend told me her stepmother said, “I don’t know why you want to go to their house. They just live in an old trailer.”

My best friend, in anger, relayed the sentence to me. With wisdom far beyond her years, my best friend liked to come to our house because she could feel the warmth and love inside the walls, but my eight-year-old self only knew that some people looked down on our home, and that transferred to looking down on me.

When I reached high school, we moved a half-mile up the road to an older two-story house, and I thought I’d left that trailer behind.

Then I met a boy and when we got married and started our life together, guess where we ended up. Yep, right back in that 1974 single-wide trailer…

To read the full story, purchase a January 2023 back issue here.

Melissa K. Norris is a 5th generation homesteader who married a city boy… but that city boy quickly became a country boy and turned into a bonafide farmer when they moved to Melissa’s family property. With their two children they believe in keeping the old ways alive. She is an author, blogger, and podcaster. Learn more by visiting: www.melissaknorris.com.