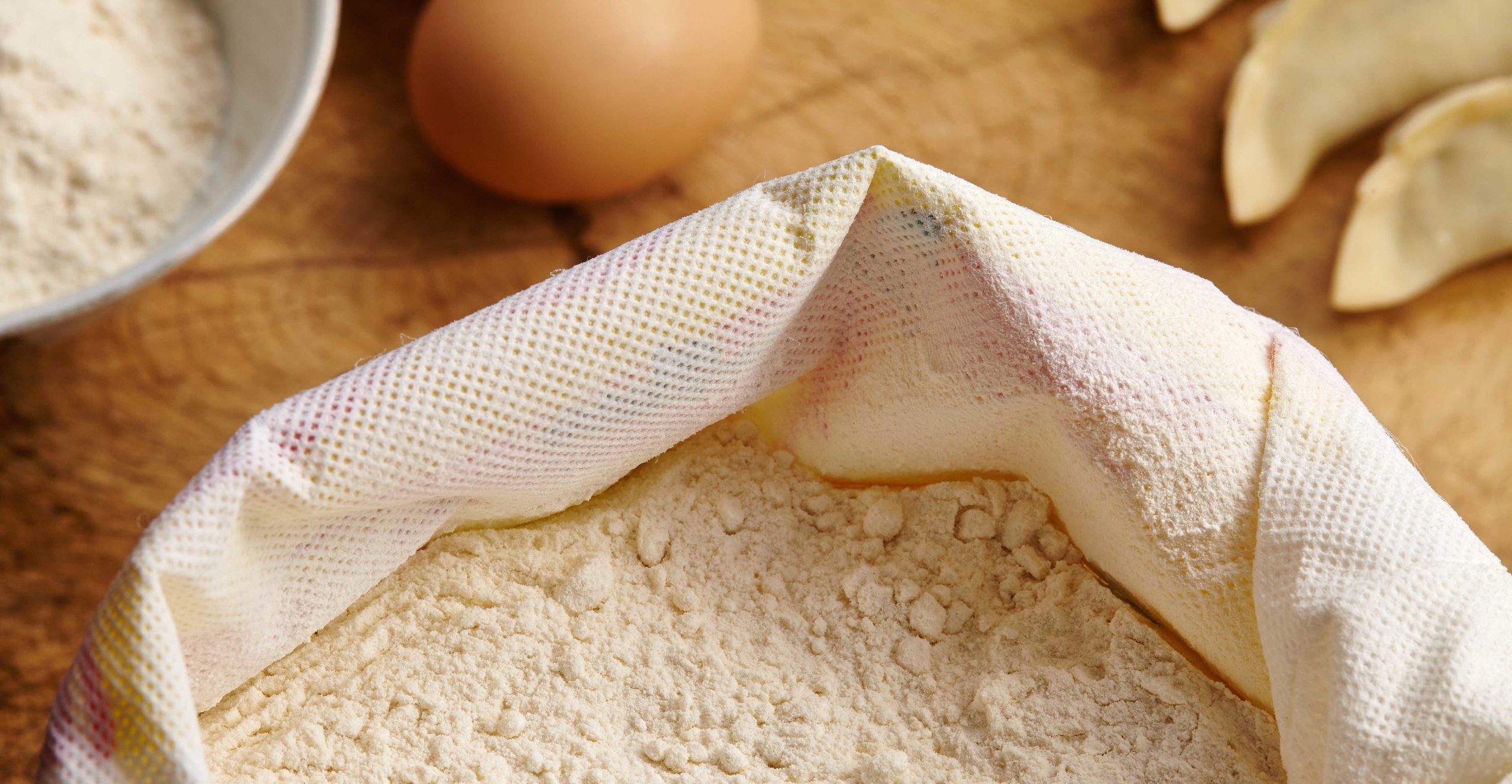 Have you ever wondered why we eat the different foods and dishes that are distinctive to our culture and world? Have you ever wondered what dishes the Amish who first settled in America brought with them across the ocean? What did the earliest Amish settlers, who came to America in the 1730s, eat that reminded them of their home and past in Europe? Food is an important part of any culture. In fact, Food is the essence of life in any society, culture, or world. Without food, water, and some form of shelter; survival for any species, including humans, is impossible. However, what food a society or culture consumes reveals more than just how it has survived in time; it also reveals a great deal about their culture, interactions, beliefs, and the relationship of that society to the places where they lived.

Most of the Amish who settled in Lancaster County, PA and Holmes County, OH have their roots in the valleys and mountains of Switzerland then moved north into the Rhine River valley of southern Germany. Here they lived, their language developed, and their faith was strengthened. Since moving to America they have remained more culturally isolated, which allowed some of the cultural practices from the era (including food and language) to remain a common part of everyday life.

People in 1550 and 1600s, did not have nearly the diversity that modern peoples have in their diets. Without modern refrigeration and other methods of storage, people ate much differently than they do today. In most regions there was one, or perhaps several basic dishes that became central to life. In the southern German foodscape, especially among the lower class, this was Mus, a porridge-like soup that most people ate nearly all the time. The dominance of one dish like Mus was not unique; other regions had their foods and methods of preparation that shaped their larders and cooking pots. In fact, one food historian estimates that eighty percent of the lower-class caloric intake came from these basic dishes.1 The landscape where one lived was the strongest influence on the menu and larder, but social hierarchy and economics played key roles as well. Economic historians have concluded that the average skilled worker or craftsman spent between sixty and seventy percent of their income on food.2 For the poor food was always a concern. They spent the largest portion of their time, energy, and effort in the production of food that went into these basic dishes.

The modern world is full of recipes and cookbooks that reveal much about the foodscapes that produced them. A recipe may be thought of as “a set of instructions for the combination of ingredients that will eventually form a dish.”3 Recipes reveal not only the finished dishes that people ate, but also the ingredients and the processes that went into preparing the dish. The earliest known German cookbook, or collection of recipes, is from the mid fourteenth century. Daz buch von guter spise (The Book of Good Food) was part of a larger collection from a “Hausbuch” (house book), that contained practical material for the running of a household.4 These books were passed from one generation to the next, and were a collection of spiritual, physical, and in some instance familial advice, that was intended to give advice on how best to live one’s life and run a large household. The 101 recipes included were likely family favorites, or considered particularly healthy, or helped in some manner to establish social status for the household. The ingredients and dishes indicate that the household was large, rather wealthy, and that it’s owner and compiler, the lawyer Michael de Leone, was educated.5

About one hundred years after Michael de Leone compiled his Hausbuch, Meister Hannsen, a cook in Wirtenburg published Von allerley kochen where he included the following recipe for Mus:

Those who want a good soup

Make it from seven items

You must have milk, salt,

and lard, sugar, eggs, and flour

And include saffron to give it color.

Meister Hannsen’s Mus was prepared for the royal household in Wirtenburg where he cooked. It was prepared with expansive ingredients such as saffron, sugar, and white flour that was not in common use for the lower class. The milk base with the eggs and oils (schmalcz) added created a base that most common people in this era understood and ate every day in some form or other.

Several years ago, on discovering this recipe I decided to try and make it myself. What I discovered is that I knew what I was eating! I was eating Rivel Soup. Now one has to almost grow up with this strange mixture of tastes to enjoy it. And I have discovered that people either love, or hate, this soup. I decided to research more about what and where this originated, and how it was prepared.

Mus varied seasonally with the availability of the components. Legumes, such as beans, added protein and variation when they were available. Mus had many variations; it could be porridge-like, much as we eat oatmeal or cornmeal mush today. In fact Meister Hannsen’s recipe with quantitative adjustments is also the recipe for a basic cake. If the flour or grain input was reduced it was a broth or soup-like consistency, giving rise to the term brei, or broth. In this state legumes and meats could be added when they were available. Cabbage and turnips and other seasonal vegetables could be added as well, although this was more likely in its brei form than in its cake form. Thus it was possible to eat Mus as a soup, add more flour to the leftovers and bake it into a heavy cake-like dish.

The other name that was sometimes applied to this dish is grütze (lit. groats or gruel). This most likely refers to the rough grains such as spelt, rye and oats that were added. A variation of this is the Rote Grütze, which is a pudding-like dish that takes its name from the rote (red) fruit that was often used. This boiled pudding dessert, with fruit added, is still popular today as evidenced by a host of available recipes on the Internet. Berries and other wild fruits were gathered as part of the process of seasonal gatherings and so fruit was seasonally available for most people. Milk, with a sweetener, most likely honey, and crumbled bread were eaten with seasonal fruits, especially berries, creating a cold form of Mus. This refreshing mixture may have also been cooked to create a sweet pudding similer to Rote Grütze used up the available seasonal and local items that were a part of the landscape.

There are three dishes that are worth a bit of reflection in relation to Mus. The first is what we call Bröt Suppe, often served at the Sunday service meal. This soup is made up of hot milk, eggs, butter, salt, crumbled up bread, and occasionally beans. For small children they often sweeten the soup to make it more palatable. It is not only easily made and inexpensive, it is what our forefathers ate in the “old country.” Another variation of Mus that many Amish enjoy is Rivel Suppe. Flour, salt, butter and eggs, are combined to form small rivels, or lumps. The rivels are then cooked in a hot milk base for about ten minutes, creating a chewy texture soaked in hot milk. Sometimes a sweetener is added to give the soup more flavor. Rivel Suppe is often served with bread on a cold winter evening. Nearly all the Amish today, would recognize these two items as connected deeply to their heritage.

The cold version of Mus is also still in use today as well. One of the summer dishes that remains a staple in Amish households is Kälte Suppe (cold soup). In fruit season a fruit is prepared with crumbled bread, sugar and then cold milk is poured over the mixture. This variation is often eaten on summer evenings, and like Rivel and Bröt Suppe is deeply connected to our cultural heritage and history as a people.

What did those first Amish immigrants eat as they carved out their farms in the American wilderness? Like their forefathers, they would have used up the milk and bread by making hot and cold soups and porridges just like their families had done for generations. There is a reason that Rivel Suppe is a unique and distinct dish that we still eat today. It is because our ancestors carried it across the Atlantic Ocean, not in thermos bottles or slow cookers, but rather in their memories of their previous world.