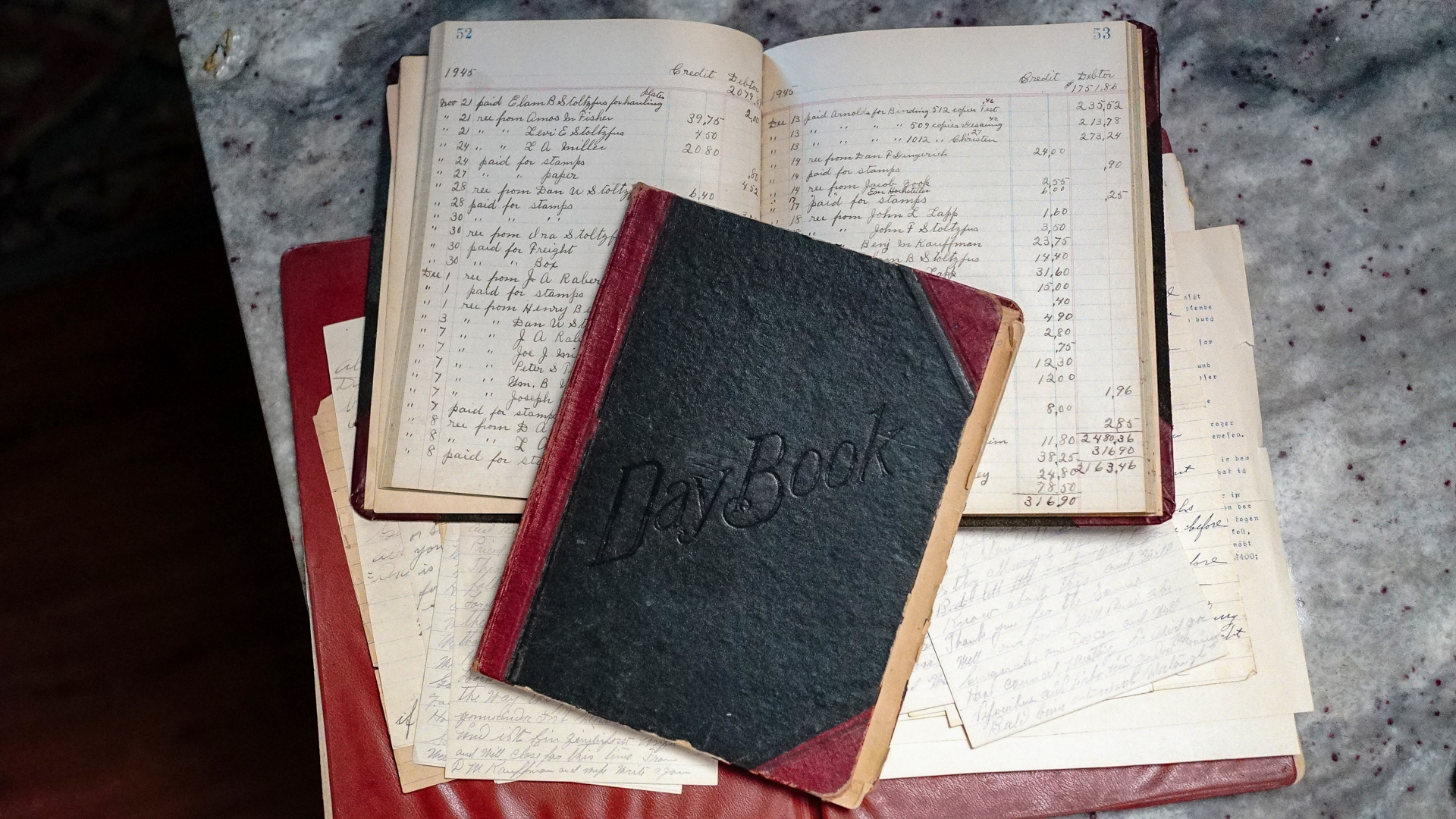 We continue the Amish Book Committee story in 1994 when Lancaster Press printed an order of 10,000 Ausbunds. The process was nearly seamless for half a century: Lancaster Press printed the books, and they then loaded the printed sheets on pallets and sent them down to the bindery plant in Philadelphia. Here, the pages of the Ausbunds were folded, trimmed, and bound in its classic black cover. A few months later, in 1995, Lancaster Press had finished with the printing and John Esh placed his routine call to the bindery plant in Philadelphia as he had done for many years. But there was a problem: there was no answer on the other end of the line. Only dead silence. A wrinkle of confusion spread over John’s brow, “What could be happening here?”

This was not a good time for a supply chain disruption. At 10,000 copies, this was the Amish Book Committee’s largest Ausbund printing to date. Demand was high, and orders flowed in from all over the United States and Canada—churches needed new books. Since John Esh couldn’t reach the bindery plant in Philadelphia over the phone, he and Eli King (also on the Committee) hired a driver to take them down to Philadelphia to find out what was going on. When they arrived, they were surprised at what they found: the plant was closed, lights off, locked, and not a person around. No one at the plant had notified the Committee or the printing press that they were going out of business!

After the men returned to Lancaster, Eli King reached out to Christian Aid Ministries for help. They referred him to HeuleGordon Inc., based out of Grand Rapids, Michigan.