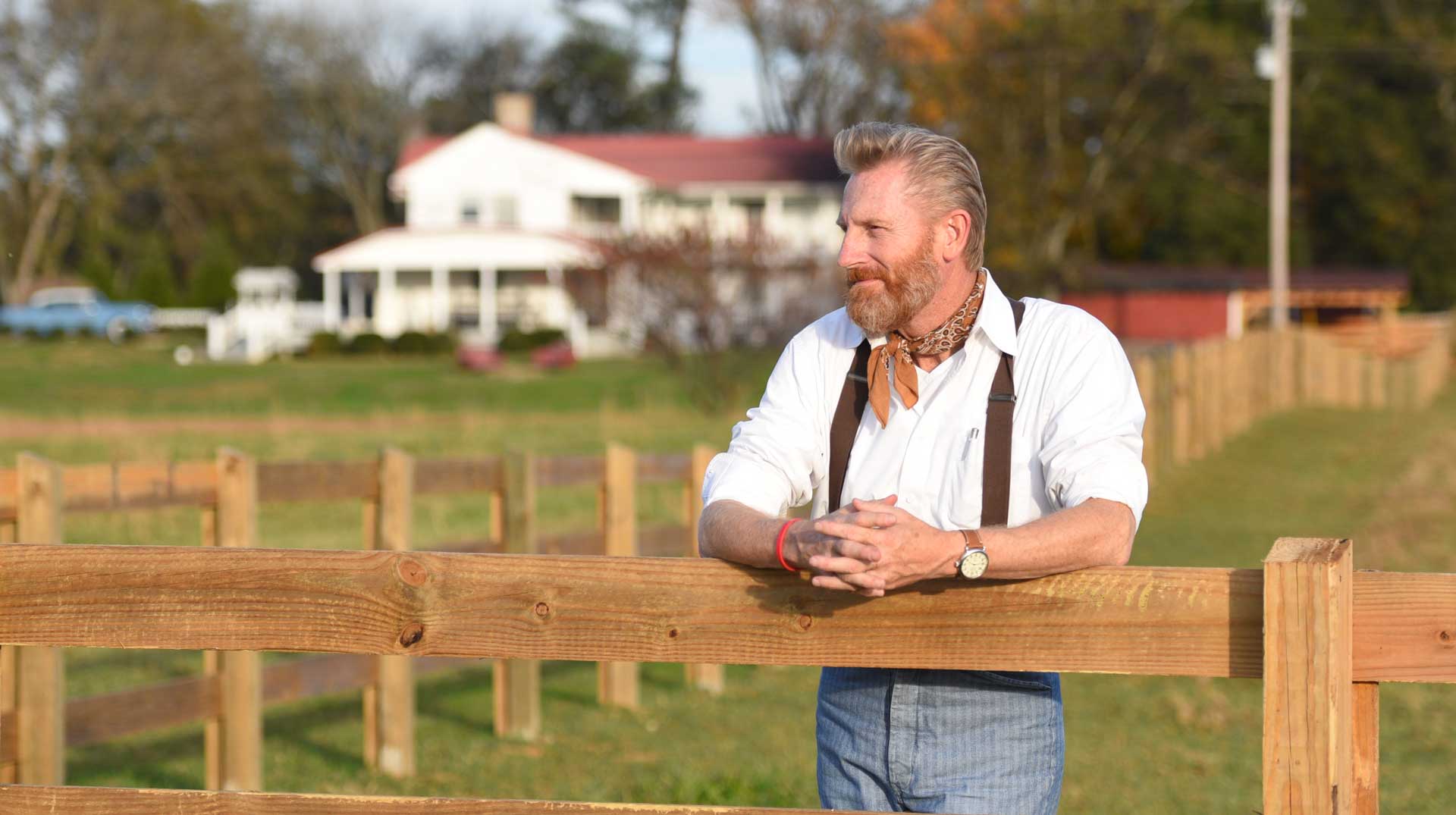 January always feels like not only the beginning of a new year, but a new opportunity. To do things better, to be better. To do the thing you’ve always wanted to do. A chance for real and lasting change. The first few stories I’ll be sharing monthly in this column are about some of the profound changes for the better that have occurred in my life that brought me here to this moment. First, to share a little about who I am and the story God has given us.

In 1995, my two daughters­–Heidi and Hopie–and I climbed into our ’56 Chevy, put Dallas in our rearview mirror, and finally headed east on I-40. Our destination was Nashville. I had been on my way there for almost twenty years, but it took this long to finally make the decision, pack the car, leave everything I knew behind, and drive towards a future I was uncertain of.

I was thirty years old, and in the past, I was leaving not only Texas, but a lifetime of moving from town to town and state to state. First with my mother and four siblings, always trying to survive after my parents’ divorce when I was still too young to remember. And then two stints in the Marine Corps, traveling from duty station to duty station.

The middle child of five, I had grown up highly influenced by my railroad-working father’s unfulfilled dream of moving to Nashville to pursue a career in country music. And when he had passed away a few years before, I drove away from his funeral committed to seeing his dream, and mine, through.

When my girls and I arrived in Music City, we stayed with a friend and his family for a couple of weeks and then settled into a one-bedroom/den apartment on the outskirts of the city. With the kids enrolled in public school, I tooled up and down the famed music row in our two-toned rattle-trap Belair, convinced that if the powers-that-be didn’t know who I was, they would at least know I was there.

I had been writing songs since I was fifteen and had always known that Nashville and music row were where the great writers were. And not long after arriving, through a friend of a friend, I met the legendary Harlan Howard (writer of “I Fall To Pieces,” “Tiger By The Tail,” and hundreds of other classic country hit songs). That meeting led to me signing a publishing deal to write songs for Harlan and his wife’s company. And so, day after day, song after song, I learned the art of writing well-crafted songs.

Three years later, in the fall of 1998, hit country artist Collin Raye recorded my song “Someone You Used To Know,” and it became a big #1 hit on the radio. With that success, I was told that somewhat of a financial windfall was headed my way. Through the wise counsel of others who’d been in my boots before me, I was encouraged to do something good with the earnings. As far back as I could remember, my family had never owned a house. Growing up, we’d lived in a long string of trailer parks and apartments and rental houses, and all these years later, my daughters were used to much the same, so I had my heart set on using that money to buy my girls and me a home of our own.

There was a homemade ‘for sale’ sign at the end of a winding driveway, and on the hill above it sat a massive old farmhouse that needed more work and love than I would know for some time. I called the number and soon after, knocked on the door. A farmer named Harold opened the door with a big smile. A few minutes later, we were loaded in his pickup truck, bouncing through the backfield and around the farm, with him pointing at this and that. He told me that the homestead was built in the 1870s. He’d lived there since 1936, and his wife’s health was in decline, and—although he didn’t really want to—they needed to move into town. A handshake later, he was handing me the skeleton key to the side door. That key would, in time, represent more than I knew. Though the bones of the structure were solid, the house was in serious disrepair. Over the next two years, I spent pretty much all the money we’d made from the song fixing the old place up, and yet for all we’d done, it looked about the same. I spent many a day grieving, wondering if I’d made the wrong decision. What had I gotten myself into? I had no experience on a farm, no experience fixing up houses, no idea where we were, and honestly no friends in the area to even talk to.

But I buckled down and kept working on it. All the while, as I was working on that old house, God was working on me. In me. Fixing and rewiring much of how I thought and believed. And day by day, as I gave my heart to Him and let Him guide my hands and feet and mind, things started changing. 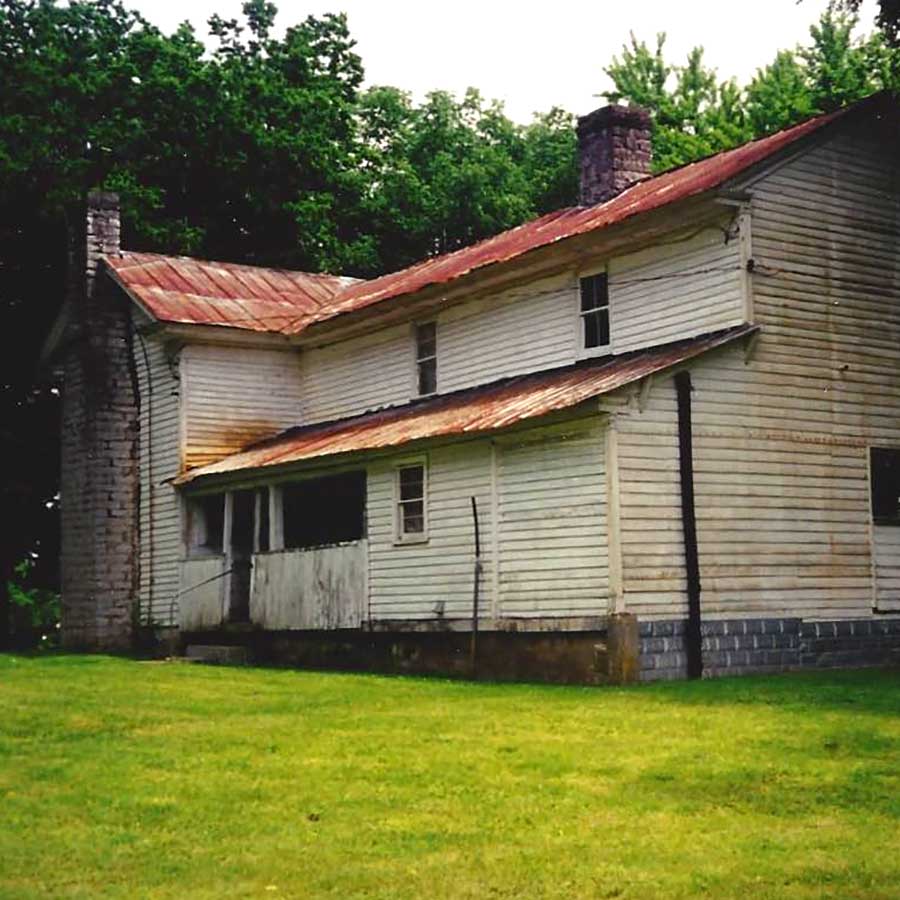 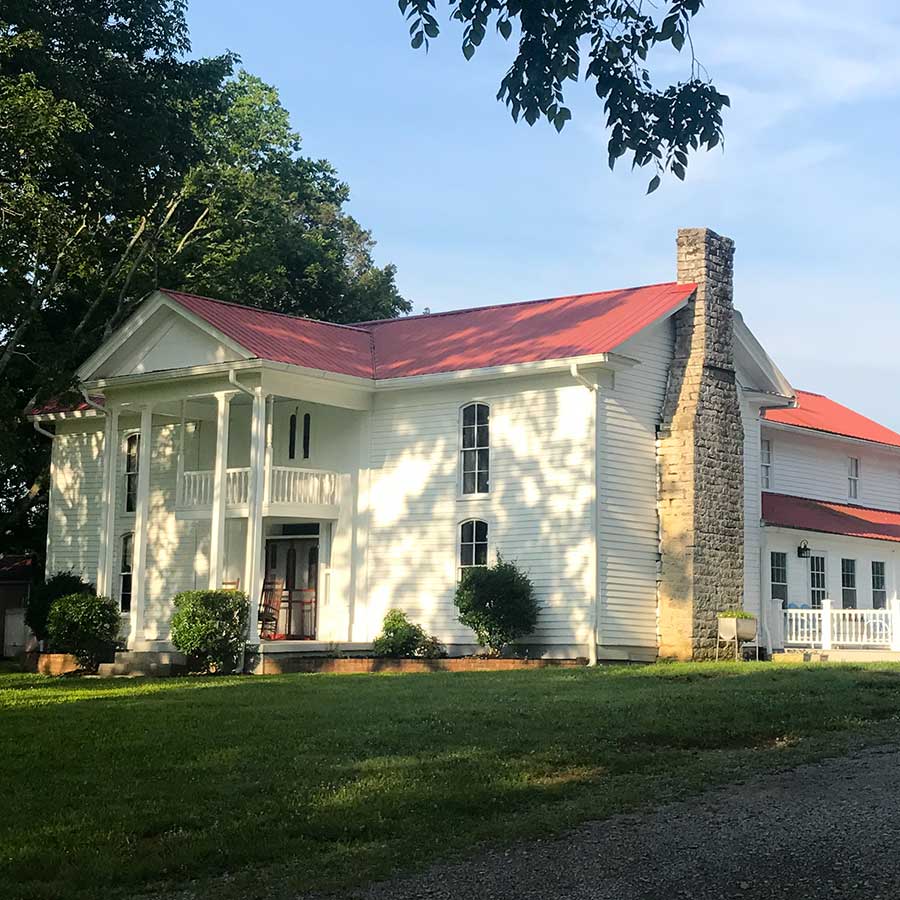 First off, my family all started moving here. First my mother, then a sister, then another sister, and soon all my siblings and family were living within thirty minutes or so of this old farm we’d bought. So it seemed that when I finally planted myself in fertile soil, they were ready to put down roots nearby, too.

For the first time, meaning in my life was starting to come together, and I could feel it. I was beginning to feel grounded in a way that I never had before. Not only was I rooted in a place, but I was also rooted in values that would sustain me better than just the dreams that had blown me around the country like the wind. But still, as far as I’d come in such a short time, the big thing that was missing in my life was love. I had dreamed of being part of a wonderful love story and even written dozens of songs about being part of one, but I had yet to even come close to being part of something good; I mean truly good. Not just fun or exciting for a while, but deep, pure love. The kind I had seen in movies or dreamed of but wasn’t really even sure was possible to have.

And then, one evening, all of that changed. And I didn’t even know it at first. It happened at a show that I was playing in the famous Bluebird Cafe. As I sang my songs and shared my stories to the audience that night, someone was in the audience who was about to change my life and how I looked at love forever. Her name was Joey, and she was unlike any girl I’d ever met before. Like me, she had moved to Nashville from the Midwest to follow her dream of being like her idol Dolly Parton. She had been in town a short while when a friend invited her to come and see a songwriter’s show at the Bluebird. She said that sitting there that evening watching and listening to me, God whispered into her ear and said, “him Joey…That’s the man I’ve chosen for you to spend the rest of your life with.”

Believe it or not, the first time I got to talk with her, that was the first thing she ever told me. And though at first, I wasn’t sure what to make of it, something inside me knew that she was right. A few months later, we were married.

To be honest, the first year or so wasn’t easy. Mostly because we didn’t really know each other. We had married on faith, and of course, there were a few expectations that each of us carried into the relationship that God was going to need us to let go of so that we could trust Him completely. But over time, in spite of some fears and more than a few tears, we let those things go, and on the other side of that leap of faith was love like I had never known.

By the time we’d been married for five years, I couldn’t imagine our lives or our love story being any better. The seeds we had planted in this new life were starting to take root. God had brought a wonderful woman into my life and a mother into my girls’ lives. Little did we know, our story was only beginning…