ONE MINUTE WITH MARLIN

The other day it hit me squarely in the face: Jesus has scars on his body! The body with which He walked through walls, His eternal body, that one has scars on it.

Creation, the Fall, free will, and His sovereignty: God created everything, with mankind being the crown jewel. He knew we would mess it all up, but He still gave us free will. In the middle of our broken world that so often cuts deep, our Creator walks with us, bringing hope and peace. The joy He brings in the middle of it all makes no sense to me. How does He do it?! 2nd Corinthians 6:10 says the following, “as sorrowful, yet always rejoicing; as poor, yet making many rich; as having nothing, yet possessing everything.”

Jesus came to the earth He made, fully God and fully man. Perfect. He lived a while, then He died. He rose with scars on a perfect body. The scars are there right this second. I don’t know what it all means and how deep it goes, but I’m not soon giving up trying to work that reality out in my own life. If you permit me, I’d love to think about this further. On a very superficial level, this life brings scars. Just as there are a million ways to hurt yourself physically, there are a million ways to hurt and be hurt below the skin, on a heart level. We are broken people, living in a very broken world.

We adopted our oldest son when he was almost four years old. The circumstances of his life those first few years caused scars, which are not visible, but he carries with him. I will not understand the reason this side of Heaven, but that’s ok. I don’t have to understand it all right now. It is enough to know God is with us—no matter what pain and brokenness comes our way—and in the middle of it all, He brings joy! I guess that’s what Paul meant when he talks about the “peace that surpasses all understanding.” May we never take that peace for granted.

Allow me for a second to do what I’ve never done before… tease you with next month’s story. October of last year; a kidnapping in Haiti; a daring escape to freedom in the dark of night. The whole story, top to bottom and front to back, is coming next month in Plain Values.

Speaking of miracles and scars… 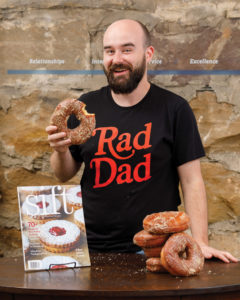 For eight years, Isaac Hershberger has been the Production Manager at Plain Values—meaning he digitally constructs the magazine set before you. As we talked about Marlin’s recent messages about miracles and scars, Isaac shared this incredible tale…

During the hot, dry summer of 1992, Isaac’s parents were invited to a cookout. A day that started out relaxed with food, fellowship, and yard games, soon turned to the unthinkable.

A couple of boys at the cookout were playing Lawn Jarts, a game where two rings are placed on the ground approximately 30 feet apart and 12-inch metal darts thrown at them. One of the boys gave his Jart a wild throw, and it began to soar through the air.

Meanwhile, 9-month-old Isaac stood at his mom’s feet, as his uncle tried coaxing Isaac into walking towards him. Suddenly, a Lawn Jart flew over Isaac’s mom and lodged in his head! In a panic, Isaac’s uncle rushed over and pulled out the Jart. Isaac began profusely bleeding. 911 was called and he was rushed to the hospital.

After emergency surgery, Isaac’s parents learned just how close he had come to dying. The Jart went through Isaac’s skull, into his brain, and directly through a major artery. Isaac should have bled to death, but, by a miracle, two pieces of the broken skull shifted to block the artery. It slowed the bleeding and saved Isaac’s life. 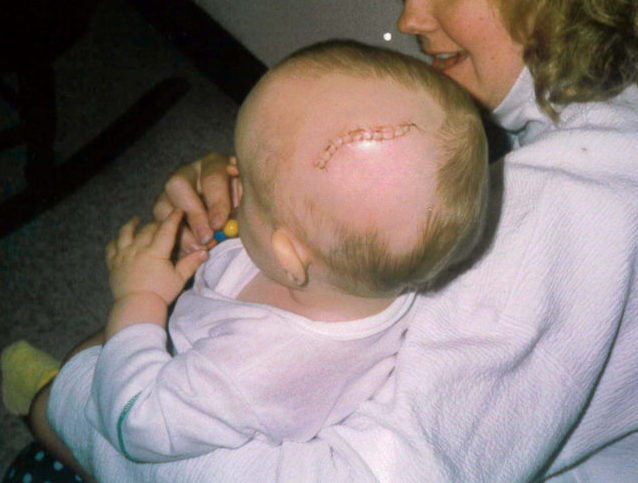 Isaac in the hospital after his surgery

Although Isaac still has a scar, he also has a testimony of the miracle God performed.

As always, may you find joy in the simple things.