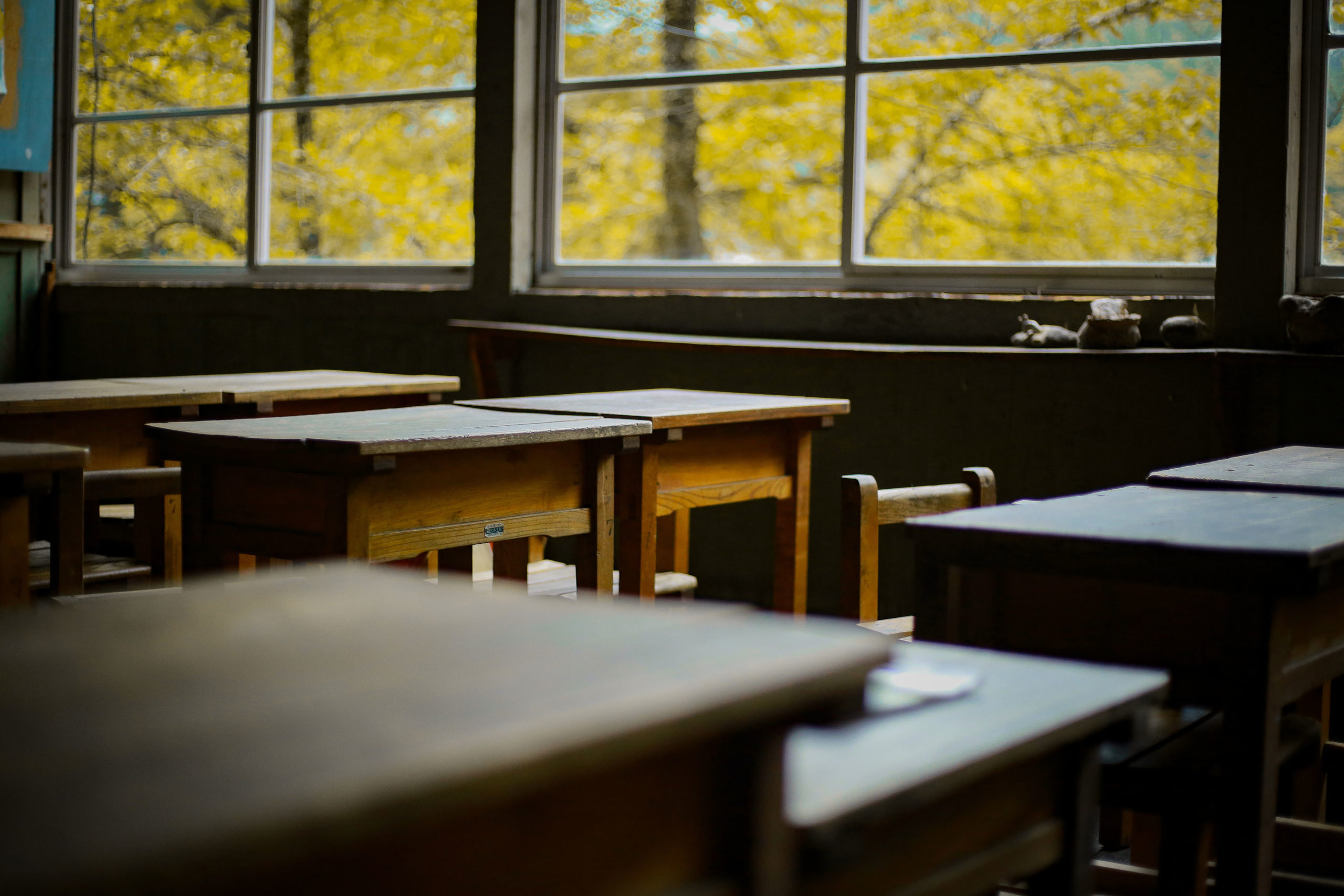 History of the Amish Parochial Schools in Pennsylvania

In the last two articles, I discussed what happened with the schools in the Honey Brook area of Pennsylvania in the 1960s. In this article, I will discuss what happened a decade earlier, when the Amish parochial schools were first founded in the Commonwealth of Pennsylvania. In the early 1950s, Pennsylvania state law—known as the Pennsylvania Compulsory School Attendance Law—required that all students attend school up to the age of sixteen. Amish parents refused to send their students to high school, resulting in run-ins with the law.

In September 1950 in the Altoona Mirror, the newspaper journalist explains the situation:

“’Held for defying the Law’ is an annual happening in communities where Amish families reside. Differences with school boards, which are required to enforce the school attendance laws, continue in various parts of the state.

Down in Lancaster County 13 parents are under bail, and they face jail terms, for failure to send under 15-year-old Amish children to school. In Belleville, Mifflin County, one father has finished a five-day jail term and he faces another prosecution in keeping a 14-year-old daughter out of school. Eighteen others in Kishacoquillas Valley, Lewistown, area, face prosecution. In Somerset County, the settlement also faces prosecution, being in frequent skirmishes with school officials.”

Let’s focus on the Lancaster County incident: Amish in Leacock Township refused to send their teenage children to the local schools. As a result, they were brought to court for their actions. In September of 1950, sixteen Amish from Leacock Township—three women and thirteen men—were brought to court for refusing to send their fourteen-year-old children to school. At the Lancaster County Alderman’s office in downtown Blue Ball, they pleaded “not guilty” of the charges against them. The alderman (an elected county representative) withheld his decision and stated that he would make a final judgment six days later.

When Friday the 29th arrived, the Amish were late: their bus had motor problems, thus delaying the hearings.

Among the sixteen defendants were three widows; one widow was a mother of nine children. The threat of going to jail was terrifying for the three women, and one of the widows cried softly during the hearings. In defense of the widows, one Amish minister stated, “They are ready to stand up with the rest of us.” An anonymous person paid the fines for the women, thereby preventing them from spending time in jail. 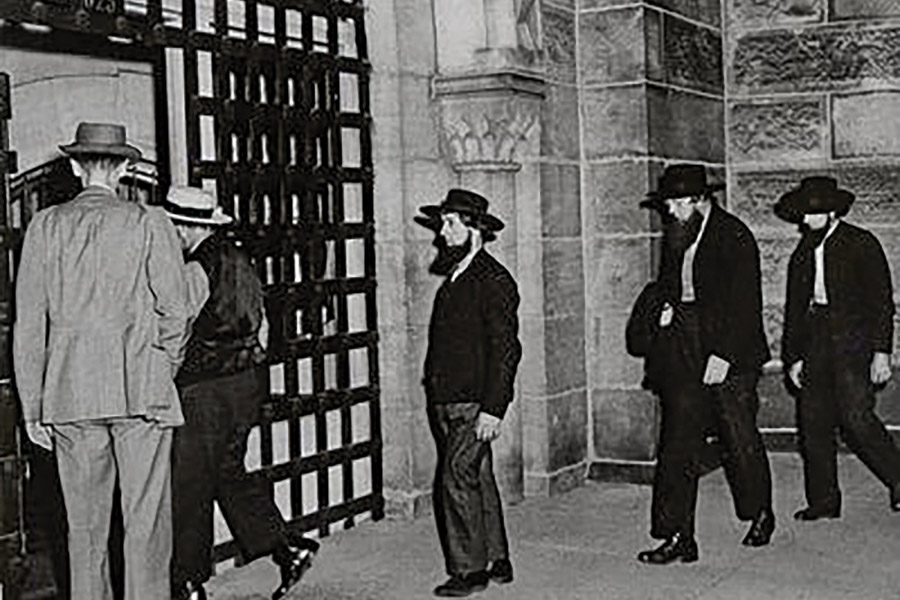 I had the opportunity to talk with one of the sons whose father was jailed during this time. One memory he shared was that his father was in jail when his sister was getting ready to be baptized. As the Articles of Baptism were being read, their father sat in jail. Thankfully, he was released from jail on Saturday evening in time to attend the families’ supper event. Unfortunately, their father was sent to jail multiple times over the compulsory attendance law, and it was hard for the family, as they had to do extra work around the farm since their father wasn’t at home.

Afterward, the two of us had the chance to revisit the Hollow School in Leacock Township. The school has an interesting history—it was built in 1792 by pioneer Joseph Rutter, who decided to build a rudimentary log cabin school for the local children. It was later rebuilt and moved on a nearby ridge, and the school is known as one of the oldest continuously used schools in the area. In 1950, there were only three Amish schools in Lancaster County. Today, there are approximately 300 private one-room school programs in the Lancaster region among the Amish and the Old Order Mennonites.

During our visit to the school, the children sang a few songs for us, and soon it was time for recess. We observed the youngsters out in the schoolyard, playing baseball, yard games, and bouncing up and down on the seesaw. Their laughter brought a smile to my face as I thought back to my childhood school days at the Fairview School in Honey Brook. Back in the classroom, the students diligently focused on their schoolwork. Everything was neat and orderly, and it was clear to me that the task of education was taken seriously.

But why was it so important for the Amish to educate their own children? Aaron Beiler, the spokesperson for the Amish Committee of Education during the early 1950s, sums it up well in this line from one of the Lancaster County hearings:

“We love and honor all virtuous persons that differ from us, and hope God will have regard to every such one according to His sincerity…. We feel obligated to teach our children by doing, teach them self-support, and not to depend on the State for subsidies and pensions, yet pay our taxes and help our neighbors”. 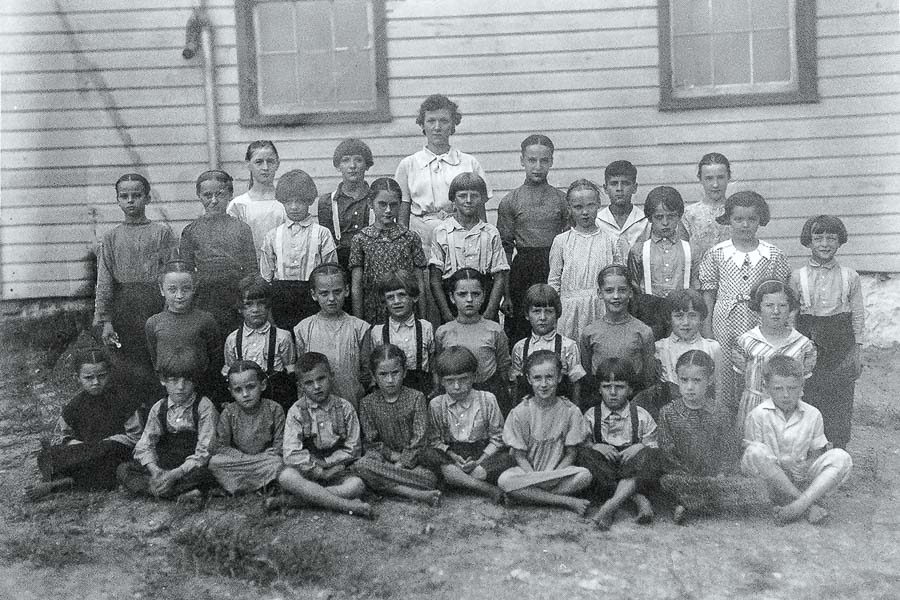 So, how did the situation resolve itself?

All through the early 1950s, there were multiple attempts to come to an agreement between the Amish Leaders, the Pennsylvania Department of Public Instruction, and the Justice Department. During this time, many Amish parents were jailed for their beliefs; Amish representatives spent countless hours working to negotiate an agreement; and many families endured disruptions in their schools and homes.

By 1955, a new governor was elected in Pennsylvania who finally settled the Amish school problem. Governor George M. Leader stated that he was “very sympathetic to the schooling for the Amish children” and that he was “inclined to be lenient towards them.”

After many conversations with Amish representatives, Governor Leader came to this conclusion: “The problem does not seem to be one of the law, but the interpretation of the law.”

Under the new Governor Leader administration, the Public Department of Instruction and the Amish church leaders established a vocational program ruling for fourteen-year-old students.

In Pennsylvania, the Amish were finally able to have more of a say in how their older children were educated without the threat of being jailed. 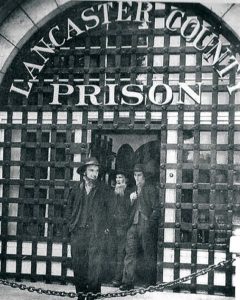 Next month this series on the Amish parochial schools will conclude with an article on the history of the Supreme Court’s 1972 ruling on Wisconsin v. Yoder.

Credit goes to the following books for research and documentation on this article: Pennsylvania School History 1690-1990 by Chris and Sadie Lapp and History of Vocational Schools, Amish and Mennonite for Fourteen Year Old Pupils compiled by Christian G. Esh.

Elam Stoltzfus currently serves as caretaker of the Nicholas Stoltzfus Homestead in (Berks County) Wyomissing, Pennsylvania. In 2018, he traveled to Germany to document the history of the Stoltzfus family—this research is documented in German Lutherans to Pennsylvania Amish: The Stoltzfus Family Story. To order a copy of this book, you can mail a $30 check to Elam Stoltzfus, 1700 Tulpehocken Road, Wyomissing, PA, 19610.