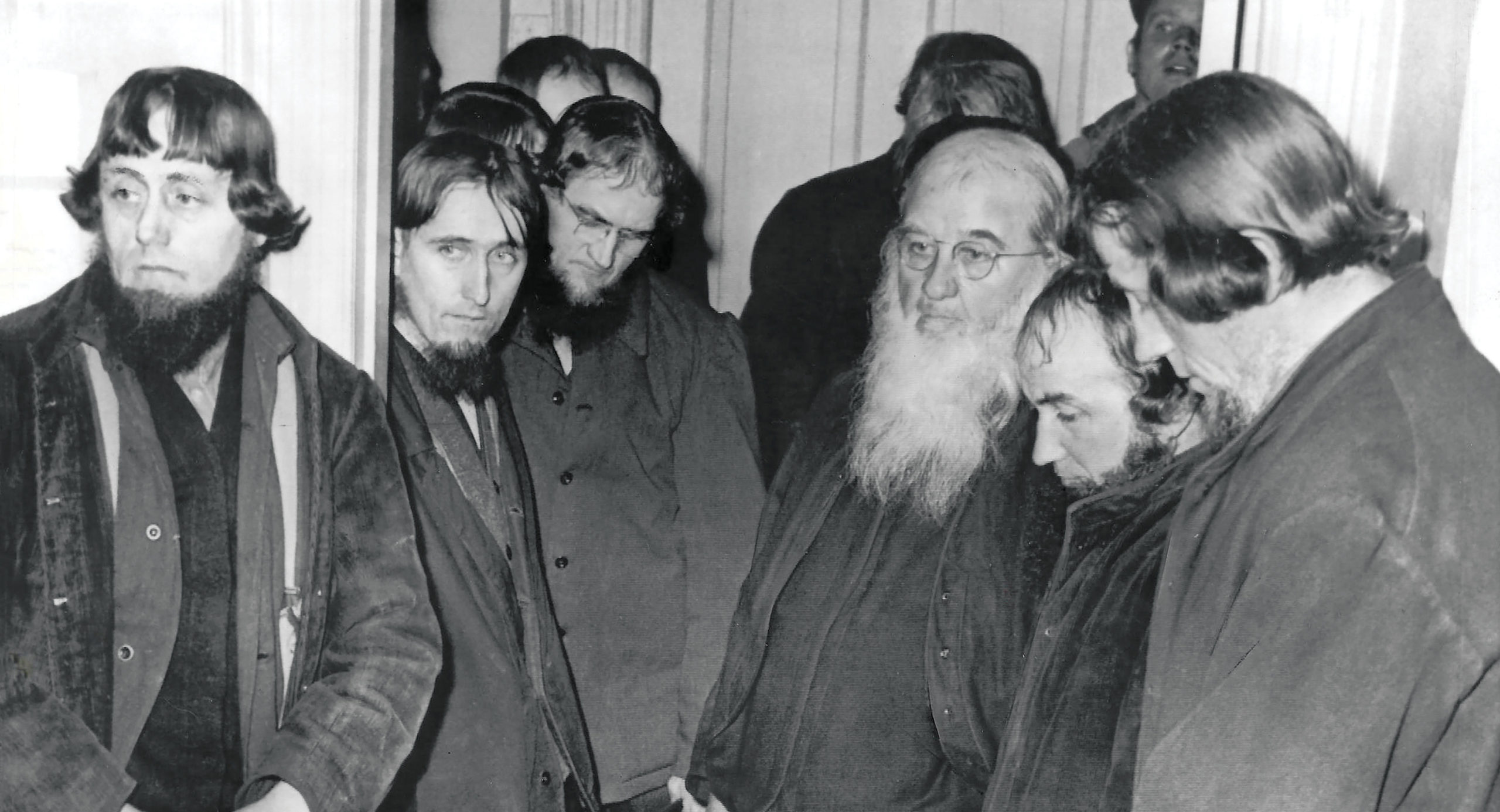 History of the Amish Parochial Schools in Pennsylvania

The nine Amish men had been sentenced to jail. They refused to pay the penalty of fines and costs for not sending their children to the “worldly and distracting” consolidated Twin Valley High School. The two-hour hearing leading up to their sentencing was tense.

Midway in the hearing, there was a heated exchange between W.O. Trindle, Justice of Peace; Vincent Grant, Twin Valley board solicitor; and Aaron E. Beiler, spokesperson for the Amish. Beiler had something he wanted to share in the courtroom. Grant did not want to hear what Beiler had to say, so Grant curtly stated that Beiler’s comments were not relevant to this case. Beiler did not want to be cut off, so he spoke up, and firmly asked the court to reconsider sending the men to jail.

He asked the Justice of the Peace, “Can’t you give us any consideration?”

Justice Trindle responded to his question, “What kind? We’re giving you every consideration under the law.”

Beiler replied, “There are human considerations; these men are going to jail because of their beliefs and their convictions.”

The Amish men pleaded “no defense,” and their closing comment was, “We are at the mercy of the Court”. 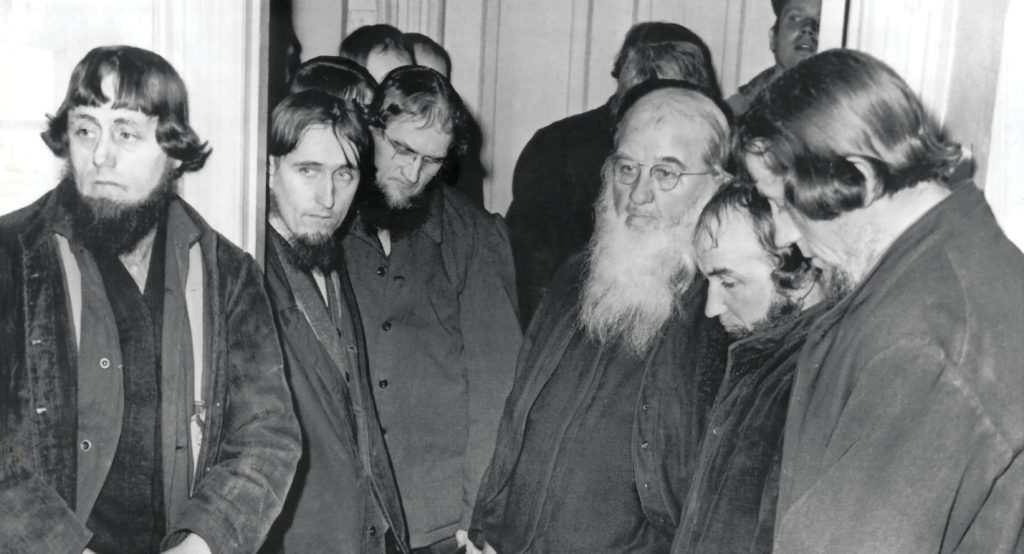 Amish men from Honey Brook, Chester County, who were committed to Chester County Prison for violations of the state school compulsory attendance law

The court sentenced the nine men to spend two nights at the Chester County Prison Farm. The men were fingerprinted and photographed, given a brief physical examination, asked to give an account of their personal history, and then all nine were committed to jail.

This was a terrifying time for the family members of the nine men. One man I talked to, who was sixteen at the time, recalled the uncertainty and anxiety that his family had over the situation.

He had traveled with his father to Honey Brook the day of the hearing. He was shocked by what he saw and heard at the hearings, and he couldn’t believe his eyes as he watched the police put his father in the backseat of the police car, headed to jail. Still in shock, the young man walked out to his father’s horse and buggy and drove a lonely ride home. Upon arriving home, he told this mother and his siblings about what transpired in Honey Brook at the hearing that evening. The family did not know when their father would come back to the farm. His mother took the bad news in stride, and with a strong note of resolve in her voice, she told the family, “We have chores to do and cows to milk. Let’s get this work done and pray that Dad will come home soon.”

One of the daughters of the nine men—who was thirteen at the time—also shared her recollections of that time with me. She said, “When I heard my father may go to jail—then eventually went to jail—I cried myself to sleep every night. We just didn’t know what was going to happen to our parents, our community, and [our] church”.

Mercifully, the men were not jailed for a long time: they only spent two days in jail. While they were imprisoned, they spent their time in prayer and reading from the Bibles that they had brought with them. 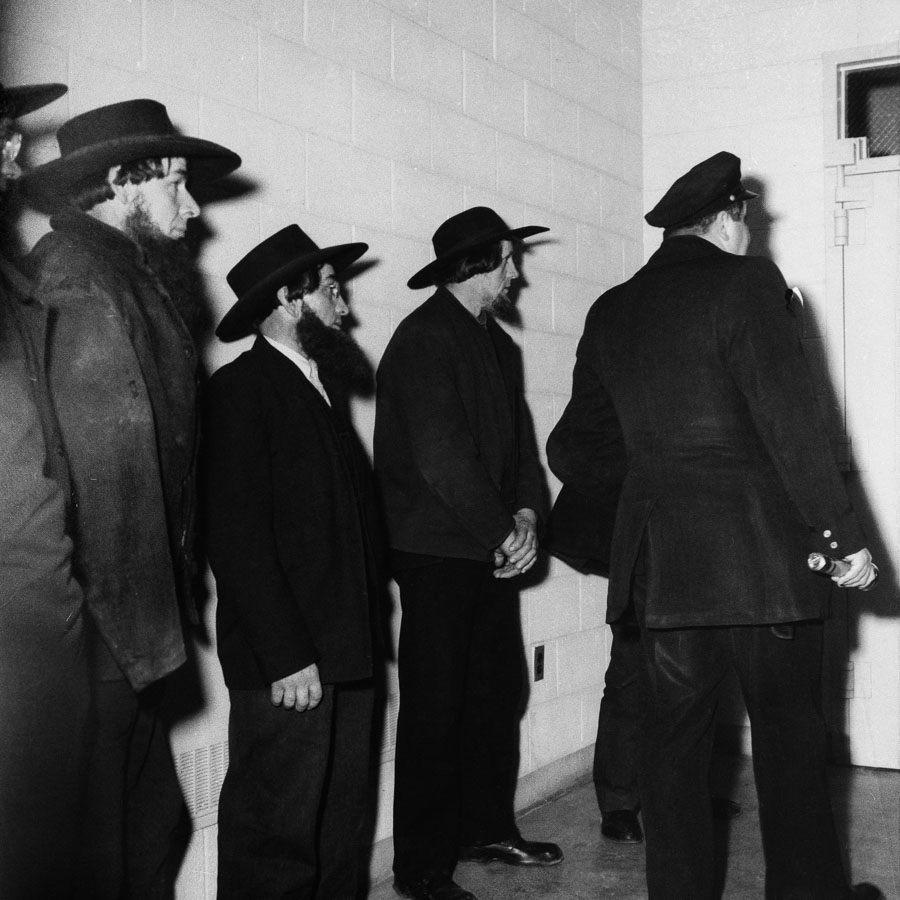 Amish fathers enter jail at West Chester, Pennsylvania on March 16, 1960. They will serve five days in prison for violating the state’s compulsory school attendance law by refusing to send their children to be public schools in nearby Honeybrook. (AP Photo)

By this time, the state government stepped in to resolve the issue. Pennsylvania Attorney General Anne X. Alpern offered the 11 families a three-to-five-year grace period while an agreement could be reached. The intent was to give the Amish the same status as parochial schools. By the mid-1960s, the Amish in the Honey Brook area formed the Fairview Private Parochial School. This one-room school was where I attended fifth to eighth grade.

As a young boy, I was oblivious to all these big changes that were taking place around me. Like the changes taking place at the nearby Twin Valley School District, the West Nantmeal School District was also closing their small one-room schoolhouses and consolidating the students into larger schools.

In second grade, I attended school at the same two-room schoolhouse as the year before—Central School. In third grade, I moved to the Franklin School. I was one of the last classes at the two-room Franklin schoolhouse. The wealthy Potts family had originally built the schoolhouse, and it had charming corner tower that looked out over Wyebrook Road and the East Branch Brandywine Creek. I still remember recess time, running down to the creek with the other boys, and exploring the woods, imagining it to be a wild frontier.

In fourth grade, I was bussed with other rural students to downtown Honey Brook to attend a larger elementary school. If I recall correctly, all the Amish students—mostly boys, from the Honey Brook area—were all placed in the same classroom. Although I missed my outdoor adventures at the more rural Franklin school, I found things I enjoyed at the larger school—particularly the well-stocked library. I enjoyed reading and checking out books such as the Hardy Boys series, National Geographic magazines, and several books featuring Disney characters. When it was time for the yearly classroom photos, my parents informed my siblings and me not to participate in the photos. In previous years, we had participated in the class photos.

Little did I know or understand that this year was the last year that the Amish students in the Twin Valley district would be attending public school. The 1967/68 school year was when the Amish in the Honey Brook area left to attend their own private, parochial school. The Fairview one-room schoolhouse in Honey Brook housed Amish students from 1st grade to 8th grade, and Thelma King taught all eight grades. We were taught the basics of the three “R”s—reading, writing, and arithmetic—along with some German language.

Thankfully, the other Amish children I went to school with didn’t think much of it, as we were all too young to understand the adults’ disagreement with one another. We were just happy to have friends to play with at recess.

It seemed like we never tired of playing Ollie Over, the game where we threw the ball over the little schoolhouse. One winter we flooded the front lawn with water to create an ice-skating rink. Fittingly enough, the games we played that winter were freeze tag and chain tag.

Of course, consolidation of schools and the confusion that went along with it was taking place throughout the state and country, not just in my little corner of the world in Honey Brook. Another key conflict about schooling took place in Lancaster County in the late 1950s. We will discuss this event in next month’s article.

Elam Stoltzfus is a guest writer for Plain Values, and he currently serves as caretaker of the Nicholas Stoltzfus Homestead. In 2016, he documented the Great Florida Cattle Drive, a historic cattle drive telling the story of Florida cowboys. To get a copy of the coffee table book featuring his photos, mail a $35.00 check to: Elam Stoltzfus, 1700 Tulpehocken Road, Wyomissing, PA 19610.