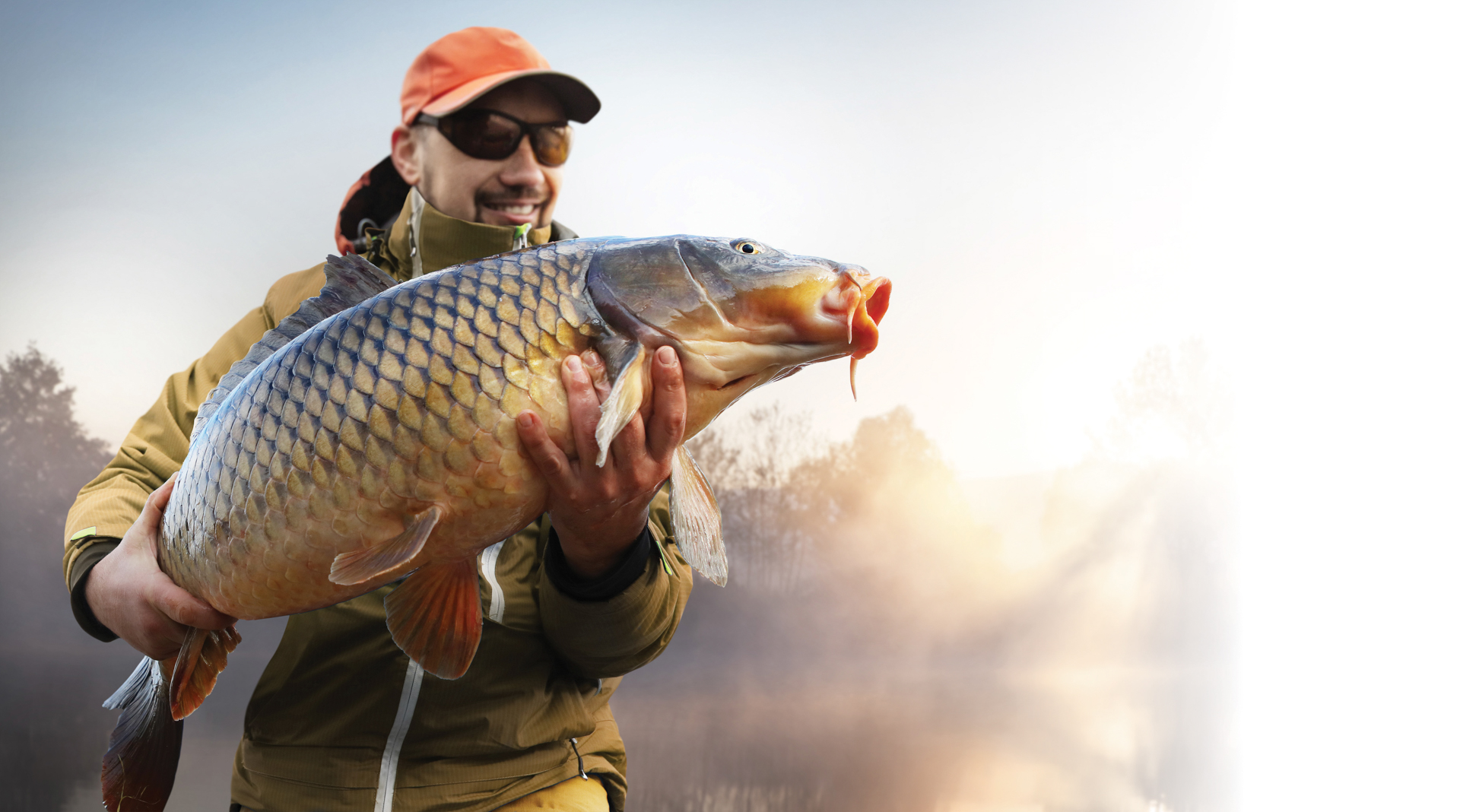 If you’re like most folks, when you think of carp, you think of a trash fish that creates muddy water by rooting up the bottom of the lake and competing with valued fish for food and space. In some places, they stir up so much muddy water that the sun cannot reach underwater vegetation that produces oxygen. This causes oxygen depletion, affecting other plants and fish. In many cases, the biologists at fisheries will chemically treat lakes that are overpopulated with carp and eliminate all the fish. When the water returns to healthy levels, desirable fish species are introduced.

Most anglers are unhappy when they catch carp and toss them on the bank. Carp are also typically associated with polluted water, unfit to eat. Few people consider them acceptable table fare because of the difficulty of cleaning them and their large bone structure. They have huge scales and very tough skin, with a pair of barbels under the mouth—not exactly a pretty fish, though some folks see them as a thing of beauty. The American Carp Society has several thousand members and highly respects these fish.

In my younger days, I caught carp for every reason you could think of, except for eating them. I cut them up and used them for raccoon and mink bait on my trap line, crawfish bait, and fertilizer for the garden.

I recall my buddies and I made dough balls out of flour, strawberry jello, and many other varieties of baits. I knew an old man in New York who swore by french fries for bait.

Catching them is not difficult, depending on the size of the fish. Bigger carp are far more wary than smaller fish. I use a worm on a line weighted with a small sinker, cast it out, and wait for a bite. Carp also eat vegetation and prefer baits made with dough. I recall my buddies and I made dough balls out of flour, strawberry jello, and many other varieties of baits. I knew an old man in New York who swore by french fries for bait. He’d cut off a small piece, put it on his hook, and cast it out. He believed carp were smart enough that they would drop the bait if they tugged on it and felt resistance from the rod. He’d open the bail on the reel so the line would pay out unencumbered. Then he’d set the hook when the fish had the whole french fry in its mouth. This became a big challenge because carp were fussy and difficult to catch in the lake he was fishing. If he caught one a day, it was a successful outing.

Some anglers pursue carp with dry flies. That sounds crazy, but it’s true, and it’s gaining in popularity every year. I was first introduced to fly fishing for carp on a large Montana Reservoir, which was extremely clear. We’d scan for carp cruising just under the surface of the water. When one was spotted, we’d cast a fly three or four feet in front of it…