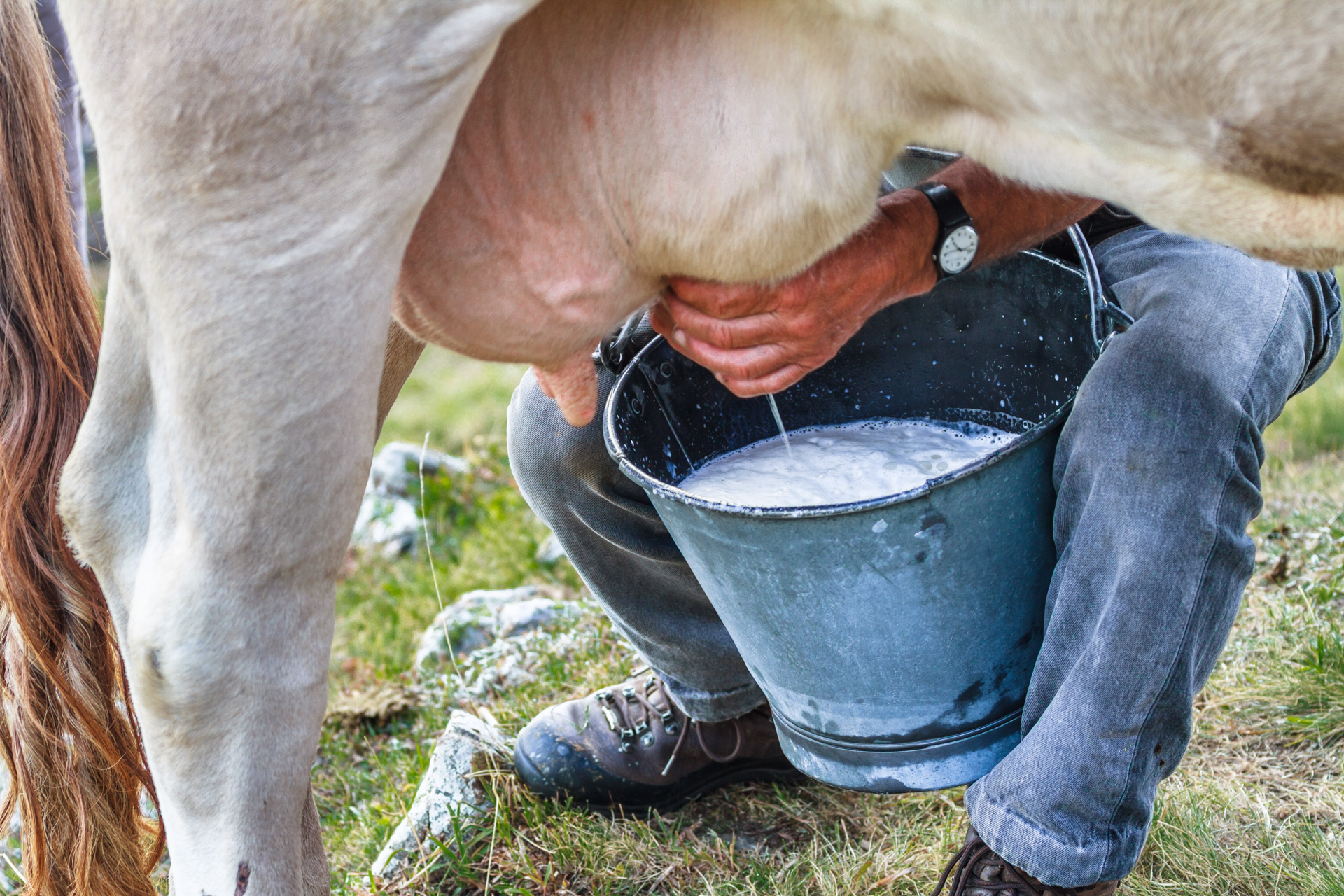 A Child comes in the back door with a full milk can; the screen door slaps shut behind him. There is the sound of a bucket being set on the bench, the clang of a bail handle against the side of the milk can. In the kitchen someone is frying bacon; the smell reaches into the basement, where at a simple counter and sink we process raw milk twice daily.

Sometimes we wonder how we got here! When we first thought we might keep a dairy cow, we worried that the chores would be too much work and that we would not be able to maintain a rigid schedule. Not only were we taking on twice-daily milking, but we would be moving our intensively grazed dairy cows onto fresh grass each time we milked. With all the other farm chores and homeschooling our eight children, were we going to have time for the added work? But while milking a cow does require commitment, it turned out to be not nearly as much work as we expected.

Take the schedule, for instance. We had read that we had to milk at exactly the same time every day, not deviating by so much as a quarter of an hour. We had heard that cows that weren’t milked on a tight schedule give less milk and were prone to mastitis—an infection that may come when the udder gets too full.

But we quickly realized that we didn’t care whether Isabel was producing the maximum amount of milk. The two to five gallons of milk she gave us daily were already far more than we were used to drinking. So a little less milk was fine with us! Anyway, since we weren’t feeding her grain, she wasn’t producing so much milk that her udder was overfull, even if we milked a little late—so she wouldn’t be prone to mastitis. So with that worry off our minds, we settled into the chore of regular milking.

And it is a regular chore, for sure! We were milking at five in the morning and four in the afternoon. Fortunately, since we homeschooled and homesteaded, being at home wasn’t really a problem for us. In fact, the consistency added a new level of order to our day. With at least one person always up to do the milking, we found that all of us were apt to rise a bit earlier. And because now everyone was awake, we all got to the breakfast table in time to say grace, so our day started in better order.

Still, when we planned an event or stayed up late at night, we sometimes wished that we could occasionally miss a milking. Wouldn’t it be nice if we had a part-time milker who would step in when we really wanted a break? Well, it turned out that our part-time farm help was right under our noses! Little had we suspected that every dairy cow comes with her own personal milker, an expert who works free of charge, and is a champion at his job.

When Isabel came to live with us, we didn’t know anything about keeping dairy cows, so we ordered some books and extension office bulletins on dairying. These resources instructed us that when our cow calved, we should take her calf away immediately and bottle-feed it calf formula. It should not be allowed to nurse: if it did, it would get sick, plus, there would be less milk for the humans…