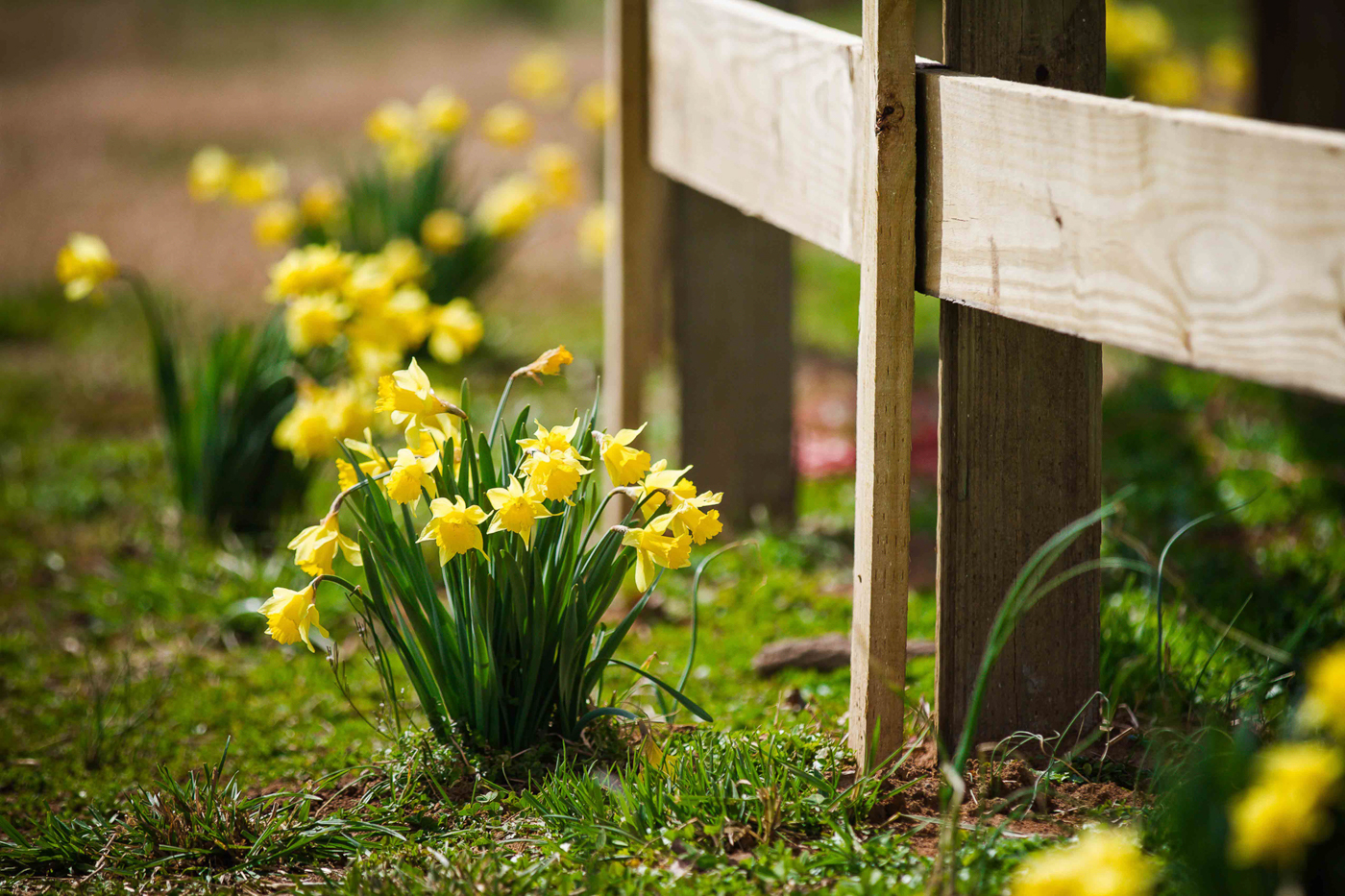 Here in the middle of Tennessee, the arrival of March signals the return of spring. The long-awaited blooming of yellow daffodils that encircle our family cemetery here on the farm lets us know that winter is wearing thin, and the warmer weather will soon be on its way. The pretty daffodils are also a gentle reminder of my beautiful bride Joey’s passing this month six years ago.

After a whirlwind music career together that we didn’t see coming, and then a few years of touring and traveling, we had come back home to strive for less and yet, believe in more. So as Joey’s garden flourished in 2012 and ’13 and our weekly television show grew in popularity… early 2014 found us taking a year off from music and television and welcoming our new little girl, Indiana, into the world.

We both knew what a gift she was to us and wanted to make sure we didn’t miss a moment of that first year. So in January that year, I put my songwriting pen away and began writing a blog called This Life I Live. Along with the blog, I picked up a camera and did my best to capture our lives in an even more intimate way for the next two years. Even though we had put our musical dreams on hold for a while, Joey and I hoped and believed that an even more important story was about to unfold. Our goal was to document and share our life journey as we went along.

In February, Indiana was born at home, here at the farmhouse, naturally, just as babies had been born in this old house for 150 years. The birth went just as expected, but Indy’s little almond eyes were a surprise to all of us. In the nine months before, we had never given any thought to the idea that our little one might have Down syndrome. So a few days after she was born, when the tests confirmed that she had an extra chromosome, it caught us both off guard.

Those first few days were filled with phone calls and visits from friends and family excited to hear about the new baby, with most people responding by saying “I’m so sorry” or not knowing what to say at all when we shared the DS diagnosis. And we understood. We weren’t upset. Everyone, of course, meant well. But even with the disappointment that seemed to be spoken between the lines of the well-wishing, we were far from disappointed. We were in love. We knew that God had given us the baby and the future that He had planned for us, and that was all we needed to know.

Those first few months with Indy were magical. Although Joey had always been afraid of having a baby and concerned that she might not be cut out to be a mother, the moment the midwife put Indiana in her arms, her whole life changed. She, for the first time, seemed to understand what life was truly about and what her true purpose was. In the weeks that followed, she even began imagining having more babies together but wanted to be prayerful and seek what God wanted, more than what she or I had in mind.

By May, those prayers were answered in a follow-up visit with her doctor, who saw something on her cervix that concerned her. Within days, the doctor’s fears were confirmed with a cervical cancer diagnosis. A full-hysterectomy surgery was scheduled to remove the cancerous area and to keep it from spreading. The surgery was difficult for Joey but thankfully successful. Although Joey was disappointed that no more babies were in her future, she was thrilled to get to be a mother to Indy, and within weeks life was pretty much back to normal.

As Indy grew, she thrived and brought so much joy to us and everyone around her. By Christmas-time, we were back on stage in the concert hall, blessed this time to bring our little one out to the shows and introduce her to the audience.

The new year brought on more new creative opportunities, stretching our wings even more, with us making a feature film in Virginia and then returning back home for more sold-out concerts at the farm. But something was wrong: Joey’s health began taking another turn for the worse. That summer, she was diagnosed with stage 4 cancer.

It was a surreal moment for us for a number of reasons. First off, Joey had always done such a great job of taking care of herself. She was a conscious, healthy eater and exercised regularly, and she did all the right things to take care of herself and her family. But also, getting news like that when you have a 15-month-old baby is a hard thing to comprehend. And yet, Joey’s faith was incredibly strong. She trusted God and wanted to do whatever it took to fight it. We spent the summer in Chicago and then Newnan, Georgia. First for another very difficult surgery and recovery and then a long regime of chemo and radiation. And through it all, Joey remained hopeful and positive, believing that the cancer would be removed and life could resume as normal, in time.

In October, those hopes were dashed again as another round of testing confirmed that the cancer had continued spreading at an alarming rate. The doctors offered to do more. To try more. But after much prayer and consideration, we decided to take a different route. We came home instead. They had given her six to nine months to live… and so, our choice was to fully live that time together with all the love and hope we had. We hadn’t given up hope; we just shifted our trust from the medical world to the one we knew could heal her if He chose to.

And so we came home. First to our farm here in Tennessee, and then one final tour bus ride to Joey’s hometown in Indiana. She wanted to be with her mama and daddy and sisters and family. However much time she had, she wanted it to be purposeful, and if life was going to end, she wanted it to be in the place where it began for her 40 years before.

I can honestly say that time in Indiana was maybe the most special of any time in my life. We lived in a small house on Bill & Gloria Gaither’s property just across the pond from them, and all we had was a few things in a suitcase, each other, our family, and our faith. And somehow, when life gets cut down like that, when it’s just the essentials, it has a way of getting richer. Much, much richer than how we all usually live it. We were scared, but we were together. And my bride’s faith in whatever God had in store was inspiring to all of us.

We had no plans or agenda for those last few months except to be together. We shared each moment with Joey and the ones we loved, and it was truly incredible. As the new year began and Joey’s strength dwindled, she continued to do the things she loved from her bedside the best she could, planting seeds in eggshells for the spring and teaching our little one sign language and reading books to her. 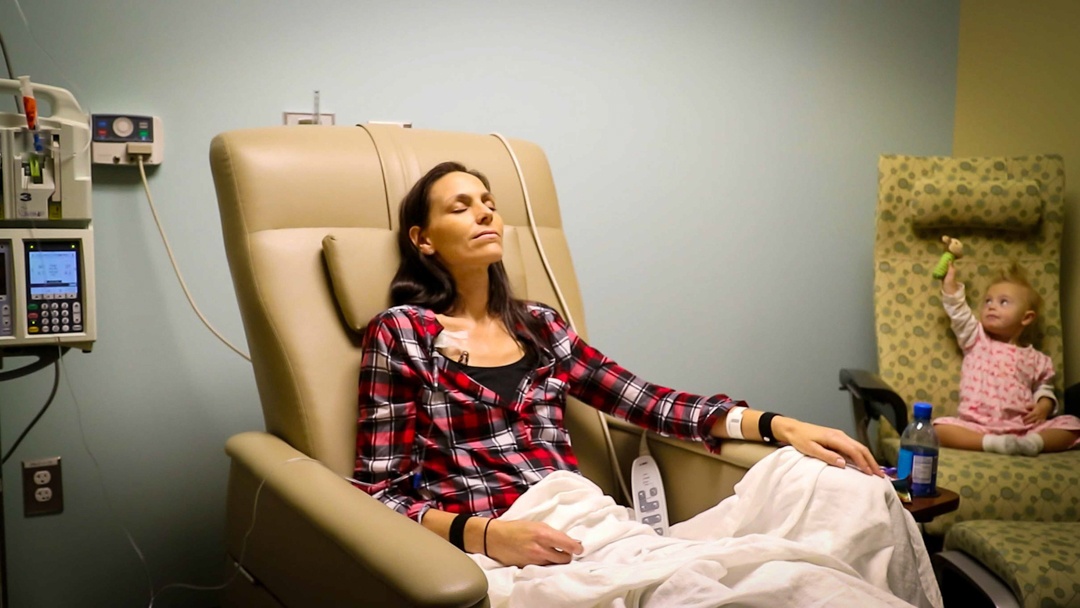 Just after Indiana turned two years old, Joey passed away. It was bittersweet for all of us. Unimaginable, and yet after such a difficult struggle for the last year or more, we had relief that she was no longer hurting.

During that final year, we had continued capturing and sharing our story via the blog This Life I Live that I’d been writing, and week-by-week, month-by-month, more and more people had begun following our story. By the time Joey passed away, there were millions of people praying for Joey and grieving with us at her passing.

A few days later, on March 8, 2016, we found ourselves back at home on the farm for the first time in five months, gathered in the concert hall with family and friends, celebrating Joey’s life. And following the service, we formed a procession that led to the family cemetery, where we laid her to rest.

Then, just as now, the daffodils were blooming. Although it was an incredibly difficult winter season for us, it was hard for us to see at the moment, but spring was on its way. And with it, somehow, our grief would be overshadowed by our gratitude for the time we had with Joey. And in the months and years that followed, seeds that had been planted in our hearts during this hard winter would begin sprouting, and new life would soon abound… 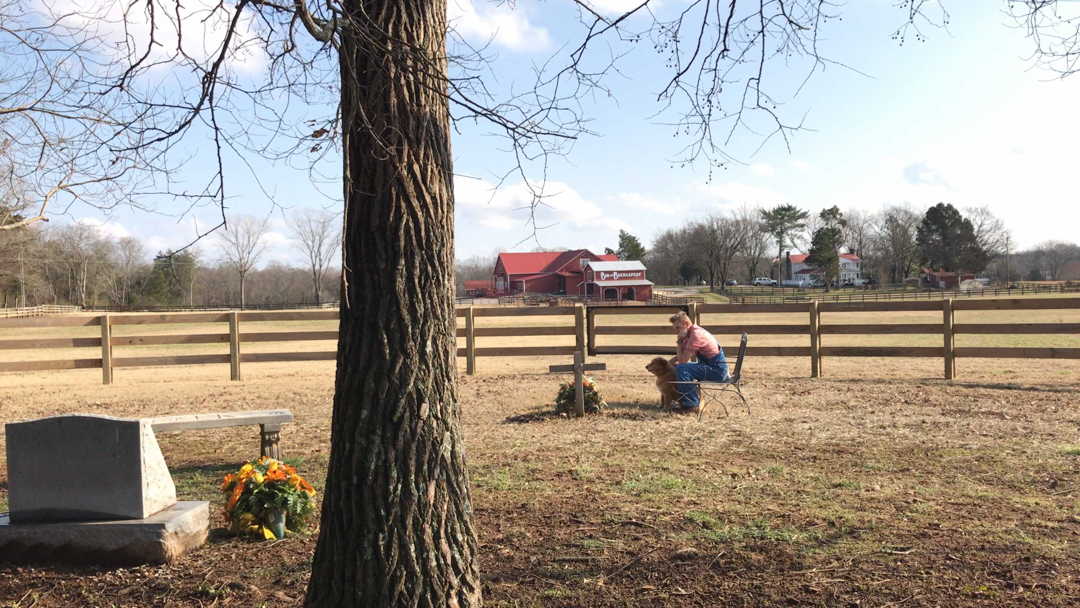