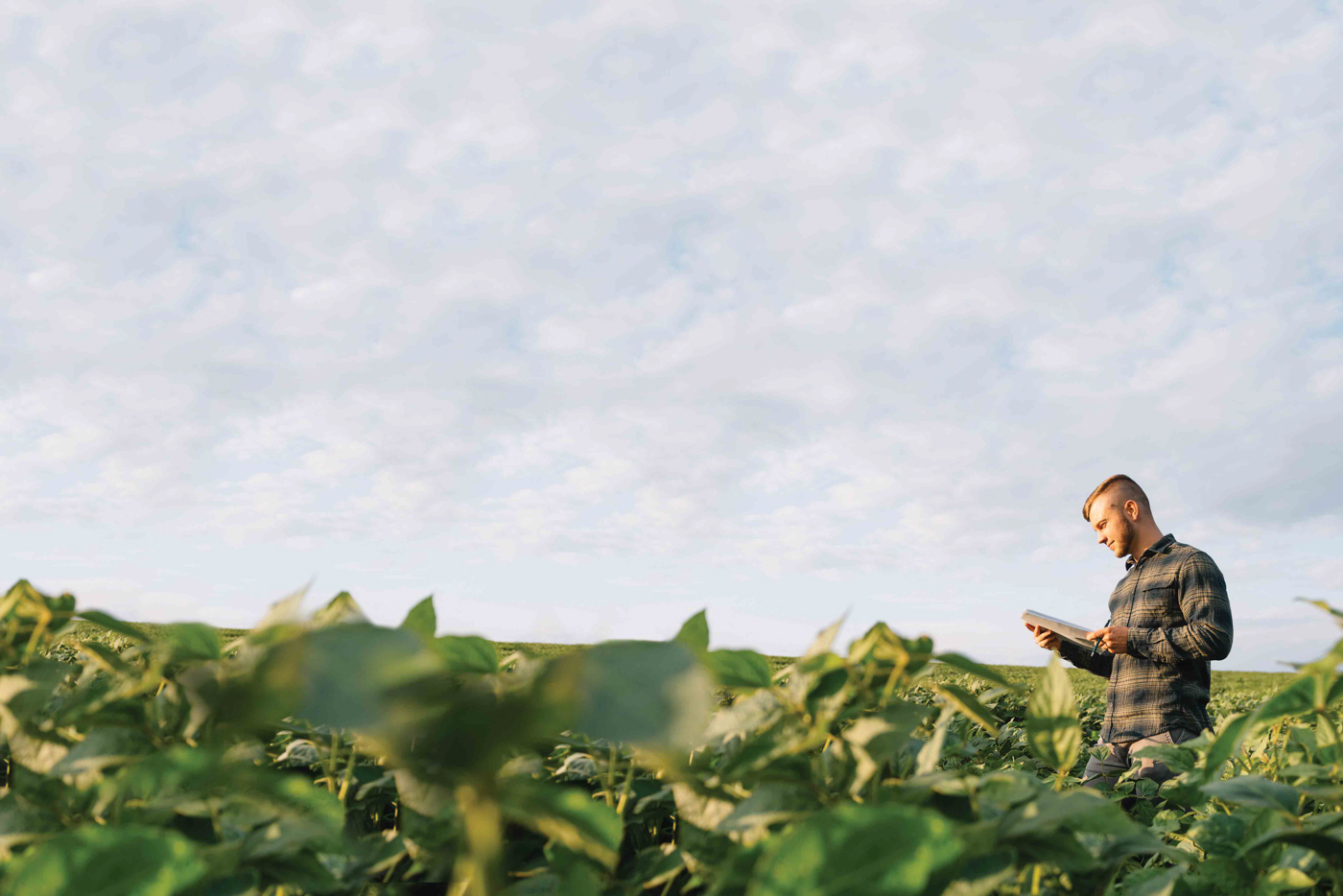 The single biggest cost—and hurdle—in starting a farm of any size is the land cost. Our own nation has gone from free land to extremely expensive land. Old farmers today who acquired their land in the 1960s often have a hard time appreciating the land cost issue for aspiring new farmers.

The point of this short example is that what grandpa did no longer works. To us conservatives, this is a hard pill to swallow because we don’t want things to change drastically. We like keeping things the way they’ve been. But a 20:1 ratio is a different climate than a 1:1 ratio—that is real climate change. That means we must think and do differently—drastically differently.

Look at it another way, when young people can’t get in, old people can’t get out. The historic seamless transition between generations, whether blood relatives or not, is complicated with this new land market value:land production value ratio. It’s a real hurdle to entry for the next generation. It complicates inheritance and all succession discussions.

Anyone currently in farming or aspiring to it understands this entry hurdle. Land costs stymie the most intrepid farmer wannabes. This new reality is perhaps the biggest reason why the average American farmer is now 60 years old. People who study business agree that when the average practitioner in an economic sector is above 35 years old, that’s a sector in decline. In fact, any business can take its own vibrancy temperature, if you will, by adding up its team and seeing if the average is above or below 35 years old.

In farming, many outfits are only one person, and the business waxes and wanes according to the vibrancy of the farmer. Cycles of life are real. Historically, tribes gained wealth by leveraging elder wisdom on youthful energy. When a business outfit lacks either elder wisdom or youthful energy, it’s imbalanced. Too much elder, and it’s stagnant, even in-grown. Too much youth, and it’s inefficient.

I’ll make a bold statement: any farm that doesn’t employ at least two people from two different generations is unsustainable. That means existing farms lacking young people need to figure out how to bring someone on, and young farmers have a better chance of success if they partner up with an existing older farmer. For the sake of discussion, let’s not muddy the waters by talking about family and relatives. Let’s just keep the discussion simple: young people germinating into farming.

The farming business gurus I’ve followed all my life have made a significant and consistent pitch for separating farming from land ownership. In general, land ownership is for folks who have money and want to hold onto it; what is called a financial defensive position. Land management, on the other hand, is for up-and-comers on the front end of financial development; what is called a financial offensive position.

Probably the single biggest pitfall aspiring farmers fall into is the notion that owning property is necessary to farm. It is not. In fact, that notion keeps many young people who have the savvy and heart to be successful farmers from ever starting. Or it cripples their finances for so long that they never have the capital to develop a property into profitability.

For the record, our farm has never had a marketing target, income target, or even done a formal business plan. This column is not about greedy wealth. It’s about becoming profitable fast enough to make a living. I have no desire to be rich. But I do need to pay my taxes, put shoes on my feet, and pay for transportation to visit friends once in a while. God gives us our mental and physical equity; part of stewardship is leveraging it to further our ability to be His hands and feet.

With all this in mind, then, how in the world does a young person start farming without buying land? Imagine a mobile farm, where virtually all the infrastructure is portable. Again, I know I’m pushing on paradigms here. In addition to owning land, most farmers also own a barn. After all, what kind of farm doesn’t have a barn on it?

Be creative. If I’m going to farm without owning land or building a barn, what are my options? Obviously equipment is mobile. A hay baler that works on owned land is just as effective on unowned land. Equipment can move from place to place; that’s easy to understand.

Digging deeper, fencing can be mobile. It doesn’t have to be expensive stationary material. It can be lightweight mobile electric. As farmers age, more and more land is becoming available to rent. Our family now leases 15 properties in the area. Often new buyers are not farmers; they’re urban folks with money seeking a financial and lifestyle refuge. My mentor Allan Nation, founder of The Stockman Grass Farmer, said that if you know how to make a property beautiful, you’ll never lack for land.

Kit Pharo out in Colorado has 100 landlords and runs thousands of head of cattle on unowned land. Greg Judy in Missouri leases many adjoining properties, several of which pay him to lease their land because his cattle keep it in land use taxation, and that’s cheaper than paying someone to mow it annually. The point here is that if your infrastructure is cheap and portable, leases and other collaborative arrangements are not very risky. If things go south, you just pick up stakes and move to another place. 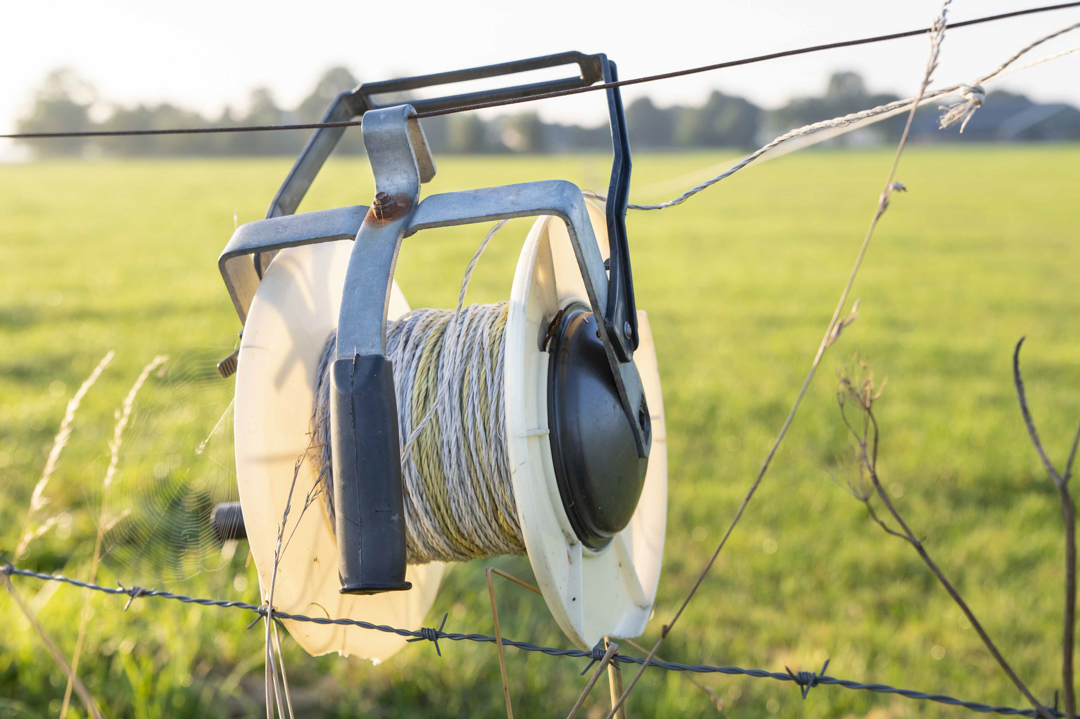 Our pastured poultry operation probably illustrates the portable farm concept as well as anything. Mobile field shelters offer $7,500 per acre gross income; the whole operation uses transportable infrastructure from brooding to grow-out to processing. Because the shelters are modular, we achieve scale by duplication and not by amassing centralized stationary infrastructure.

If you want to grow a chicken for an industrial outfit, the first thing you need is a half-million-dollar chicken factory. But with pastured poultry, all you need is some pocket change to build a mobile shelter. If you like it, you can build a second one. We now have 200 of these shelters, but we built them over many years with cash flow and no debt. Dave Ramsey would be proud.

Another consideration in farming without land ownership is to stack another enterprise on an existing farm property. Most farmers work long, tiring hours and can’t imagine adding additional enterprises, like an orchard, to dairy or pastured chickens. But I don’t know of a farm in the world, including ours, that can’t enjoy increasing income ten-fold simply by adding enterprises. Some of these can be complementary enterprises, and others can be value-adding to an existing enterprise.

For example, a farm producing peaches could put in a kitchen and start selling peach cobbler. That’s what D. Howard Doane called “vertical farm diversification.” His book by that title is one of my well-worn favorites. If you grow corn, make cornmeal muffins. If you grow wheat, feed it through pigs. If you have trees, put in a band sawmill, then add a woodworking shop.

If you start brainstorming what could be done or grown on a farm property, you’ll never exhaust the possibilities. I know a fellow in British Columbia who had an old iconic German bank barn. He cleaned it up, turned it into an art gallery, and sold all his farm produce to the 20,000 folks who visited the art show each fall—in four weekends. How about that? He sold lamb sandwiches and stew along with other things he grew on his farm as a concession to the visitors.

On our farm, we’ve launched several young farmers on land they were able to use rent-free. What beef cattle farmer wouldn’t want a pastured poultry enterprise piggybacked on his land base? The chickens leave nitrogen-rich droppings that turn the pasture green, growing more grass for his cows. A fellow in Belize, Central America, started growing chickens under his citrus grove. Because wormy fruit dropped to the ground, the chickens cleaned up the worms, which eliminated his need to spray, and the chickens gave him eggs to sell at the local market. Adding the chickens dropped his expenses and increased his income—a two-fer.

Unfortunately, most farm children who want to farm grow up coveting the neighbor’s land, hoping the neighbor’s dad will die before his own, creating an opportunity for expanding the land base. This is not a good mindset. With the mobile farm concept, the farm can grow internally and symbiotically with complementary enterprises.

Probably one of my favorite pieces of paper is a yellowed sheet that my dad wrote 35 years ago, just before he died. He called me into his desk area, and we sat for an hour, brainstorming the number of incomes that our little farm could generate. At the time, it was barely keeping Teresa and me afloat, but Dad’s optimistic vision wouldn’t let the status quo define the future. At that time, he wrote down nearly 25 full-time incomes. If I did it today, I think I’d have perhaps 100.