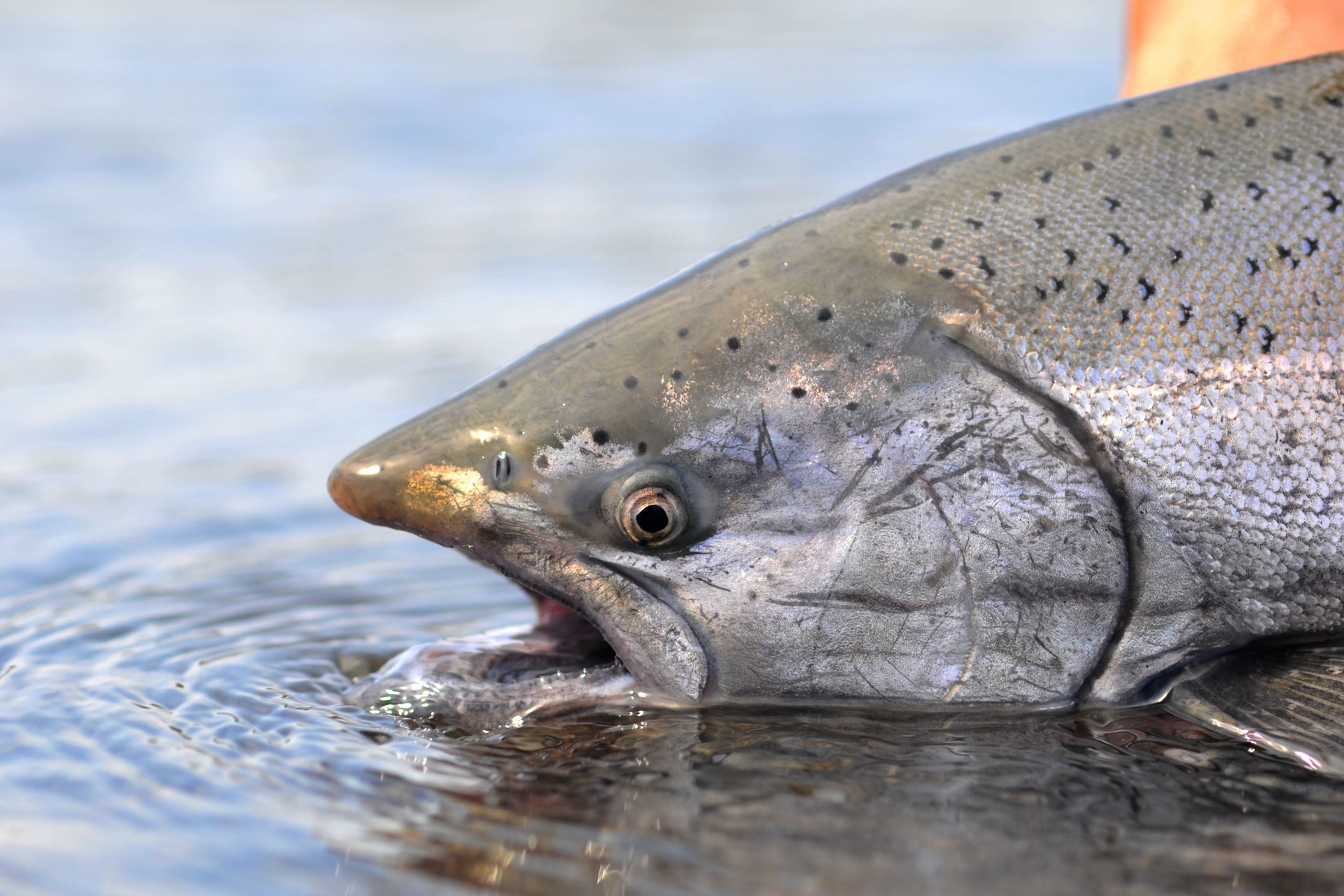 Imagine a fish that is born in a stream, often swims a thousand miles or more to a place where it lives a few years, and then swims exactly back to its birthplace, spawns, and dies. That’s the salmon, an amazing nomad that inhabits the northern regions of the U.S., Alaska, Canada, and other parts of the world.

This fish has a unique lifestyle that is very different from others. Most fish don’t die after they spawn, as salmon do, and very few navigate their way back to the very spot where they were born. I’ve been to fish hatcheries where young salmon are raised and released into small streams at the hatcheries. After they swim to the ocean, which can be hundreds of miles away, they remain for several years. When mature, they will swim back to the hatchery to spawn. At that point, fish are captured by hatchery employees who extract roe from the females and milt from the males. The results are newly fertilized eggs which will produce millions of young salmon. However, Mother Nature allows only a small number to survive to maturity. This is true with all species of fish. To me, the ability of a salmon to find its way back to its birthplace after being gone for years is truly amazing, but so is the homing instinct of the tiny wren that’s born in my birdhouse. It flies away to distant areas for the winter, and returns in the spring to the same birdhouse where it was born. These instincts and other peculiarities of wildlife behavior are awesome and reinforce my love of everything natural.

For many reasons, the salmon has millions of admirers across the country. They’re terrific fighters on rod and reel, some subspecies attain great sizes, and they’re a culinary delight with beautiful bright orange meat. Limits are often liberal, and your fishing trip can result in plenty of fish to cook, can, or smoke. 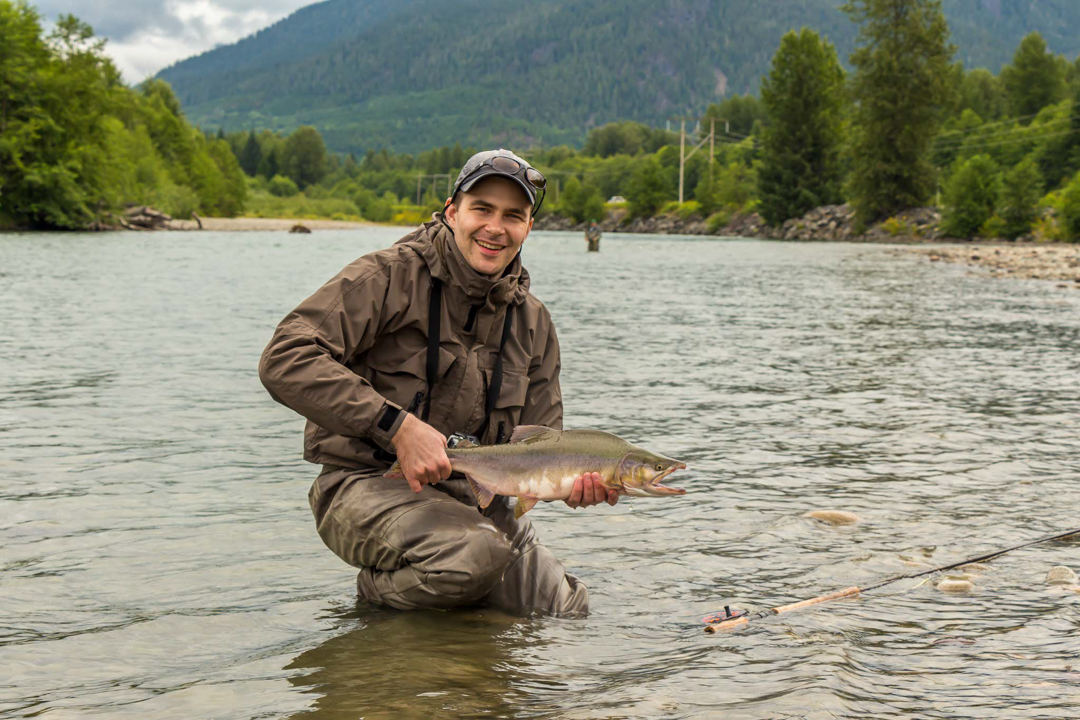 When you discuss the salmon species, you are generally considering the “Big Five Pacific Salmon,” which include the king salmon (chinook), silver (coho), red (sockeye), pink (humpback) and dog (chum). However, there are other important species including the Kokanee and Atlantic salmon, both found in the U.S. A freshwater version of the Atlantic salmon is the landlocked salmon, mostly found in the Northeast.

Salmon that are born in freshwater streams and then swim to the ocean are called anadromous. They may spend four or five years in the ocean, feeding heavily until fully grown. Interestingly, salmon typically prefer certain areas in the ocean. It’s said that the longer they spend in the sea, the bigger they’ll grow. Salmon that inhabit freshwater lakes and cannot swim to the sea are incapable of spawning, therefore, hatchery fish are introduced regularly to ensure that there are adequate populations.

In many areas where salmon spawn in the wild and are also stocked by hatcheries, the adipose fin on hatchery fish is clipped off before the fish is released to swim downstream. When the fish grow to catchable sizes, anglers must release all salmon that still have an adipose fin, which means it’s a wild fish. However, if the adipose fin is missing, that means the fish was raised and released from a hatchery and can be kept. As you can imagine, there’s a great deal of excitement when someone is fighting a salmon, and everyone is straining their eyes to see if there’s an adipose fin when the salmon finally comes into view. If the fin is present, there’s usually a large collective groan. But if the fin is missing, there’s a lot of fist-bumping and high-fiving, which indicates the fish is a candidate for the skillet…