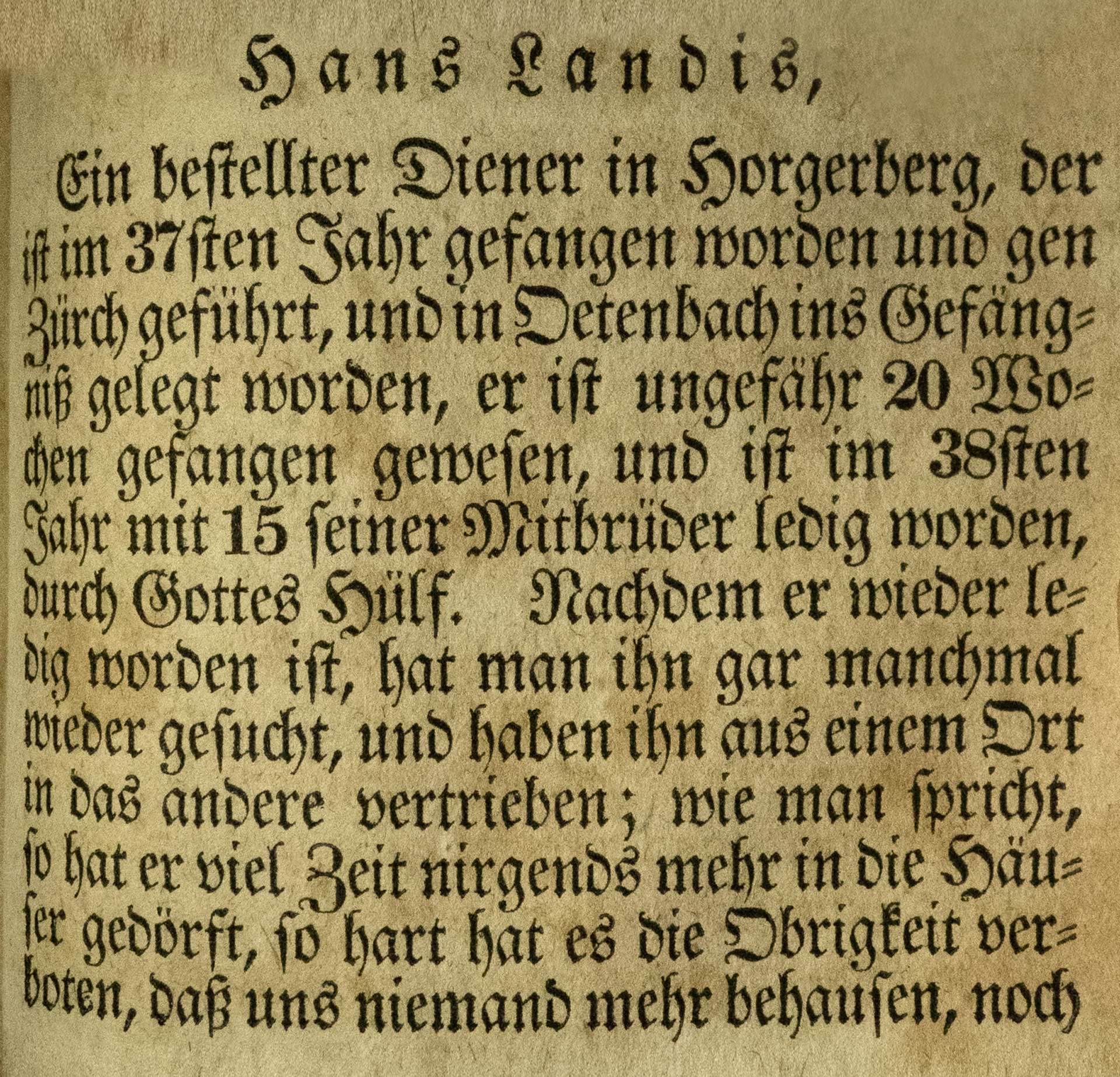 This month is a continuation of stories from “A True Report of the Brothers in Switzerland” (Wahrafftiger Bericht von den Brüdern in Schweitzerland) about the Landis name found on pages 851, 852, and 853 in the Ausbund and other sources.

Hans Landis, a Swiss Brethren martyr and preacher from Wadenswil was imprisoned in the Wellenberg tower which stood in the Limmat River in Zurich. His story is recorded in the Ausbund song number 132 depicting his death by an unknown writer with the first line stating, “Ich hab ein schön neu Leid gemacht” (“I have written a beautiful new song”).

The original researcher of the Martyr’s Mirror, Thieleman J. Van Braght, is a descendant of Hans Landis.

Just prior to his beheading on St. Michael’s Day in 1614, Hans Landis confessed and confirmed Christ’s eternal Word. According to verse 33 of the song, the authorities asked him, “Hans Landis, have you pardoned and forgiven everyone?”

“Indeed, yes! And at all times, also you,” he said with a smile, “I have completely forgiven.”

Hans continued, “I believe very firmly that God has pardoned my sins, taken them away, and forgiven them through the bitter suffering of Jesus Christ (Verse 35)… Why should I not rejoice in this? I believe in my heart that now, even in this hour, My God and Father on heaven’s throne, I will see with my eyes” (Verse 37). Hans Landis was the last person to be beheaded for religious convictions in Zurich, but persecution did not cease with his death.

In May 1637, Hans Landis II, a steadfast minister of the church in Horgerberg, and his daughter, Margaretha, were confined in prison at Oetenbach. He was imprisoned approximately twenty weeks but in 1638, with fifteen of his fellow brothers, was freed through the help of God. After he was again free, they searched for him many, many times and chased him from one place to another. “It is said that for a long time he might not enter houses anywhere, so strictly had the authorities forbidden that anyone should take us in, or give us lodging, or give us either food or drink, or either show or manifest to us any mercy.” They drove him out and his wife, child, and grandchildren, all into misery, yes, even those who went to the state church, as well as those who committed themselves to the cross. His daughter, Margaret Landis, was also captured and taken to Zurich and put into the Oetenbach. When she had been imprisoned for sixty weeks, she again was freed with the help of God. Moreover, they confiscated, sold, and laid their own hands on Hans’s house and farm, as well as any other things that they could take, and realized from that 500 guilders…

Elam Stoltzfus currently serves as Executive Director of the Nicholas Stoltzfus Homestead in (Berks County) Wyomissing, Pennsylvania. In 2018, he traveled to Germany to document the history of the Stoltzfus family—this research is documented in German Lutherans to Pennsylvania Amish: The Stoltzfus Family Story. To order a copy of this book, you can mail a $30 check to Elam Stoltzfus, 1700 Tulpehocken Road, Wyomissing, PA 19610. 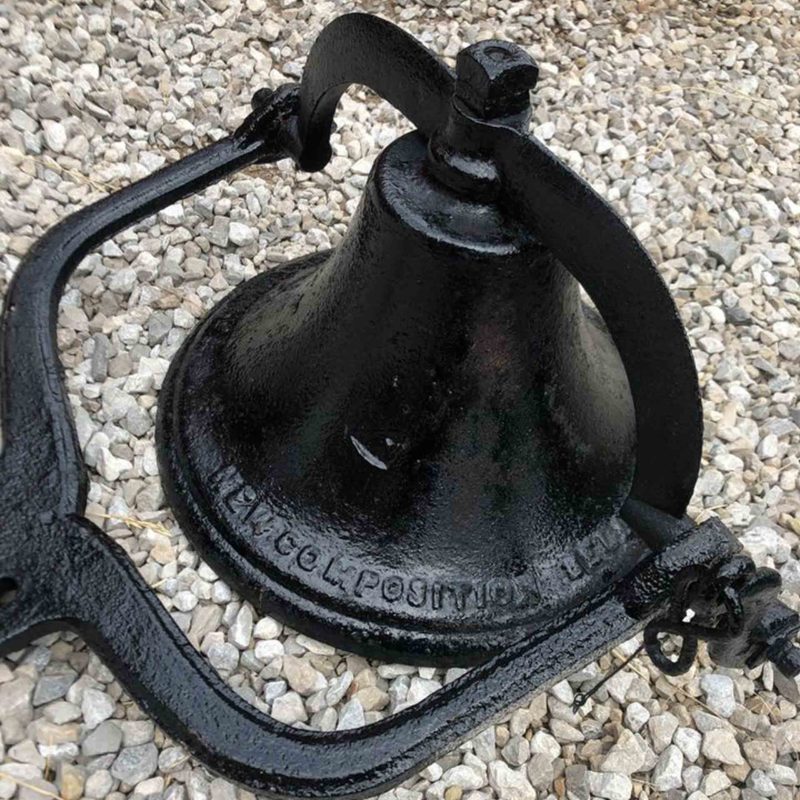