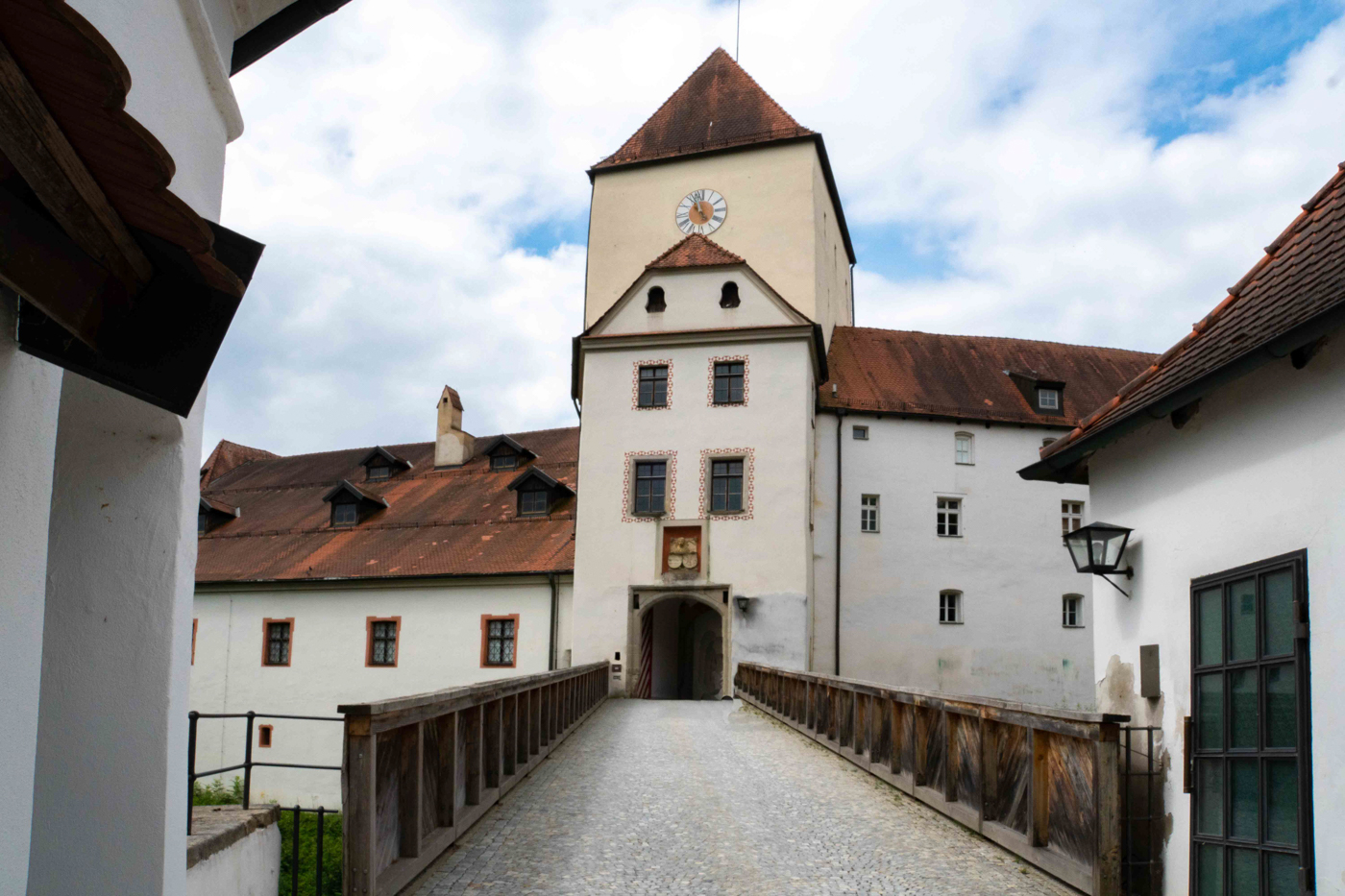 2017 was the 500-year anniversary of the start of the Reformation. The anniversary commemorated Martin Luther nailing his 95 Theses on the church doors in Wittenberg in 1517, which was one of many actions that led to the formation of new religious groups separate from the Roman Catholic Church. Many cities in Germany celebrated this historical event.

In Passau, Professor Ruediger Harnisch, from the University of Passau, was looking for information connecting the city with the Reformation. His search brought up information on a hymn book called the Ausbund. The article said that it was written in Passau during the time of the Reformation. A look of surprise crossed Professor Harnisch’s face. He had grown up in Passau, is a professor at Passau University, and he had never heard of the Ausbund.

Professor Harnisch encouraged his colleague André Rottgeri to do a presentation about the Ausbund for the 500-year anniversary of the Reformation. The following year, after my visit to Passau, Eva Sattlegger connected me with André.

I started emailing back and forth with André and found out we had several interests in common, and we became friends. André wanted more information about the Ausbund, so I sent him The Amazing Story of the Ausbund by Benuel S. Blank (an Old Order Amish writer from Lancaster), as well as a 2017 Ausbund hymnal.

André asked what work I had published in my career as a filmmaker and working in media. So, I sent him the 2016 Great Florida Cattle Drive: Unbroken Circles coffee table book and DVD. By September, our emails were getting more and more in-depth. We started having Skype sessions and talked about more ideas.

In the meantime, Nic moved to Pennsylvania to do research there for the Stoltzfus family book. He took along my 1834 Ausbund, which was in bad shape, to get it rebound by Aaron Petersheim, an Amish bookbinder and historian in Lancaster County.

Later that fall, André told me that he was helping to plan a PopKongress at Passau University in 2019. He said that the conference is an event where professors that study communication and pop culture convene from all over the world to share new ideas, present their latest work, and network. André asked if I would come over and be a guest lecturer at the conference and share about my experience doing media productions in the United States. Honored by the opportunity, I agreed to attend the conference.

The presentation was scheduled for February of 2019, and so I made plans to travel back to Germany with Nic. By then, Aaron Petersheim had rebound the 1834 Ausbund, and I asked Nic to bring it with him to show to people in Passau. 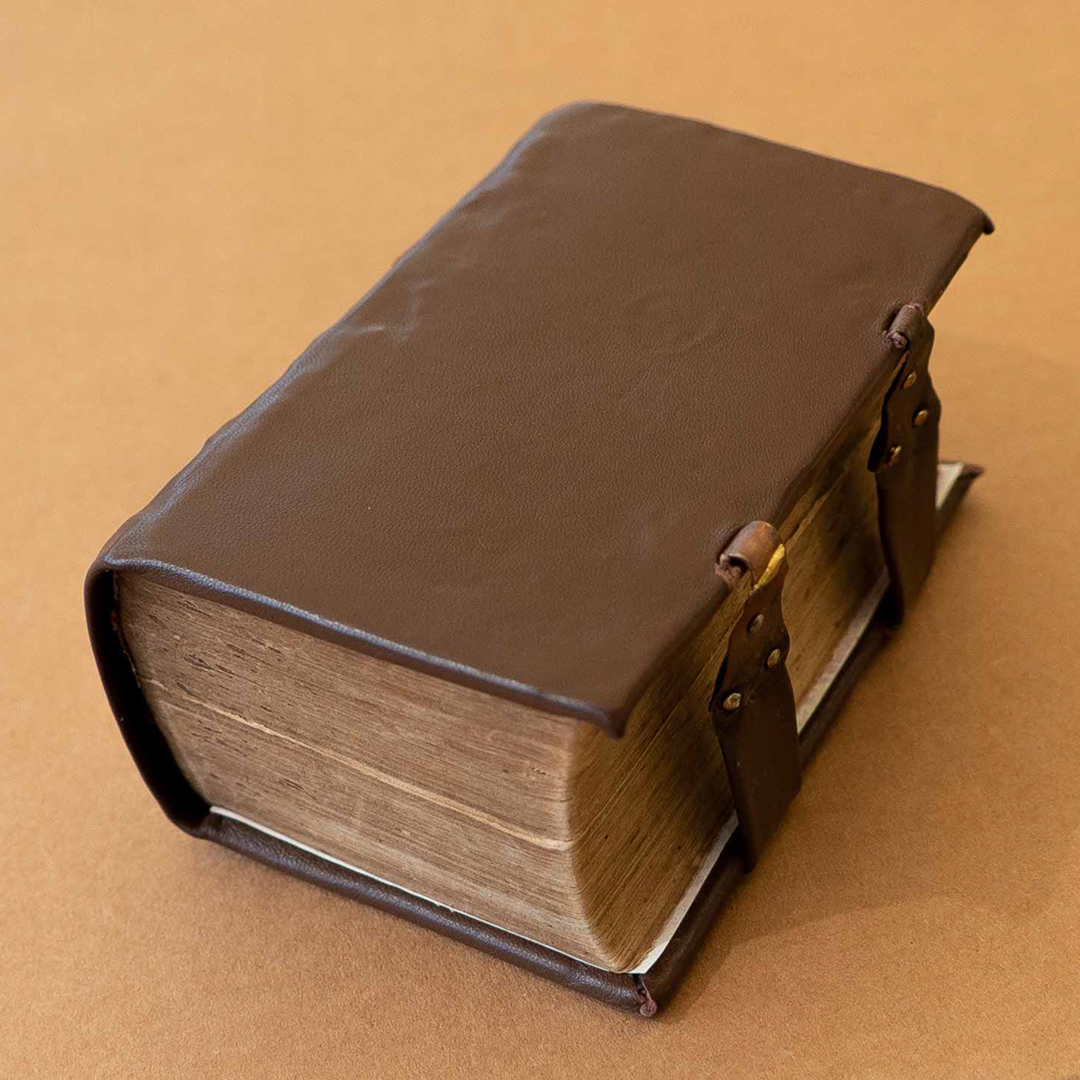 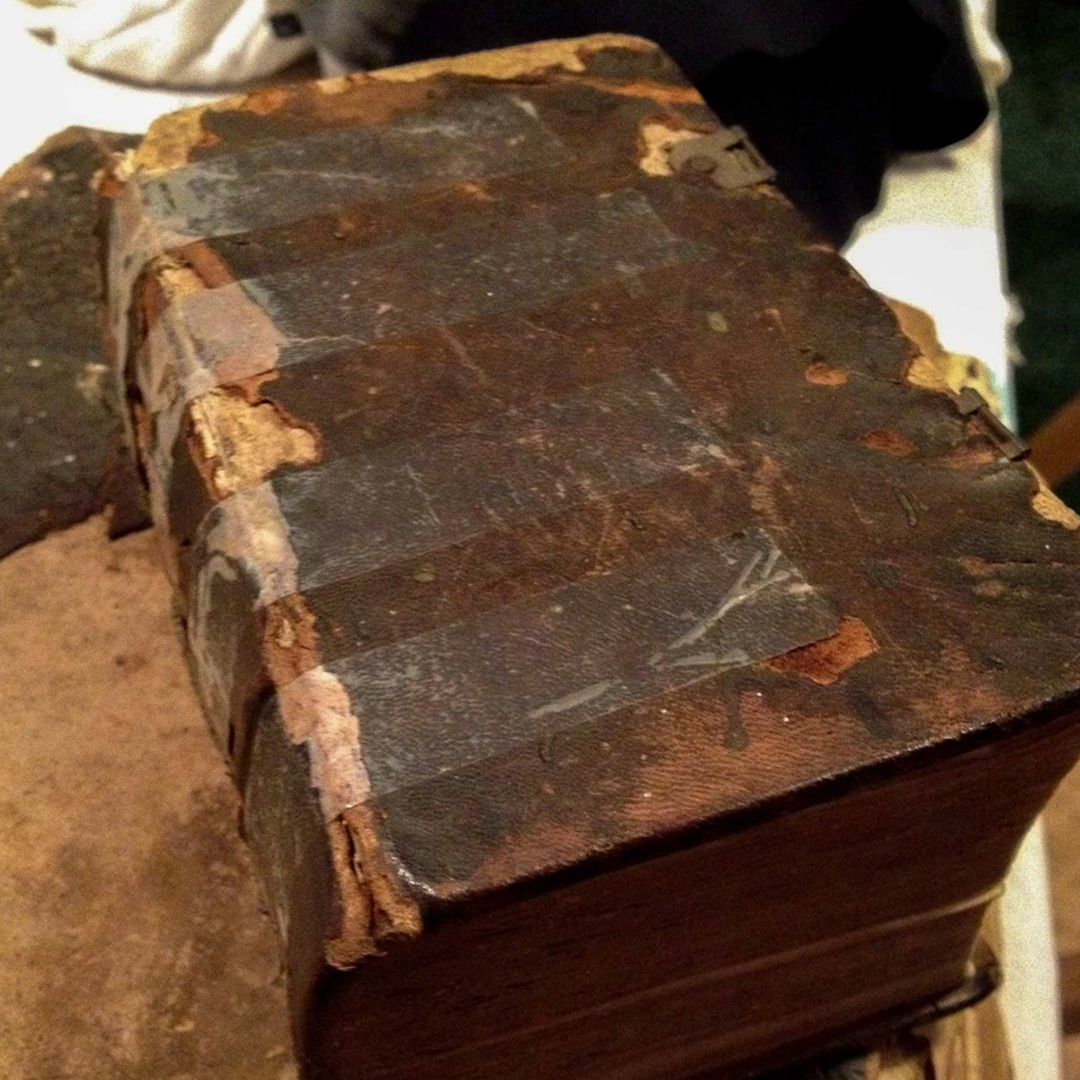 Nic and I were both excited to be back in Passau. Along with the other events of the PopKongress, André and I also scheduled a meeting at Passau University to exchange further ideas about the Ausbund, and planned a meeting at the Oberhaus Castle with the director.

There were ten people in attendance at the Ausbund meeting at Passau University: Nic and I, Eva Sattlegger from the Oberhaus Museum, six professors from the university (André Rottgeri, Rüdiger Harnisch, Günter Koch, Tomas Sauer, Paul Davies, and Valentina Stickdorn), and Heinz-Walter Schmitz from St. Stephen’s Cathedral. I started the meeting with a short presentation on the history of the Ausbund in the United States.

In my presentation, I shared a recording of song 105, page 565: Nun wolt ich gerne singen (Now I desire to sing gladly), composed by Hans Betz while in prison at Oberhaus.   After I finished my presentation, Dr. Schmitz shared his thoughts on the presentation. He is the director of the diocesan church music, and his published works consist of music history and choral liturgical compositions. He was intrigued by the slow pace of the song and said that it sounded as though the singers sang in a Swabian dialect.

Next, Professor Sauer shared with us a digitized version of the Ausbund, 1st edition, 1564, from the Goshen Library. This is the first printed version of the Passau collection, originally written in 1535.  A second edition was published in 1583, which can be found in the Munich State Library.

We continued an informal discussion about the history of the Ausbund in Germany and America. I passed around the 1834 Ausbund for people to look at. Afterward, I presented a 2017 Ausbund to Dr. Hienz-Walter. He mentioned that he never thought he would own or hold an Ausbund hymn book. I left a few more copies with the group. The information shared about the Ausbund piqued their interest. They found it astounding that the spirit of the Ausbund is alive and thriving in America and Canada, and that there are many Amish groups still singing from this old hymn book that originated in 1535 in Passau.

The other meeting that André Rottgeri and I had scheduled was an interview with the director of the Veste Oberhaus and Oberhausmuseum, Dr. Stefanie Buchhold. The meeting was in her office in the castle. From the windows of her office, I could see parts of the castle structure, and the city down below. During our conversation, I asked about the history of the castle, how it’s managed, and what’s happening with the castle now.

After we completed the interview, she said, “You know, since you were here last year, we went back and researched a collection of old journals. We found a journal in Hauptstaatsarchiv, Munich, with the inventory of the castle of 1555. In the journal, it made reference to the Preacher’s Cell up on the third floor of the tower. It’s possible that the writers of the Ausbund may have been imprisoned there. Currently, the tower is not in use and is closed off to the public. Would you be interested in going up the tower to see the cell?” I’m sure my face lit up like an excited boy being handed a Christmas gift.  Nic, André, and I, in thrilled unison, all said, “Yes, we want to see the cell!” Our faces shone with anticipation: What would we find up there in the Preacher’s Cell?