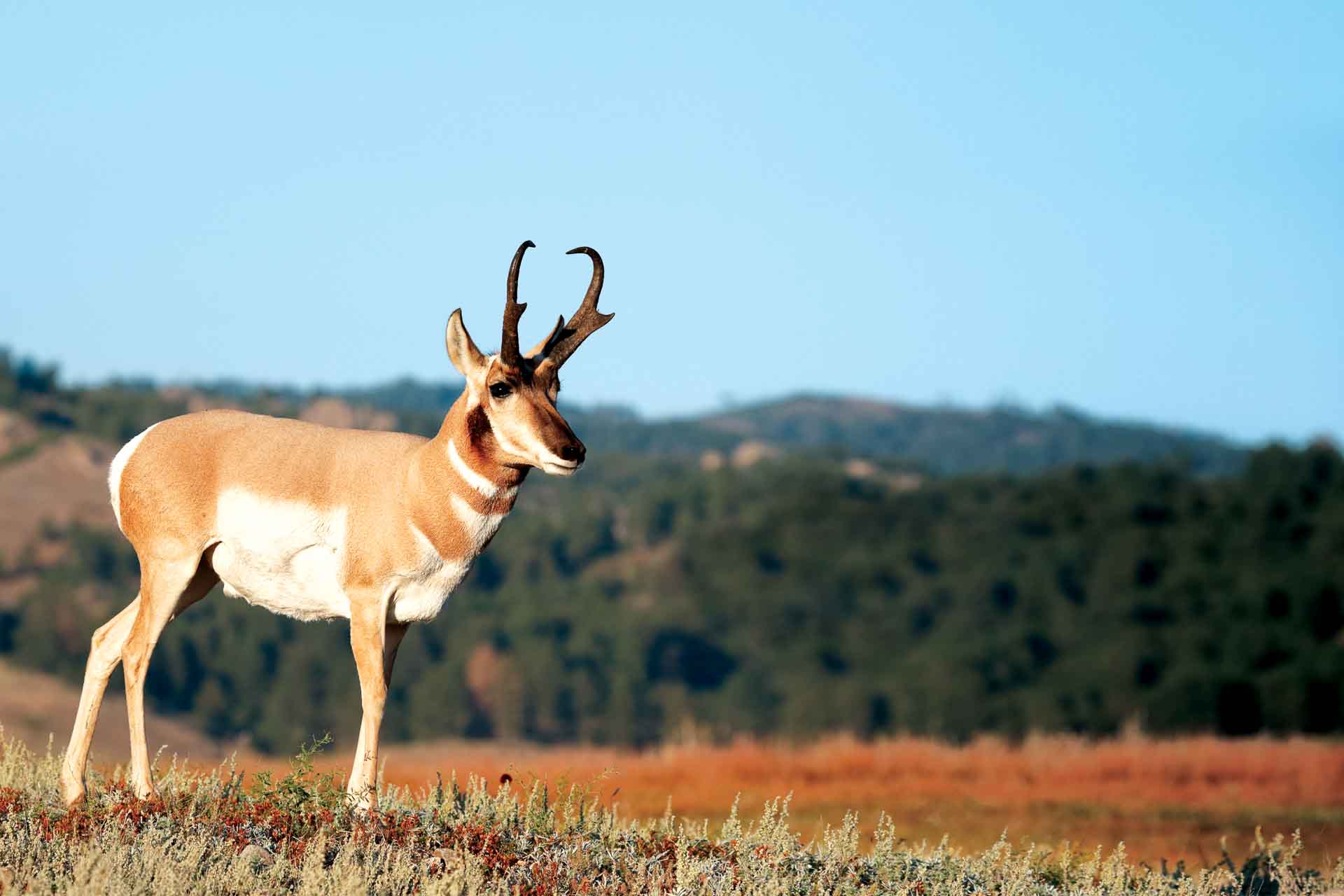 It was just breaking light in the morning when I awoke from my seat and looked out the bus window. I was 19 years old and was headed west to go to college. What I saw took my breath away. There were oddly shaped buttes and ground cover that I thought to be sagebrush. Then I spotted unfamiliar animals. They had to be pronghorn antelope! I can’t remember ever being more excited. We must be in Wyoming! I made a vow that someday I’d live in that state, based on articles I’d read on the Wild West, and now, being so enchanted with the view out the window.

As the years passed, I indeed settled in Wyoming. I’ve been here 36 years and love it. Of all the big game species available to hunt, antelope are one of my favorites. My first-ever antelope hunt occurred in Utah prior to moving to Wyoming. Antelope licenses were issued via a computer draw since there were quotas for all the units. Drawing a license in Utah was a big deal, so I was overjoyed when I saw the license in the mail.

I was told by locals that the best way to hunt was to drive around in the desert and prairie until I spotted a herd of antelope. Then I could just get out of the truck and shoot one, but I didn’t want to do that. I actually wanted to hunt them and not do a “drive-by.” My plan was to watch a waterhole deep in the desert.

On the day before the season, I drove my truck to the waterhole and hid it in a brushy gully. My son Dan, who was 11 at the time, was with me. We ate dinner at the truck and hiked to the waterhole, a half-mile away, with sleeping bags, water, food, and my hunting pack and gear. We slept in tall sagebrush where we had a view of the waterhole. Then, when the sky was just beginning to brighten in the east, I was ready, my rifle resting on my backpack. Nothing happened that day except for doves and other birds drinking at the waterhole. 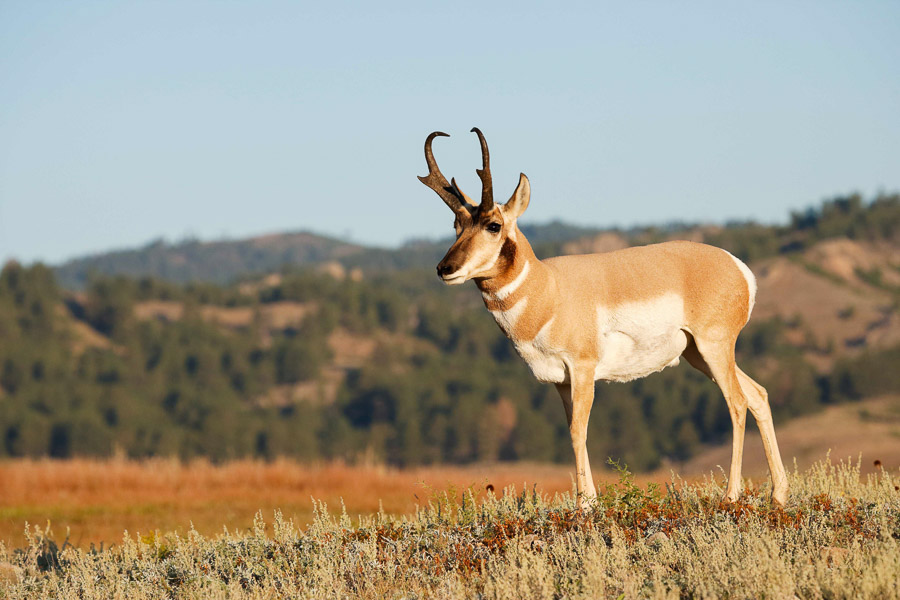 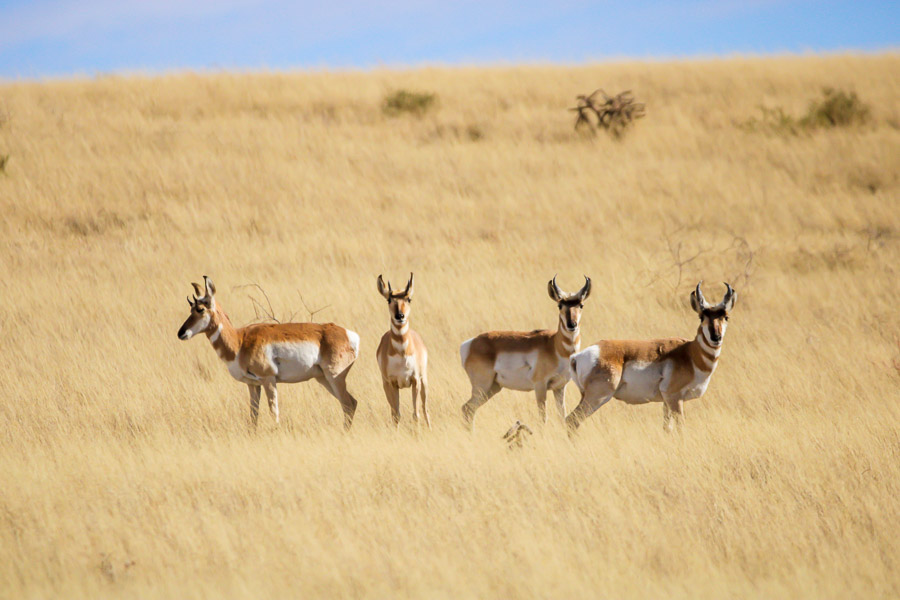 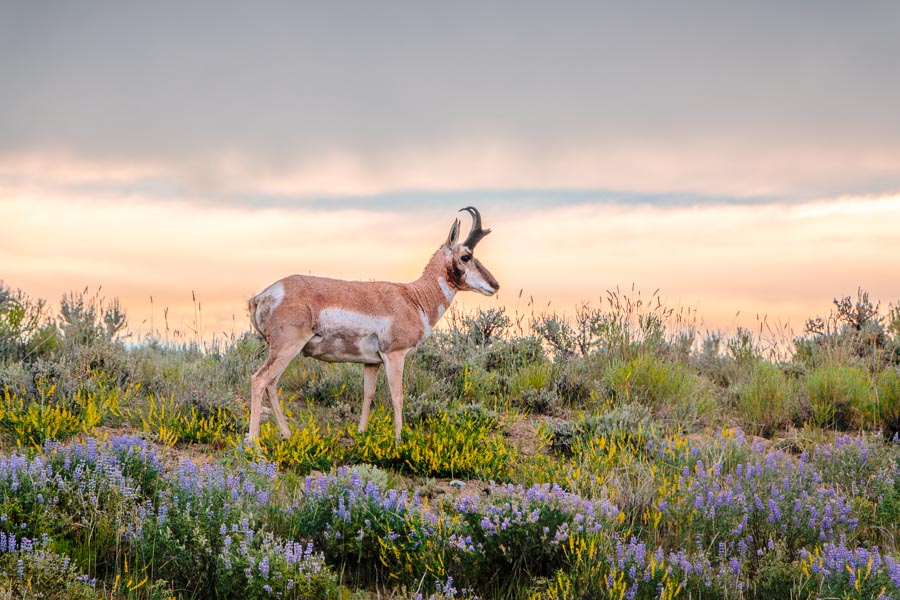 I spent the next two weeks hunting, most of the time hiking in the hot desert with temps in the high 90s. I saw a few antelope, but they were always far beyond rifle range. At times I drove around and if I saw antelope in the distance, I’d park and make a stalk, but that never happened. Every time I saw a herd, they saw me first and raced away. On the last day, I drove up a road I hadn’t traveled before. I rounded a bend and was astounded to see a small buck and a half dozen does feeding less than a hundred yards away. I immediately jumped out of the truck and put the buck down. My first antelope! I was thrilled, even though I got him close to a road. I figured I put enough time and work in to deserve him.

Pronghorn antelope are unique in so many ways. They actually are not true antelope and are not closely related to other antelope in the world, though the giraffe is a distant cousin. They’re 100% North American, found mostly in the US, with some in Canada and Mexico. They’re the second fastest land mammals in the world, second only to cheetahs. However, in a long-distance race, the antelope would win. Cats have small lungs and can attain top speeds for only short distances. Running full out, an antelope can reach 55 miles an hour and cover eight yards in a single bound. It’s a thing of beauty watching a herd race across the prairie.

Their vision is superb, better than any other animal in the country. It’s said that their eyesight is equal to 10 power binoculars. In addition, they have hollow hair, which insulates them from extreme temperatures.

There are other peculiarities. Antelope prefer being in the open rather than in the shelter of brush and trees. Other big game animals seek cover when predators threaten and use cover as protection from hot summer days and winter blizzards. Antelope, on the other hand, are comfortable on the open prairie because of their ability to endure bitterly cold temperatures and driving gales due to their hollow hair. When antelope are alarmed, they’ll typically speed away and, when far enough from danger, will stop and stare at whatever alarmed them. Their superior vision allows them to see danger at a distance, and their incredible speed allows them to outrun the enemy.

Hunting strategies vary widely and depend on the country you’re hunting, your physical ability to hike, and your personal set of ethics. Because the prairie is vast and antelope tend to hang out in small herds, it’s often futile to just start walking, hoping to find the quarry. You might hike all day and see very few antelope, and those you see may run off as soon as they spot you. For that reason, many hunters will slowly drive the dirt roads and two-tracks until they spot the quarry in the distance. At that point, the vehicle is moved out of sight of the antelope, parked, and a foot stalk is made. It’s necessary to have the wind in your favor. 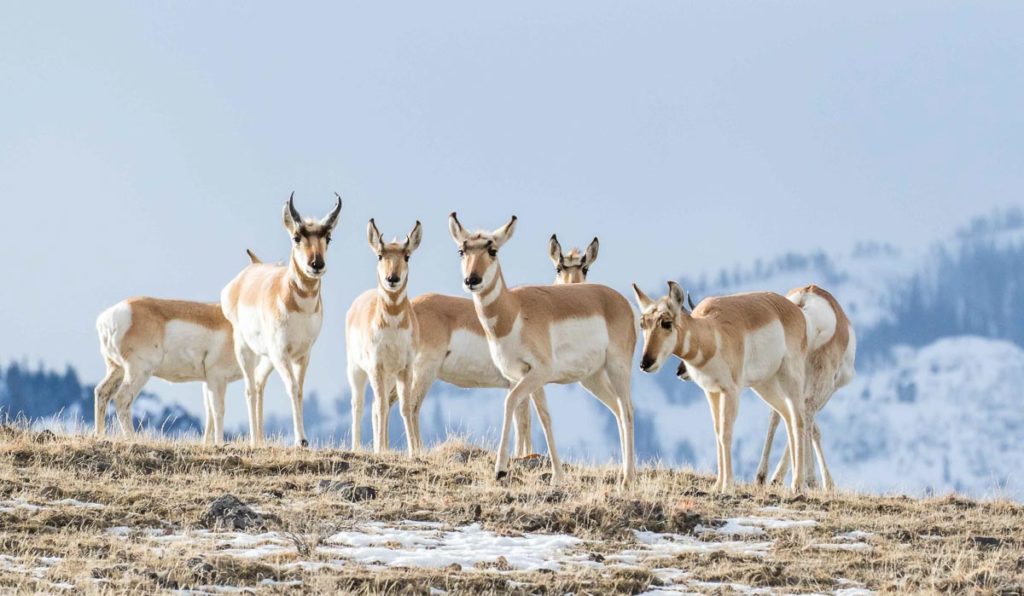 Another strategy is to sit near waterholes and wait for a thirsty animal to show up for a drink. This usually occurs in late afternoon. Often there’s vegetation to hide in because water is available in the otherwise dry landscape. On private land and with permission of the landowner, you can dig a shallow trench deep enough to hide in. Of course, you need to fill it back in when you leave.

Since many hunts are held during the breeding season or rut, which is mid-September to early October in most regions, antelope bucks are highly competitive. Like elk, they’ll gather herds of females and guard them from other bucks. As a result, battles between bucks are common. This behavior opens the door for an effective strategy—to use a decoy to lure a buck within range. This is especially deadly for bowhunters who hope for a 30-40 yard shot. It’s amazing how well this technique works. You can buy a commercial decoy or make your own out of cardboard, plywood, or other materials. A decoy that looks like a small buck works especially well. Set the decoy on a rise where it can be seen at a distance and be ready for an irate buck to charge in, challenging this new intruder in his territory.

An effective strategy is to take a hidden position near a fence crossing. Antelope very rarely jump fences, but they’ll go under the lowest wire at a spot where the wire is high enough off the ground for easy passage. In popular crossings, you can see well-worn trails. This technique usually calls for a long wait for the quarry to show up since you can’t predict when they’ll be traveling on that trail.

Trying to evaluate antelope horns in the field is challenging because the horns typically curve inward at the top, with many making sort of a heart shape. You must judge the length of the horn from the base to the tip. The mass and length of the prongs are also a consideration, but hunters look at the horn length when determining the trophy quality of an animal. In most regions, a 14-inch buck is a good representative buck, but hunters often set their sights higher. A really good buck is 16 inches or better. When the weather is optimal with adequate forage and mild winters, horns will grow larger. Older bucks typically have the largest horns.

The horn itself is a keratinous shell that is shed annually in November and December. It regrows immediately and is fully grown in just a few months. Hunters who are afield when horns are shed may be in for a surprise when they grab the horn and start dragging, only to have the horn pull off. This isn’t all that bad because a taxidermist will remove the horns anyway and install them on a polyurethane form.

Antelope sometimes get a bad rap for having strong-tasting meat, but that’s often due to improper handling in the field. As always, all big game animals must be field-dressed immediately after the animal expires. Antelope require an extra step because the hollow hair insulates the carcass and slows down cooling, especially since many antelope hunts are held in late summer or early fall when air temperatures are high. That being the case, the carcass should be skinned immediately. For best results, skin and quarter, or bone, the meat and put it in a large cooler with plenty of ice.

One of the biggest advantages of hunting antelope is the ability to see large numbers during a single day in good country. They’re highly visible, but they can be a challenge to stalk in the wide-open prairie. Some are more bold than others and will allow you to approach fairly close. I see them as the perfect quarry for hunters young and old, especially those who are new to hunting. It’s almost like hunting in Africa, where you easily see lots of animals. But in this case, you’re hunting in America, in a land that’s open, much of it being administered by the US Bureau of Land Management that has millions of acres of public land where hunting is free, and you’ll never see a posted sign. That’s plenty of reason to give antelope hunting a try. But be careful. You may become addicted.