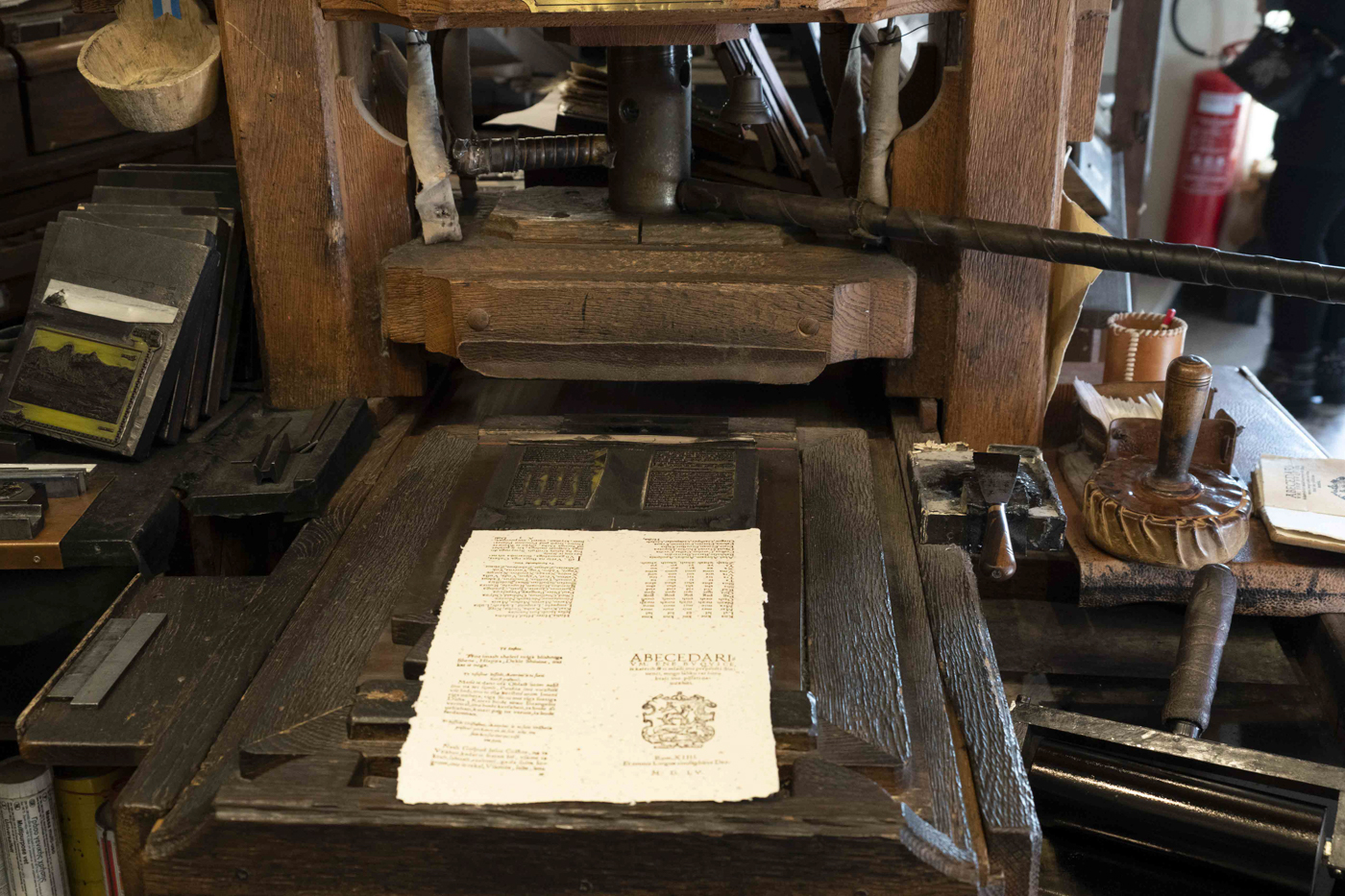 Can you imagine not having any books in your home to read? No articles to read on your phone? No hymn books or screens to sing from at church? Without books, printed material, hymnals, libraries, and media, my brain would be a lot emptier, and my imagination would be much duller.

This, however, was the reality for most everyone in Europe before the arrival of Gutenberg’s printing press. Before the 15th century, scrolls and books were handwritten, mostly by monks and artists, and most of this information was owned and controlled by the Catholic Church. Because it was so time-consuming to produce books—since they were laboriously written by hand—these books were way too expensive for the common people to buy, or even dream of buying. Furthermore, even if a commoner did manage to buy a book, they likely couldn’t read it, since many commoners were illiterate. And even if a commoner could read, they still likely couldn’t decipher the language, since most books pre-Gutenberg were written in Latin—the language of the elite—and not in the common tongue.

In Europe, Johannes Gutenberg played an important role in bringing books and other texts to the common people. Gutenberg created his printing press around 1439 using metal movable type. Although he was not the first to invent a printing press with metal movable type (there are earlier records of such presses in Korea and China), Gutenberg did move the technology forward; for example, one important invention by Gutenberg was perfecting ink that could be affixed to the metal letters. This was followed by designing a method using the winepress concept of pressing the ink onto a flat sheet of paper.

Gutenberg started experimenting with printing in Strasbourg, France. Later, he moved to Mainz, Germany. By the early 1450s, he printed his first major book: the Bible. This was the first time the Bible was printed anywhere in the world. The Bible’s first print run was less than 200 copies, the language was Latin, and the words were stamped mostly on paper pages, but also some vellum (animal skin). Today, there are less than 50 copies of the Gutenberg Bible in existence.

Erasmus of Rotterdam—a Dutch philosopher, Catholic theologian, and contemporary of Gutenberg —reflected on the changes that the printing press brought. He wrote, “I wish that even the weakest person might read the Gospels…. I wish that they were translated into all languages, so as to be read and understood… But the first step to their being read is to make them intelligible to the reader. I long for the day when the husbandman shall sing portions of them to himself as he follows the plow, when the weaver shall hum them to the time on his shuttle…”

Erasmus’ hope was that the Bible would be available in the common language for all to read for themselves. But there were powerful forces at work against his dream.

In 1501, Pope Alexander VI had decreed that anyone printing material without the church’s approval would be excommunicated. For hundreds of years, the Roman Catholic Church held all the keys for educational knowledge. The church wrote the books, kept the libraries, and taught the schools. The Roman Catholic Church did not want this new technology to slip out of their iron-tight grip.

Luther’s prolific writings of sermons, tracts, songs, and other material were printed and distributed across Europe. Eventually, Luther translated the Bible into the German language. With literature and information being printed in the common language for the Germans, people learned how to read.

The printing press was the key to this cascading of events—without it, the Reformation would not have become a highly articulate movement, a movement of words. We are the inheritors of this tradition of the written word available for the common people.

As part of the Reformation, early Anabaptist leaders wrote sermons, articles, and information that went to print. We know about Conrad Grebel, George Blaurock, Feliz Manz, Menno Simons, and many other leaders because of their writings or other people who wrote about them.

Much of Menno Simons’ influence is because of his collection of writings. Several of his important documents include The Spiritual Resurrection, The New Birth and Foundation of the Christian Doctrine.

But in the early days of the Reformation, owning certain books printed by Anabaptists was risky—even to the point of death. In 1551, an Anabaptist was printing Menno Simons’ literature; when the authorities discovered the underground printing operation, they uncovered ten tons of books. In 1544, printer Jan Claesz—an Anabaptist baptized by Simons—was beheaded for having in his ownership 600 copies of Menno’s books.

That brings us full circle back to the Ausbund and the printings of this forbidden book in the early Anabaptist movement. This book has its roots in the very founding of Anabaptism: the fifth and sixth hymn in the Ausbund were written by Anabaptist leaders George Blaurock and Felix Manz, respectively.

I’ll end this column with the second verse of George Blaurock’s hymn. He wrote these words before he was burned at the stake in Tyrol in 1529, a martyr for his faith.

Merciful are You, O Lord, and good,

Graciously You may be found.

Whoever does Your will here on earth

You acknowledge as your children.

We are able to read his words today—nearly 500 years later—because they were preserved in print in the Ausbund hymnbook. His words are part of our spiritual legacy and rich faith heritage. Next month I’ll continue the conversation with the printing of the Ausbund in America.