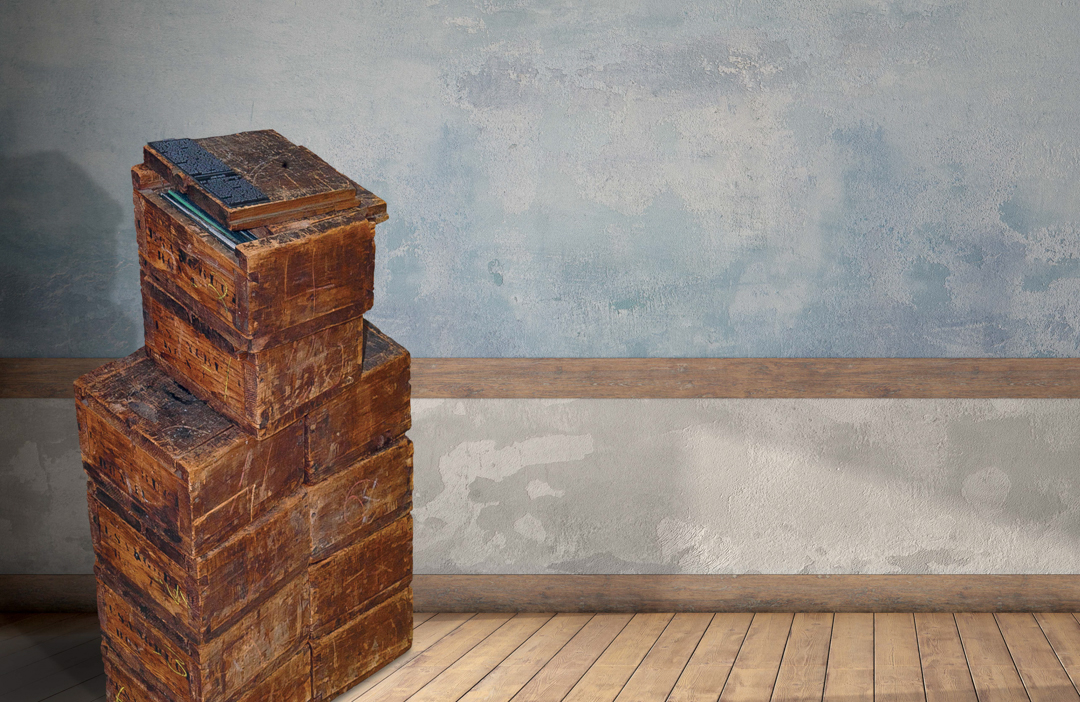 Eli King, member of the Amish Book Committee, shared the following story with me: While attending church one Sunday morning, he observed that there weren’t enough Ausbund hymn books for everyone to sing from. So at the next Sunday gathering, Eli brought along several new Ausbunds and set them on the benches. The man hosting the church gathering that Sunday asked Eli, “Where do these Ausbund come from?”

Last month, we ended at the cusp of the 1900s. By the early 20th century, many German printing presses were no longer in operation, and anti-German sentiment swept across the country due to World War I. In Berks County, bordering Lancaster, the Reading Adler newspaper stopped publishing in German in 1913 and switched to the English language text as The Reading Eagle. In Lancaster County, the Der Volksfreund Und Beobachter newspaper ended in 1910.

In the early 1900s, many Plain communities in Lancaster County got their German books from L. B. Herr Bookstore, located on North Queen Street in downtown Lancaster, only a few blocks from the Lancaster Central Market. But even this bookstore in the heart of Pennsylvania Dutch country felt the pressure to stop selling German books.

One day, Amish minister Jacob Lapp traveled to this bookstore in Lancaster to replenish his inventory of German books. Jacob Lapp cherished German books, and he taught children how to read and speak the language. In addition, he was generous in giving away books as gifts and providing the church with new books when supplies got low.

When Jacob arrived at the L.B. Herr bookstore, he was informed that the Ausbund and other German books might not be in print much longer.

Troubled by this answer, Jacob asked, “How is this possible?”

He immediately walked across Queen Street to talk to Johann Baer & Sons Printing, printers for the Ausbund, the well-regarded German Almanac, and other German books. The printers informed him that he had heard correctly: they were considering no longer printing German books. Furthermore, they were planning on discarding and destroying the lead printing plates for the German books.

Who would print this important collection of books for the Amish and Mennonites? If these books were lost, an essential piece of their heritage would be lost, too. Jacob knew he had to find a way to save these books.

With some creative thinking, Jacob Lapp asked if the plates could be bought, and at what price. But Jacob would not be alone in making these significant decisions. On August 13th, 1913, the Amish bishops and brethren from nine districts met to see if they could financially support printing a collection of German books. This was an arduous task that would include buying the plates, printing, binding, storing, and shipping the books to churches and people across the country who desired these books. This August 1913 meeting was the beginning of the Amish Book Committee.

Two other men who shared Jacob Lapp’s vision and worked closely with him were Amish ministers Stephen F. Stoltzfus (known as Steffy F.) and Christian L. Fisher. The leadership of these three Amish ministers came at a crucial time for the Ausbund and other German books. If not for their intervention, these books could have been lost or destroyed forever. 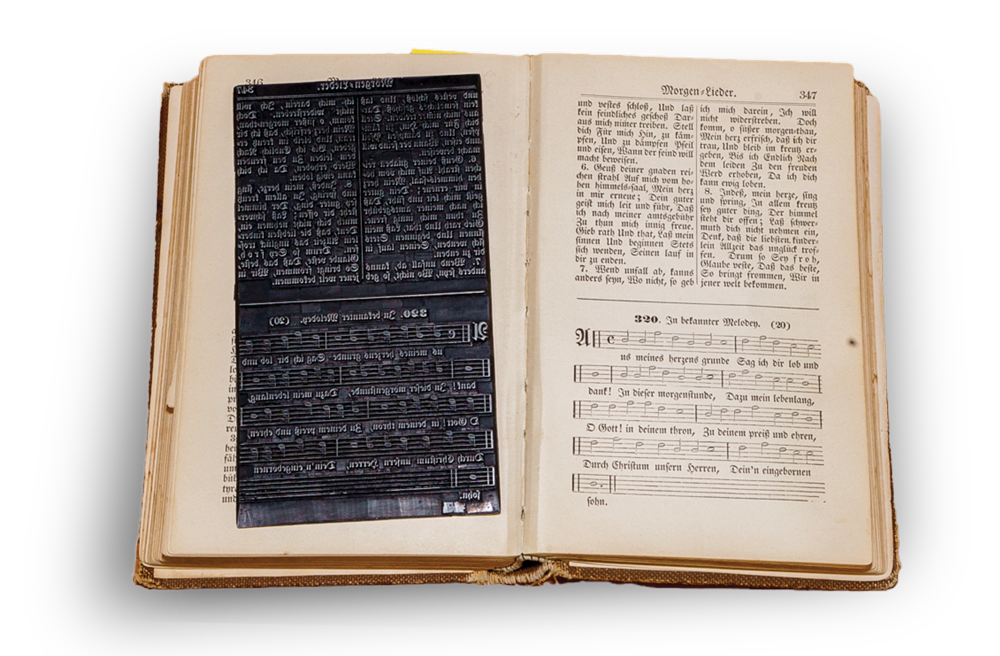 After some counsel and successful meetings with the church leaders, these three men had the support to purchase the lead plates for the Unparteyisches GesangBuch (Impartial Songbook).

This songbook contains a collection of Reformed Hymns from Ambrosii Lobwasser’s book, a selection of Ausbund songs, a series of basic hymns, psalms, and some scored shape notes. It is still used today among some Plain churches, most commonly by the Old Order Mennonites.

Johann Baer & Sons Printing agreed to sell the bookplates for the GesangBuch to the Amish Book Committee for $500. Although this may not seem like much money today, let’s put it into context. In the early 1900s, an eighty-acre farm sold for an average price of $8,000. That meant that the amount the Committee paid for the GesangBuch plates could have bought five acres of farmland.

With Steffy F. assigned as the spokesperson and record keeper, the three members of the Amish Book Committee devised a plan: get each of the nine church districts to donate at least $50 to purchase the GesangBuch plates.

According to Steffy F.’s meticulous ledger records, we find the commitment of funds from the nine church districts:

The GesangBuch plates were sent over in eleven wooden boxes; these were Stereotype lead plates made in 1841 by Douglas Wyeth for Johann Baer Printing. One of the challenges was moving the eleven heavy wooden boxes from the print shop to the warehouse—I’m sure they had some strong Amish young folk to help with that task! Next, the Book Committee signed a contract with Lancaster New Area Printing to print 1,000 songbooks at the cost of less than sixteen cents each.

These plates were used to print thirty-one editions and were retired in 1985. Today the eleven boxes of the old 1841 lead plates of the Unparteyisches GesangBuch are on display at the Muddy Creek Farm Library in Ephrata, Pennsylvania.

The Book Committee agreed not to sell the books for profit; rather, they sold each book at a small margin above the cost of printing. This wasn’t about operating a book organization to create wealth for the Committee. Instead, printing these German books was about preserving our Anabaptist ancestors’ songs, stories, and writings. Today, thanks to the leadership and commitment of the Amish Book Committee, these hymns and scriptures were saved for generations to come.

Although this article does not deal specifically with the Ausbund, the printing of the Unparteyisches GesangBuch became the model for how the Amish Book Committee dealt with other German books.

Next month, we will learn about the Amish Book Committee’s struggles with the 1922 Ausbund printing.