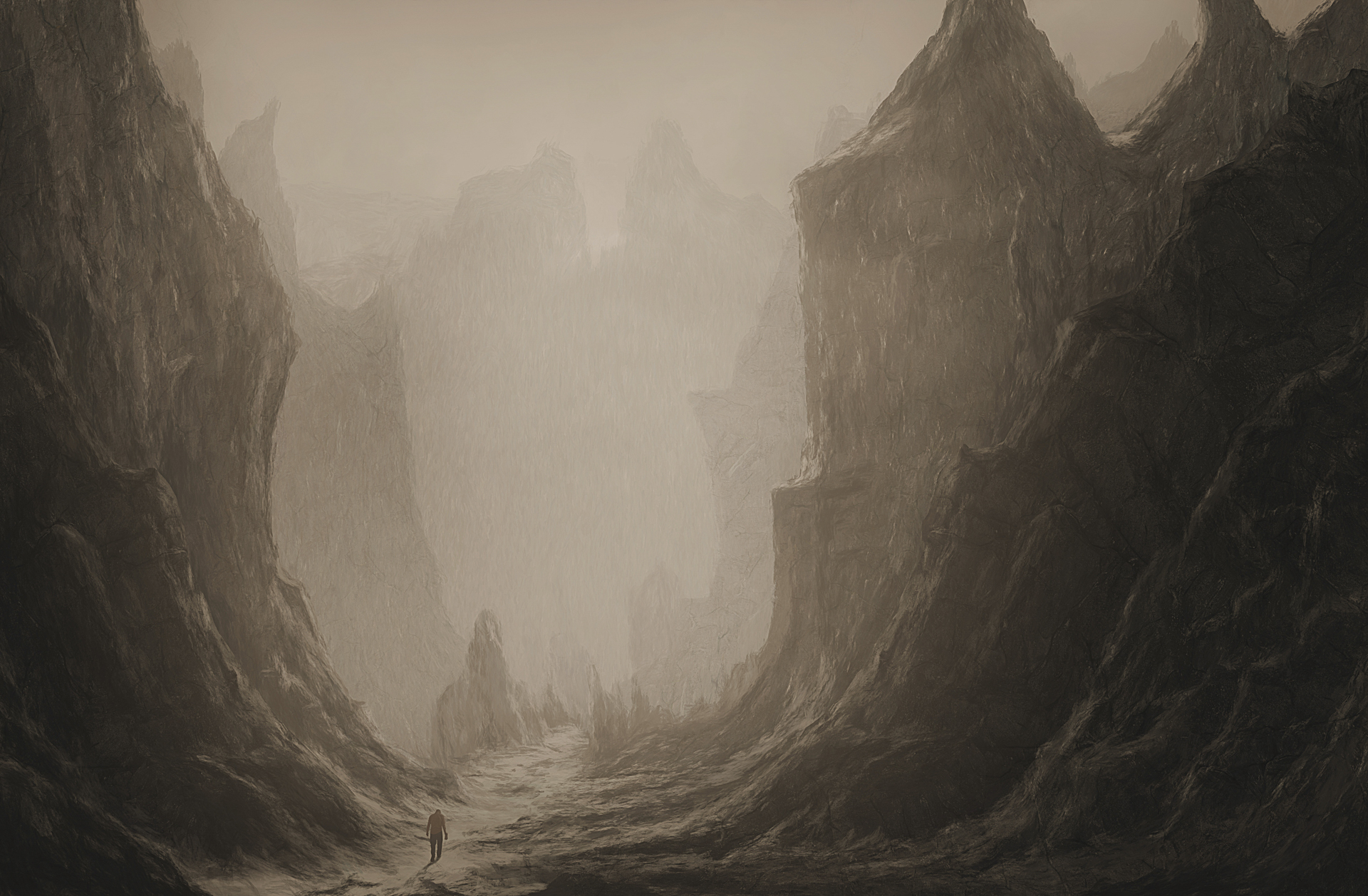 On some days, widowhood feels like being lost in the wilderness.

I almost got lost once. It was the year we homeschooled, and I took my three children on a field trip to Mohican State Park near Loudonville, Ohio. I love the hills there. It was autumn and a good time to identify leaves, nuts, mushrooms, and any animals we might spot.

Have you ever taken a path in the forest and then found out it led to nowhere? That’s what happened to me and the kids. The “path” we followed took us up one hill and down another. Then, when we turned around to go back, it wasn’t a path at all. We’d just followed openings from one tree to another. Looking back at my surroundings, I saw similar pathways between all the trees! And all the trees looked alike: brown trunks with sparse brittle leaves clinging to scrawny branches like broken fingernails. Mounds of gold and red leaves had quickly resettled over our footprints. The hills looked the same, the gullies were identical. It was a place so confusing that if you turned at all, you didn’t know which direction you’d come from.

I tried not to panic, but my heart began to pound. We were in over a thousand acres of a state park, inside thousands of more acres of a state forest! We could be lost for days! What kind of mother was I?

Widowhood was a land of no boundaries, no fence lines, and no way to walk back to where I used to be.

Confusion and fear encircled me like a flurry of milkweed seeds and cobwebs, snagging my soul. I couldn’t brush them away fast enough. I had no compass or map to help me, and dull gray clouds blocked all sight of the sun’s direction. My good intentions spilled and ran out like marbles dropped on a hard stairway. Fight, flight, freeze—the three choices of an adrenaline rush—tightened my throat. Thoughts of “What am I going to do? What am I goingtodo? WhatamIgoingtodo?” blurred through my brain.

About ten years later, when I suddenly became a widow, those feelings hit me all over again, except much, much worse. Widowhood was a land of no boundaries, no fence lines, and no way to walk back to where I used to be. The only way out was through. When I was lost in the woods, I wished I’d had a GPS, and I wished there was a GPS for widowhood too…