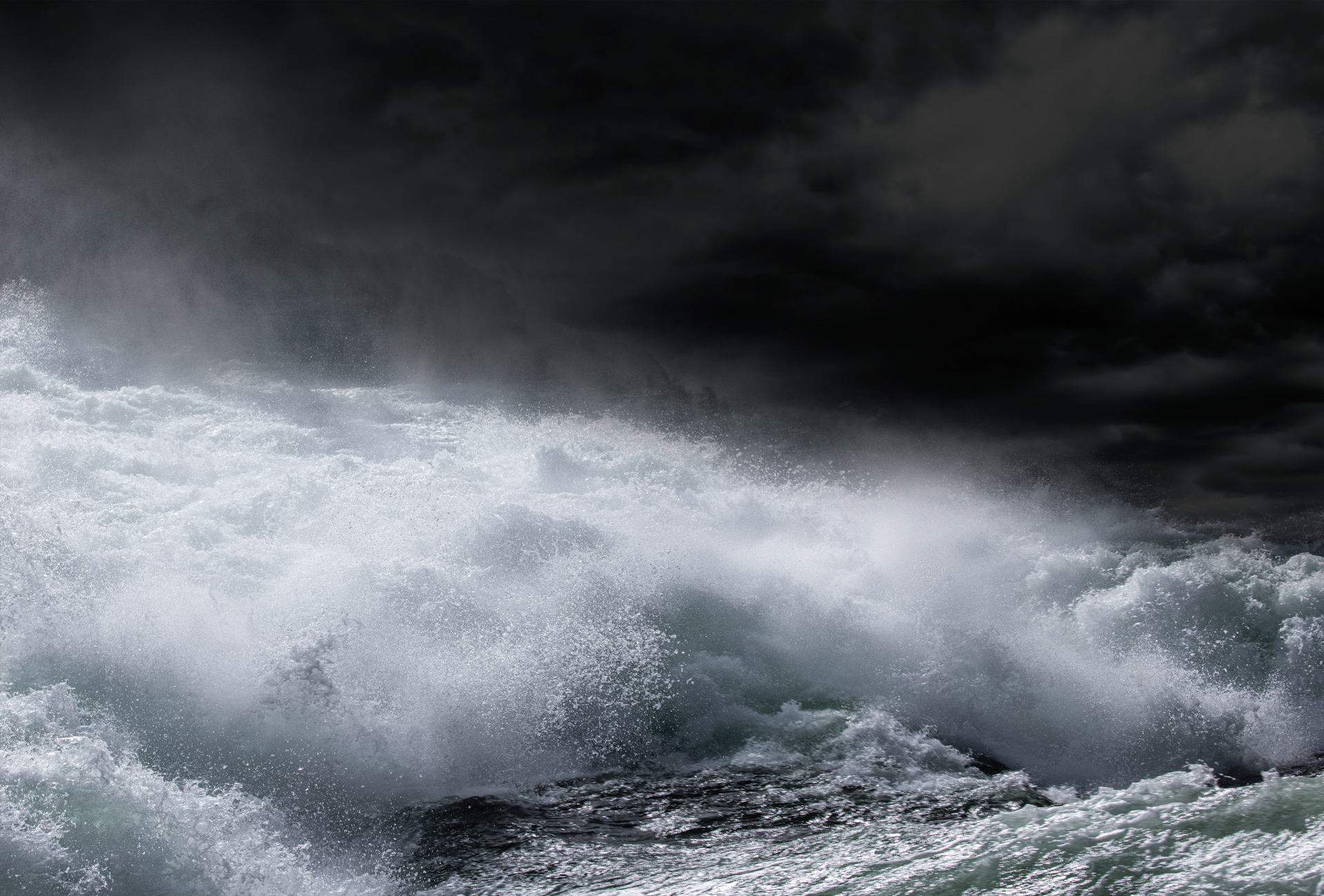 Finding God in the Depth of Sorrow

He will wipe every tear from their eyes, and there will be no more death, or sorrow or crying or pain. All these things are gone forever. And the one sitting on the throne said, “Look, I am making everything new.”
~ Revelation 21:4-5

IT WAS LABOR DAY weekend 2003, and we were returning to our home in Liberty, Kansas, from a family wedding. There were six of us in our minivan: myself, my wife Melissa, and our four children: eight-year-old Makenah Alexandra, five-year-old Zachary Seth, three-year-old Nicholas Adam, and one-year-old Alenah WenYing, whom we had recently adopted from China.

An unfathomable flash flood inundated our minivan on the Kansas Turnpike. It thrust our vehicle off the highway, plunged us into the deluge, and washed half of our precious family out the window while our youngest three were still strapped in their car seats. Miraculously, I survived.

“Mr. Rogers, we need to ask you to identify the bodies of your three youngest children. They are dead.”

Those piercing words from early Sunday morning, August 31, 2003, changed my life forever. Perhaps you can relate. You know at that moment life will never again be the same.

I identified our three youngest. Later my oldest child Makenah was found on a barbed wire fence nearby the van—a mile and a half from the turnpike. Three days later, they found my wife, my beloved Melissa. All I cherished most was gone: every dream, every hope.

Life Before the Flood

I met my wife in Massachusetts. In March of 1989, I returned to Digital Equipment Corporation in Boston for my engineering job. The year before, I happened upon a gentleman outside Lily’s Café delighting a crowd on a baby grand piano. When he took a break, I offered to fill in for him; from there, it was history. I loved to fill the cobblestone sidewalks with music.

When I returned to my job, I also resumed playing piano at Lily’s during my breaks. One warm spring Saturday afternoon, an attractive blond stopped by while I was playing. I was instantly smitten. Before she left, I gave her my business card. Melissa, from Kansas, was working as a nanny in Boston, but I had no way to contact her. I could only hope she would return, which she did. Unbeknownst to me, Melissa returned to the square numerous times that summer to observe me playing from a distance. When I returned to college that fall, I got a card from her with a poem she’d written for me titled “The Piano Man” while listening to my café music. Soon the romance was underway, and we got married on New Year’s Eve, 1991.

Our first crisis occurred during the birth of our first daughter. Makenah was scheduled to be a home water birth, but after 48 hours of hard labor, a C-section was performed. Thankfully all ended well. We learned a valuable lesson: Even though everything that happens to us is not always good, God can still bring good out of everything that happens to us (Romans 8:28). Makenah’s difficult delivery was an experience that drove us deeper in our faith. 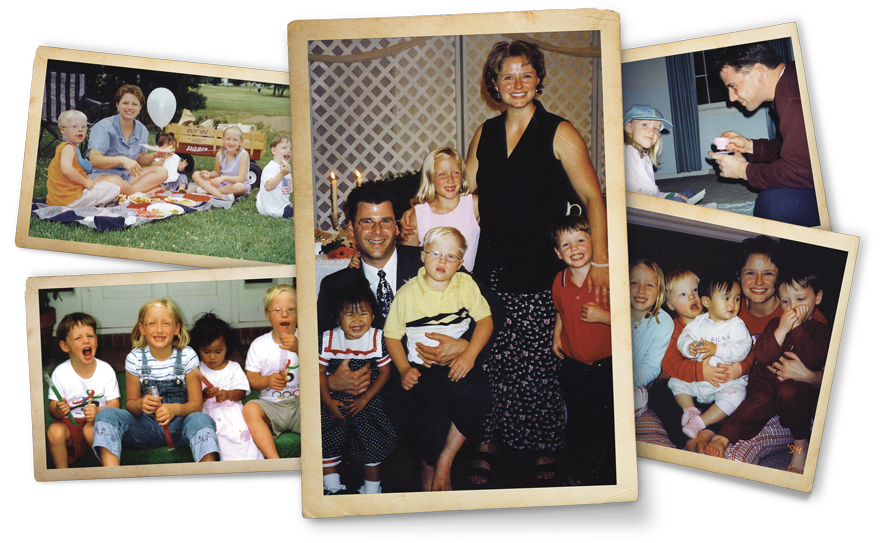 Our son Zachary was born after a normal delivery, but within hours my wife and I were told, “We believe your son has Down syndrome.” We were speechless, and Zachary was whisked off to Children’s Mercy Hospital for heart and bowel complications. Zachary was also autistic. Such pressures often cause marriages to break up. But for us, Zachary galvanized our marriage instead of tearing us apart, bringing Melissa and me closer to each other and God.

Unknown to me, we were being prepared by our years of crying out to Him in our deepest pain. During childbirth, during Zachary’s surgeries, during Down syndrome complications, we cried out to Him. As our family grew, we gave our struggles to God during Nicholas’ birth and Alenah’s adoption. Through marital woes, amid months of more bills than paychecks, and enduring all sorts of trials, we made it through because we turned to God rather than away from God. In those times of deepest pain, we grew to know and receive God’s presence when nothing made sense, which ultimately revealed God’s deepest and most intimate loving nature.

The six of us were on our way home from a family wedding. It was late at night and raining heavily. Around 8:55 pm, 11 miles out of Emporia, Kansas, having driven in heavy rain since Wichita, we noticed several vehicles parked with their running lights on along the right side of the road in the Flint Hills. We were among about eight vehicles that kept moving in the left lane past the stopped vehicles. Almost instantly, it seemed as though we were surrounded by water, not merely a pool but a river flowing from left to right. 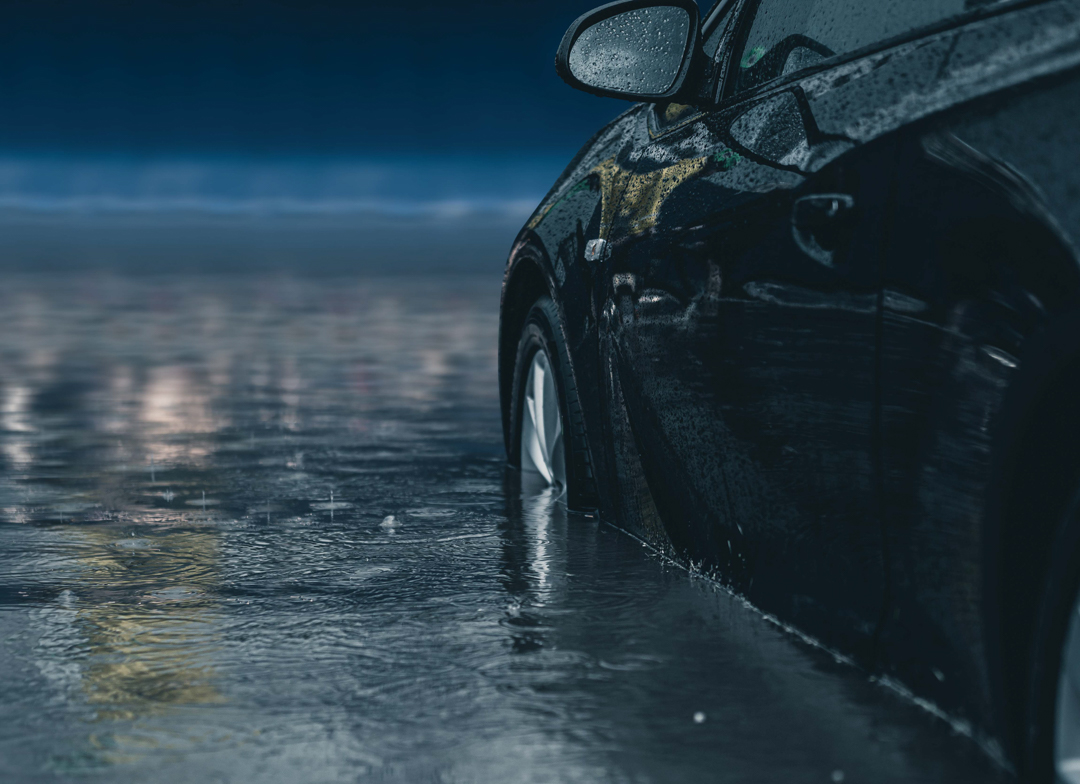 The whirl of the wind and the noise of the rain were so loud that it was hard to hear anything else. Finally, we saw taillights in front of us getting through. We figured the height of the water was already at its worst; the water was soaking our feet and everything on the floor. We couldn’t move at all, blocked fore and aft by vehicles, to the left by the concrete median barriers, and to the right by debris; we were even blocked by vehicles that were now floating. We were trapped. Inside, the engine stalled when the water reached the seat cushion level. By this time, Makenah, Nicholas, and Alenah were all noticeably scared and crying. Zachary was the only one not crying. Makenah got out of her seat belt and came up to stand between us.

“Okay, you guys. Let’s sing a song together.” We chose a song we had sung many times around the piano at home: “Lord, I Lift Your Name on High.” I recited portions of Psalms 46, saying, “God is my strength, God is my refuge, an ever-present help in times of trouble.” Despite the fear and stress of the situation, I sensed an amazing reassuring peace that somehow we were all going to be okay through this. Inside the van, the water had now risen to the steering wheel. Our children’s heads were still safely above the water level, but the water was so very bitterly cold.

To read the full story, purchase a September back issue here.

Robert Rogers founded Mighty in the Land Ministry after the death of his wife and four children. The ministry’s mission is to teach others to know God and live a life of no regrets. His compelling message impacts lives, transforms congregations, and inspires people to know God through a personal relationship with Jesus Christ. A tithe of everything given is placed in the Mighty in the Land Foundation, which funds eight orphanages around the world. For scheduling or more information, contact Robert Rogers at:
Mighty in the Land Ministry  |  429 East DuPont Road #230, Fort Wayne, IN 46825
ph: 260-515-5158  |  w: mightyintheland.com  |  e: hello@mightyintheland.com

Merlin Erb interviewed Robert Rogers for this article, and they worked together on condensing his story for the feature story. His work on this article is informed by his own experience of loss: less than three years after he got married, his first wife tragically died in a car accident. Today, Merlin and his wife Loretta call Dalton, Ohio home, and they are active members at Kidron Mennonite Church. In addition, they are anticipating the birth of their first grandchild this summer! You can read more of Merlin’s musings at merlinsmustache.com.