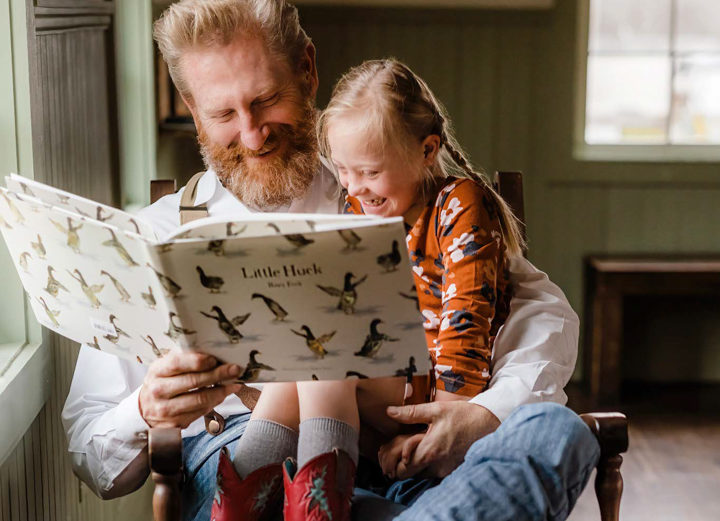 April is my birthday month, which is always interesting for me. Each year, although I physically turn another year older, my mind never seems to age. The voice inside my head seems to stay forever young and stuck in another time, convinced that time stands still. But the face that I see in the mirror tells a different story. The lines around my eyes are like chapters carved in the book of life that I have lived, the life that I am living still.

I’m not sure how other people handle the loss of a loved one or spouse, but for me, my faith is the only thing that sustained me… that sustains me still. Believing, knowing, that there is a bigger plan than what I’m able to see has given me a peace that truly ‘passes all understanding.’

In that last year, we had made our final album together called Hymns That Are Important To Us. The words in those songs helped to sustain Joey in her time of trial and continued to comfort me when she was gone. I hadn’t grown up listening to songs like “I Surrender All” and “It Is Well With My Soul,” so most of those old hymns were powerful new thoughts to me when we recorded them. But as the months, and now years, have gone on, they have helped me to understand that all is well, even when it isn’t.

Before Joey and I had met, I had been a single parent. And now here I was, fifteen years later, a single parent again, this time of our two-year-old almond-eyed little girl, Indiana. When we got back home, one of the first things I found myself needing to figure out was what her immediate future looked like. Our plan had always been for Joey to homeschool Indy when she became school-age, and now that was no longer a possibility. We had to find another plan. At first, the answer was ‘High Hopes,’ an integrated pre-school where children with special needs were integrated with typical children. But within a year or two, as Indy aged out of the pre-school, I had to come up with another plan: a way to homeschool her, and yet, let her grow in a unique, integrated farm and family environment. Soon, the idea of building a one-room schoolhouse here on our farm was born, and we were pouring concrete, laying a foundation for a school and future that was uncertain but exciting to work towards.

When Joey passed, thousands of letters and cards of condolence came in from all across the country and world, and many of them contained ten-dollar bills, twenties, or checks that people had sent, as a gesture just to help our family as best they could. When we spread out all the letters on a table, it added up to $100,000… almost exactly what the cost of the one-room schoolhouse would be!

In the fall of 2018, we opened the school. Now, nearly four years later, we have a full-time teacher and a dozen children, including Indiana, all learning in a unique, one-of-a-kind environment that is as alive as each of the kids are. Over time, the schoolhouse has grown to include a greenhouse, garden shed, gardens and playground, barns, and a barnyard full of goats, pigs, donkeys, turkeys, and chickens. The idea of a fully working farm school has come to be, and then some. 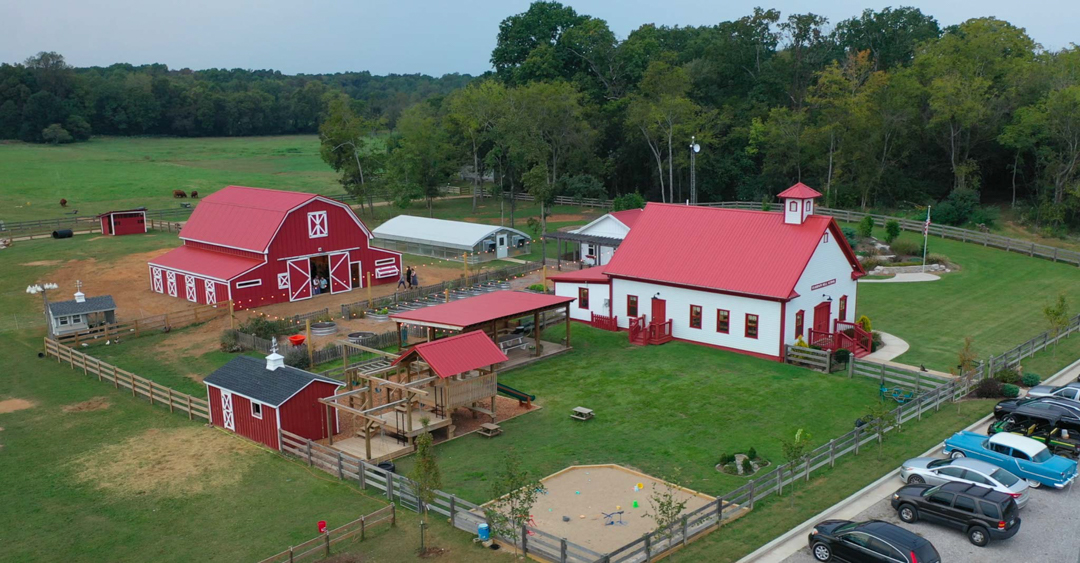 And as Indiana’s schoolhouse came to be, another building here on the farm would find its purpose again also. When Joey and I stopped performing together in the fall of 2015, I felt certain that my days of being on stage were behind me, so for the next couple of years, the concert hall that we’d built here on the farm stayed empty. But in time, I would be reminded that Joey had first seen and heard me, sitting on a barstool singing songs and telling stories, and I would find my way back on stage and strangely feel at home, even though I was now alone in the spotlight. It would be a place where I would feel her beside me, singing songs and sharing stories, and that big empty building would find new life and hope. All these years later, it’s now called Homestead Hall, and besides the dozen or so concerts I play there each year, lots of other artists also come and perform on the stage. These artists bring new life to the place that started our unique creative journey more than ten years ago.

In the coming years, I would go on to turn all the footage we had been filming together from 2014 to 2016 into a full-length documentary called To Joey, with Love that would play in theaters all across the country. The blog that I had been writing led to the opportunity to write two memoirs and four children’s books that I’m so proud of. And now, of course, a monthly column in Plain Values.

In 2020, the ‘Mealhouse’ that Joey and my sister Marcy had started a dozen years before branched out into two more ‘sister’ restaurants in our area… Marcy Jo’s Bakery in nearby Chapel Hill and Marcy Jo’s Muletown in downtown Columbia. That same year we also began making a new TV series called Muletown In The Round, which showcased some of the best country music songwriters, songs, and stories. We also began a new docu-series called This Life I Live, where we captured and shared some special moments from our lives here and around the farm.

And now here it is—2022, and we are still finding our way. It’s a delicate balance between the life that Joey and I built together and the life that we’re building now. They aren’t the same, but one could not be without the other. I have come to realize that none of the things we are doing now could be without the things that we did then. The hope and the love that we are trying to grow now wouldn’t be possible without the hope and love and life that Joey and I built together from 2002 to 2016.

When we were first married, Joey and I had dreams of homesteading on our farm. We dreamt of doing all we could to be as self-sustaining as possible on what was only 6.5 acres at the time, and we did all we could to make the most of it. We grew a garden and raised chickens for eggs and, at times, for our freezer. But over the past few years, our farm has grown to 100 acres, and now both of my sisters and their families live on either side of our old farmhouse. And many of their children work on the farm as farmers, gardeners, and in other roles. This is all part of a bigger picture and vision of learning to be a closer family that grows our own food, life, and culture together; a place where we can teach other families and communities to do the same.

Over the last year or so, we’ve started hosting Homesteading events where people travel from all over the country to hear some of the best speakers and teachers share their knowledge of building a better life and living from the soil and home that you have, wherever you are.

It has been such a gift to me to see the roots that Joey helped plant so firmly in the soil here at our farm… to see it take root and grow life and love beyond what any one of us could have imagined. That, combined with the creative wings that God has given me, has created a unique opportunity to stay grounded and soar to new heights at the same time.

It’s been a wonderful gift to me to get to be part of Plain Values, both the magazine and the team. I’m excited to see where this column will lead creatively for me, and the hearts and lives that might be touched and inspired by the work that they, and I, are all part of.

Thank you for letting me share an abridged version of our story, in four parts, over the last few months. I’m anxious and excited to share other thoughts, ideas, and stories in this column in the coming months and years.

Blessings to you all.