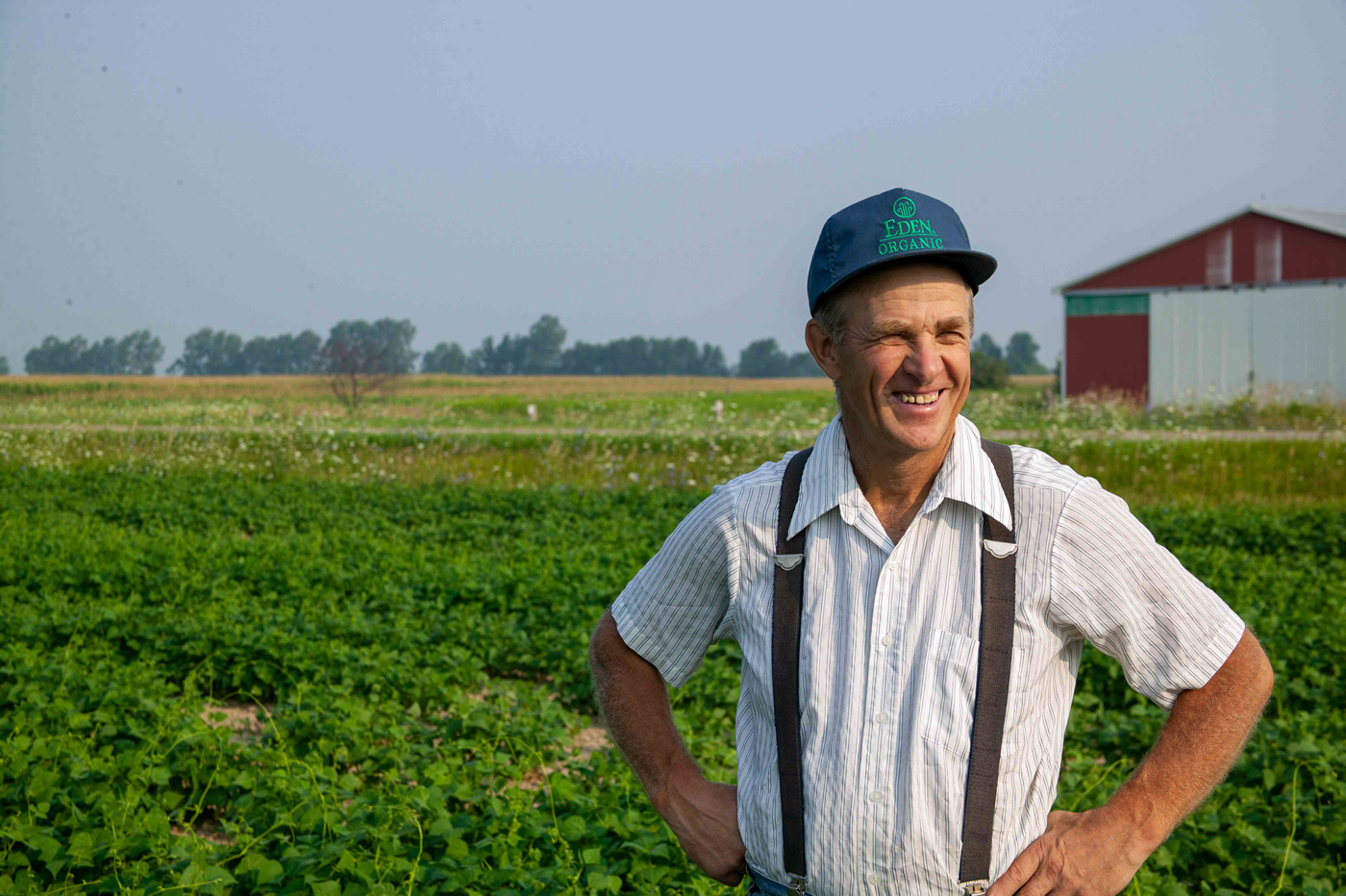 With fifty-four years of experience, Eden Foods is more relevant than ever. Pursuit of its goals of healthy soil and pure food for all, local supply, righteous price, and sharing an understanding of the dynamics of good health, has been a painfully educational, joyous journey.

Originally a natural food co-op, we hold to the company (bread sharers from the Latin) original principles and goals. Initially sourcing brown rice, seaweed, and miso from macrobiotic guidance. Knowledge of biodynamics and a visit from three Austrian, Rudolf Steiner Institute representatives who were working with U.S. Steel and travelled to meet with us, helped guide and encouraged our principles and high standards for Eden Food’s selection criteria. The nature of Eden Foods as a principled natural food company gives rise to the question, “What principles?”

Still remaining a small company, Eden has maintained the highest organic standards and is the longest serving natural food supplier in North America. The company’s focus is on the purest life supporting food, and accurate information about them, their uses, and benefits.

The hunt for good food grew around selecting whole grain and beans, which commonsensically required food without toxic chemical contaminants. Driving around country roads, ringing doorbells, knocking, and asking folks if they would be willing to grow grain and beans for us without chemicals was an awkward, fruitful beginning.

“As young people learning about the diet-disease relationship, the abysmal condition of commercial food, and as a group planning to start families, we were motivated to acquire good, pure food, and wanted to share it,” said Michael Potter, president of Eden Foods.

After reading the book, You Are All Sanpaku by George Ohsawa given to him by his sister, Michael began a search for brown rice, miso, and seaweed. As personal and societal awareness grew to understand the relationship between food and health, the quest developed into Eden Foods. Growing from self-interest to wider commercial fulfillment was driven mainly by demand. 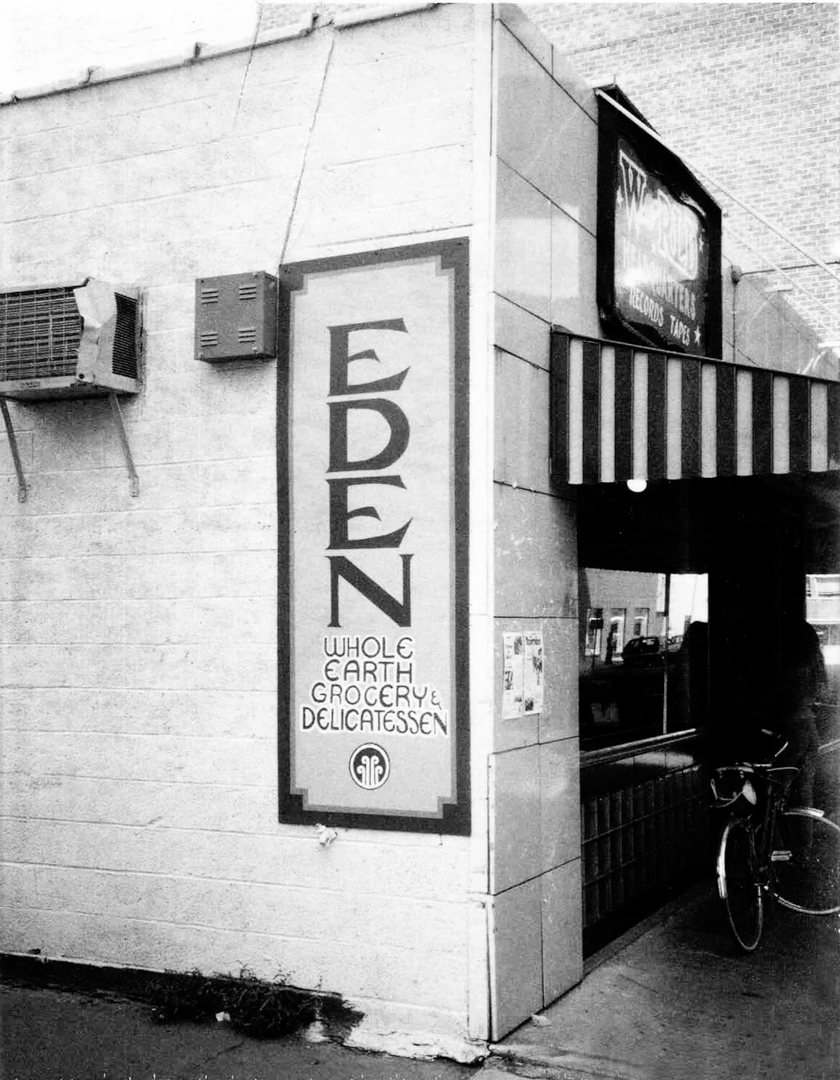 In the 60s and early 70s, Eden Foods was the only source of natural food in the Midwest. Over time, as natural food companies thrived, lost their way, sold out, or went out of business, natural food distribution became consolidated into Wall Street monied companies. Greenwashing drowned out all but the most grassroots, local companies growing and preparing good food. The public was falsely led to believe that through the transformations they were seeing, the integrity and authenticity of natural and organic would remain unchanged. When the USDA became the sole owner of the “marketing term” organic, the marketing agency for toxic chemical agriculture and GMOs became empowered to policy-encourage organic fraud. Despite doublespeak to the contrary, organic standards fell abysmally low from that point. Fraud rapidly accelerated.

Suddenly and magically, it became far cheaper to grow organic grain and beans in Eastern Europe and China, despite having to move them halfway around the world. U.S. real organic growers were unable to compete. Berries, fruit, and vegetables from California were replaced with “organic” versions shipped from 5,000 miles south. Nearly all natural food stores were swept up and consolidated into finance giants with immediate profit being the goal. Wall Street, bolstered with federal organic agricultural policies, has served a huge setback to organic agricultural development in this hemisphere.

Eden Foods believes it an inalienable right, and an essential to intelligent food choice, to have accurate facts about food; how it is grown, handled, processed, prepared, and exactly what is in it. Following successful lobbying (bribing) and new government policy, the food industry hides where food comes from, how it is grown, handled, processed, and what toxic chemicals they contain. Successful marketing of that food is impossible if they were to be straightforward and forthright.

Food disparagement and labeling laws give legal standing to intentional misinformation and deceptive marketing. “Through the 60s and into the 70s, if something was in the food or in the packaging material of the food, it was an ingredient and had to be declared as such. Since the mid 1980s the definition of ingredient has quietly been changed to, If it impacts the nutritional information panel, it is an ingredient. If a substance does not impact nutritional information, it is not an ingredient. Thousands of chemicals, mostly toxic, no longer need to be declared as ingredients,” said Mr. Potter. Previously, reading packages was helpfully informative. That is no longer so. Food packaging label laws are legal foundation for a massive misinformation scheme.

Eden Foods is proud to clearly show its ingredients, going to great lengths to make them easy to read. Ingredients are not hidden under folds, flaps, or in type that is impossible to read. Questions about Eden foods and their sources are warmly welcomed.

The company name, Eden, was drawn from singer/songwriter Joni Mitchell’s hit song Woodstock; “We are stardust, we are golden, and we’ve got to get ourselves back to the garden.” In a supportive role for the name Eden was – Environmental Defense, Energy Network. 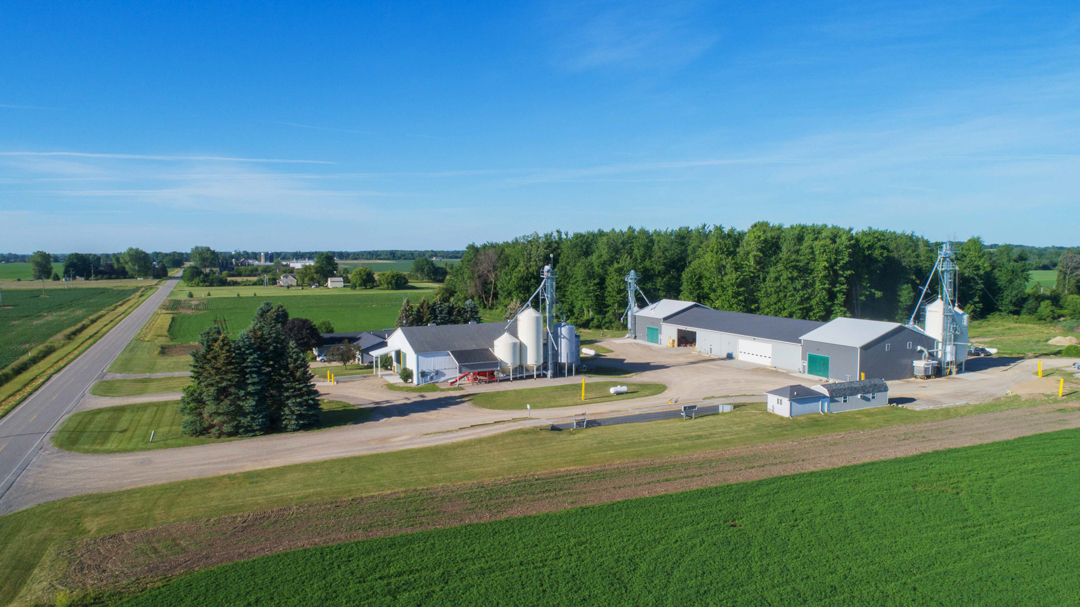 Pure, real organic food requires more than doing paperwork for USDA’s unprincipled organic system. Knowing and learning about the growers, their motivation, farming practices, how they harvest, handle, store, and transport crops, all provide insight into potential reliability and other values. Personal relationships supply the information needed to answer logical questions from discerning folks about the food they seek. That knowledge allows Eden Foods to be straightforward and transparent with our customers, and to know what we are feeding our families.

Through fifty-four years of change, Eden Foods still travels rural roads, knocks on doors, and gets to know real organic farmers. Regularly heard in our travels is that Eden Foods is the only natural, organic food company that does this. Eden management and staff sit at kitchen tables to share ideas and updates. Fields are walked, information collected, and relationships are nourished. Knowing farm histories, the prevailing winds, and how the farms are positioned into the environment, are part of the value derived. Learning the motivation behind various organic farm families has served us and our patrons very well. The company works directly with organic growers and traditional food makers, helping nourish approximately 100,000 acres of organic farmland and its 380 families.

“Changing how food is grown and handled will fundamentally change all aspects of humanity and societies in positive ways,” said Mr. Potter. This belief has guided and sustained Eden Foods. A consistent Eden marketing theme has been, “Organic agriculture is society’s brightest hope for positive change.”

“In selecting food we offer and eat, we strive to do so in harmony with the goal of bringing back life to the soil,” said Mr. Potter. As Eden studies organic food options, an overriding question is, “What will result in, and nurture, life in the soil?” Vital energy from healthy, living soil is essential to good food production.

The people who make the company work, its suppliers and customers, share an affinity with the original mission in an enthusiastic pursuit of excellence and pure food.