Five hundred years ago, North America produced more food than it does today. That should stir your imagination and make your heart race.

Decades ago, as I was studying controlled livestock grazing, I was amazed that production per acre in wild systems exceeded production in farming and herding systems throughout the African continent. Unfortunately, the sad truth is that most human-managed systems are not as productive as wild systems.

And yet, God’s imperative to humans is to make wild places more productive. In fact, throughout Isaiah’s prophecies, wildness indicates judgment and scarcity. Even a cursory glance at the historical rise and fall of civilizations shows remarkable consistency in the human capacity to destroy ecosystems rather than regenerate them.

On our farm, gullies and barren rocks greeted our arrival in 1961. Some three to five feet of topsoil had washed away since initial European settlement. On average, today’s bushel of corn costs us two bushels of soil. Throughout American agriculture, we’re losing an inch of soil every forty years. That’s imperceptible to the human eye, but it’s twenty-five times faster than soil builds under natural conditions.

Is this human exploitation, this destructive nature, inherent or can human presence accelerate soil building? Can it encourage species diversity and synergism? Can it offer long-term abundance? The answer is yes, but the problem is we don’t see many demonstrations of it.

In general, civilizations build on rich resources: soil, water, air quality. As those deteriorate, civilization ebbs. If it turns to desert or rocks, civilization collapses. The Greek historian Homer wrote that he could walk across the entire north of Africa and never leave the shade of a tree; today, that’s the Sahara Desert. Likewise, large lime slabs in India’s deserts indicate grain storage capacity in earlier times.

The first Europeans in Australia documented an average soil organic matter of twenty percent. Today’s it’s one percent. North America averaged about eight percent; today it averages one percent. When you consider that every pound of organic matter holds four pounds of water, that loss of sponginess has huge hydrologic consequences. Every percentage loss in organic matter drops water retentive capacity by twenty thousand gallons per acre.

Interestingly, the Levitical law imposed a seven-year sabbatical on crop ground, but not on pasture land. This gives us a clue about long-term soil fertility: tillage is soil’s number one enemy. All of the abundant natural ecosystems discovered and eventually exploited by humans accumulated slowly over many years. Indeed, Sir Albert Howard, guru of aerobic composting, wrote in his iconic 1943 An Agricultural Testament that it is the temptation of every civilization to turn into cash what nature spent centuries building.

As farmers and stewards of God’s creation, our legacy mandate is to leave the land more productive, with more soil, more water, and more breathable air. Extending God’s redemption into our landscape, viscerally and visibly, brings a physical manifestation of spiritual healing into our communities. If the saga of human history indicates exploitation and rape of God’s creation, surely proper stewardship would reverse this narrative.

How? To answer that, we need to look at how God builds soil. Environmentalists would implore us to study nature’s patterns. For example, looking at our North American landscape, what built these remarkable soils that blessed our nation with wealth, not of our making? Because my Virginia is where European conquest first gained a toehold, it has the longest abuse and, therefore, the starkest contrast between what was and now is.

John Taylor of Carolyn served with Thomas Jefferson in the Virginia House of Burgesses and wrote Arator, published in 1818. His words resonate prophetically:

Let us boldly face the fact. Our country is nearly ruined. We have certainly drawn out of the earth three fourths of the vegetable matter [organic matter] it contained, within reach of the plough. Vegetable matter is its only vehicle for conveying food to us. If we suck our mother to death we must die ourselves. Though she is reduced to a skeleton, let us not despair. She is indulgent, and if we return to the duties revealed by the consequences of their infraction, to be prescribed by God, and demonstrated by the same consequences to comport with our interest, she will yet yield us milk.

We must restore to the earth its vegetable matter, before it can restore to us its bountiful crops. In three or four years, as well as I remember, the willow drew from the atmosphere, and bestowed two hundred weight of vegetable matter, on two hundred weight of earth, exclusive of the leaves it shed each year. Had it been cut up and used as a manure, how vastly would it have enriched the two hundred weight of earth it grew on? The fact demonstrates that by the use of vegetables [biomass], we may collect manure from the atmosphere, with a rapidity, and in an abundance, far exceeding that of which we have robbed the earth. And it is a fact of high encouragement; for though it would be our interest, and conducive to our happiness, to retrace our steps, should it even take us two hundred years to recover the state of fertility found here by the first emigrants from Europe; and though religion and patriotism both plead for it, yet there might be found some minds weak or wicked enough, to prefer the murder of the little life left in our lands, to a slow process of resuscitation.

Forbear, oh forbear matricide, not for futurity, not for God’s sake, but for your own sake. The labour [sic.] necessary to kill the remnant of life in your land, will suffice to revive them. Employed to kill, it produces want and misery to yourself. Employed to revive, it gives you plenty and happiness. It is a matter of regret to be compelled to rob the liberal mind of the sublime pleasure, bestowed by a consciousness of having done its utmost for future ages, by demonstrating that the most sordid will do the utmost for gratifying its own appetites, by fertilizing the earth; that the process is not slow, but rapid; the returns not distant, but near; and the gain not small, but great.

Isn’t that fantastic? As early as 1740 colonial Governor Spotswood dispatched some friends he called the Knights of the Golden Horseshow to scope out the Shenandoah Valley, where I live. They reported back that everywhere they rode, they could tie the grass in a knot above the horses’ saddles. It was a magnificent silvopasture, managed aggressively by the Native Americans with fire to encourage game and grasslands. 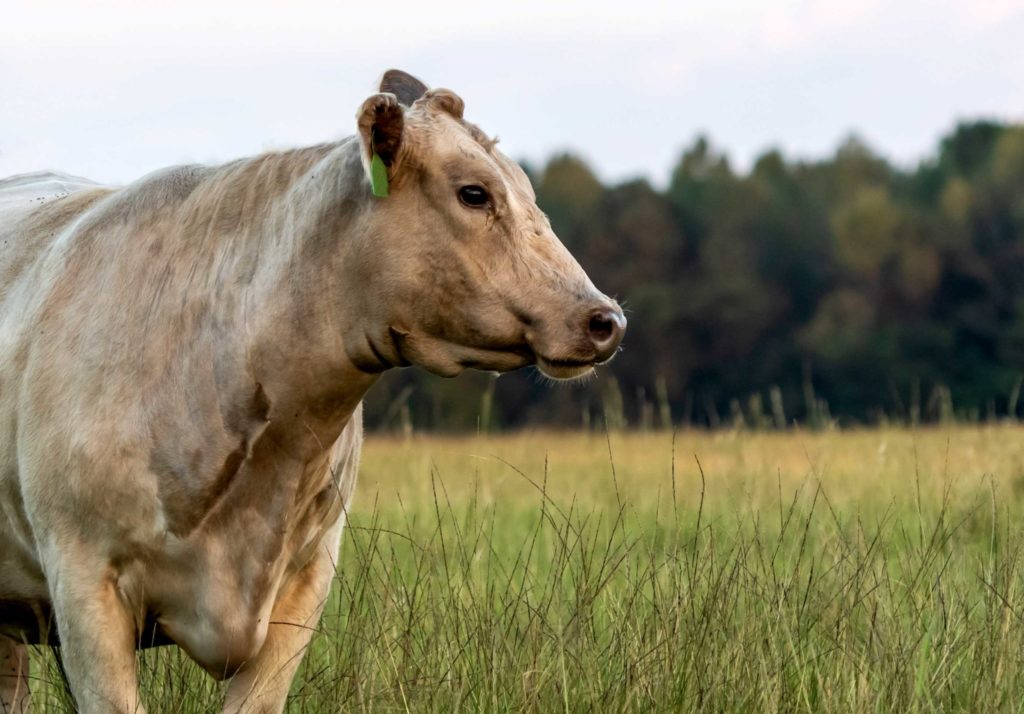 Yes, they planted some corn, squash, and beans, but with a bison scapula tied onto a wooden stick with muscle sinew, they could only till tiny plots. Indeed, the sheer laborious tillage techniques–until modern machinery–slowed soil degeneration. The Biblical sabbatical spoke volumes to God’s view of tillage, which was also in a culture where tillage and grain production were arduous.

The ancients deployed much of their military power protecting 12-foot high clay urns of grain. Historically, grain couldn’t be fed to animals; it was a luxury destined for bread. Stall feeding to fatten cattle was not grain feeding; it was cut and carry. Without the exercise of the nomadic herd, beef animals could finally fatten on green material scythed from a nearby field. A field, by the way, that received the stall cleanings in the ox cart going back to the field, thus maintaining fertility.

In God’s natural system, nobody imports chemical fertilizer in a bag. Nothing plows. Soil builds through the constant application of biomass, and specifically brown biomass, not green biomass. Leaves fall when they’re brown, not when they’re green. Grass falls over after it has lignified, after the cellulose becomes structurally cardboard-like. That lignified carbon can burn in fire, but it can also feed carbohydrates to the soil microbes.

All rich, deep soils on the planet developed under grasslands, not forests and not bushes. And certainly not cropland. These perennial prairies and savannahs fed massive amounts of animals. In North America alone, millions of bison, at least two million wolves (each of which needed twenty pounds of meat a day), and two hundred million beavers munched, pruned, and carved through a biomass cornucopia. And birds. Yes, the naturalist John Audobon in the early 1800s recorded in his diary that he could not see the sun for three days because it was blocked out by a flock of passenger pigeons. I submit that was more weight than all of today’s factory chickens, and they didn’t eat any annual grains.

The bottom line is this: the secret to national wealth and individual farm health revolves around carbon stewardship. Growing it. Shepherding it. Using it. If all the money currently spent on fertilizers was invested in carbon cycling, we’d build soil, grow more nutrition, and enjoy more water retention in our landscapes. Next month I’ll dig into this topic further to explain how to exercise this principle in our gardens and farmland.