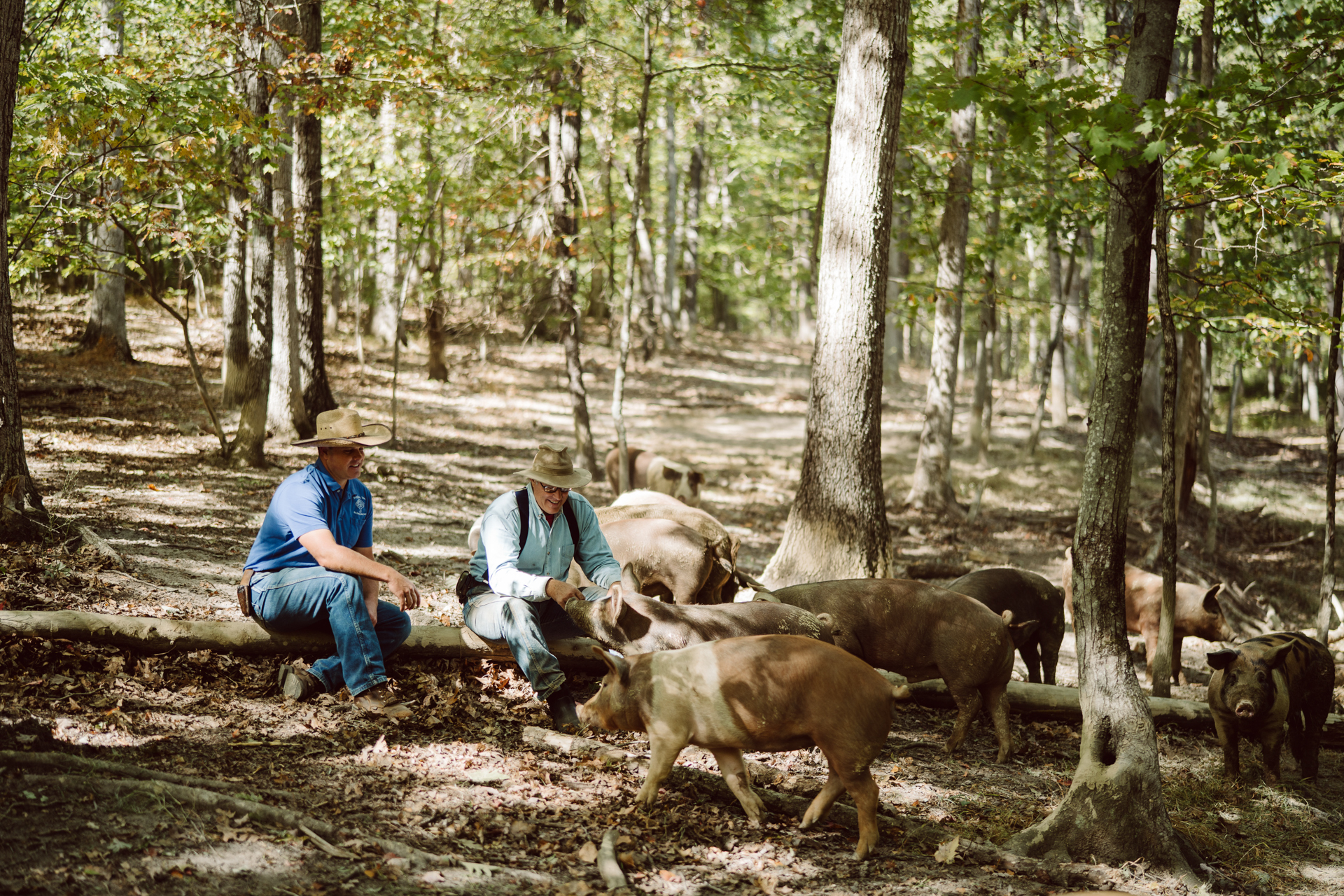 The Proverbial stinky pigsty is probably one of the most accepted norms in farming. Few things are as repulsive as concentrated hog manure. When I promote pig raising, almost one hundred percent of the time, people ask, “But how do you handle the smell?”

One of my favorite things to do with folks who visit our farm is to take them to the pigs for a close encounter of a different kind. These pigs don’t stink. You can walk in their pen with them, pet them, let them snoodle on your shoes, and the whole experience will leave you with aromatic pleasure.

How can this be? I’m not making this up. As long-time readers know, our farm offers a 24/7/365 open door policy for anyone to visit anytime to see anything anywhere unannounced. With that level of transparency, I’d better not be making this up. The one time when we have a slight hog odor is right at the end of winter when they’ve been cooped up in a hoop house for three months, and we’re pushing the limit of our carbonaceous diaper.

Otherwise, they are virtually odor free. You could literally eat lunch with the pigs… if you keep moving so they don’t have you for lunch. Few animals are as utilitarian as pigs. Being omnivores, they eat a wider variety of things than goats. Hog fat rendered through lard is both the most nutritious and healthiest of all cooking fats, contrary to popular dietetics. And who doesn’t enjoy pepperoni and the wide assortment of charcuterie that come from pork? Throughout history, pork, more than any other meat, offered long-term refrigeration-free storage options due to curing magic.

In short, the hog is one of the most beneficial animals to raise, but it is definitely one of the most problematic due to odors. If you’ve always wanted to raise some pigs but feared for your nasal future, fear no more. Here are the principles for raising odor-free hogs. 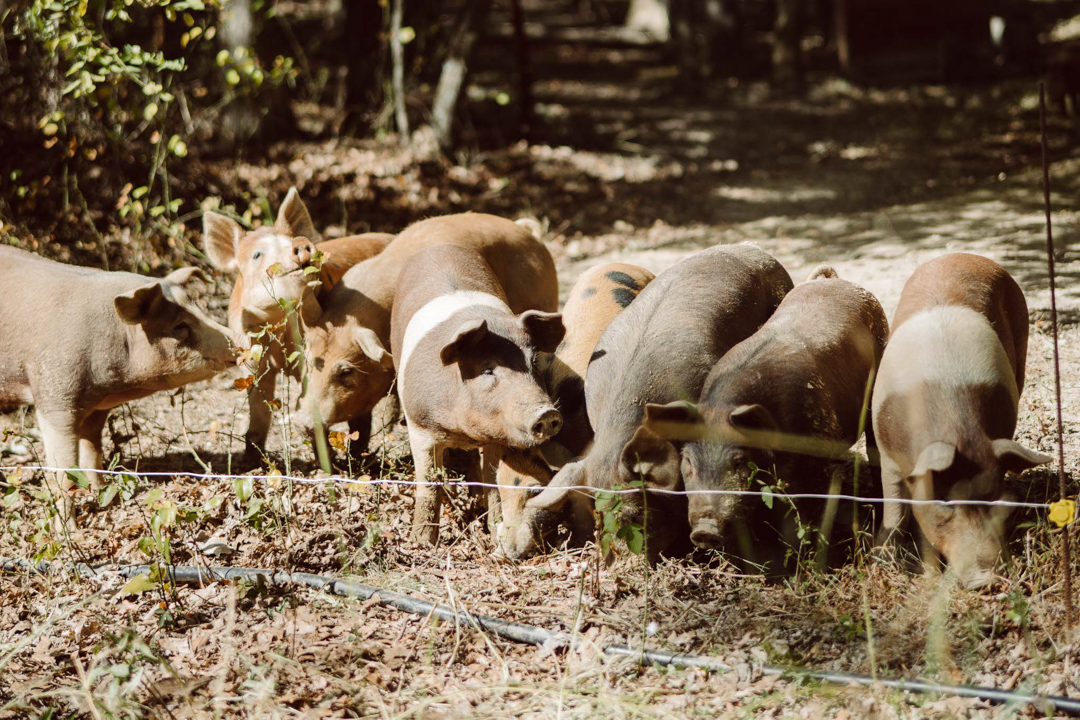 The biggest odor nuance in livestock is diet. Just like humans, you can tell a lot about an animal based on the consistency and odor of its manure. Anyone who has cleaned a diaper knows that consistency and smell offer insight into digestive completion and overall health. The pig, like all animals, is no different. The single most dramatic way to influence manure odor is through forage and roughage.

On our farm, as we worked on the odor issue over the years, we learned that some hay in the hogs’ diet greatly reduced obnoxious manure odor. A grain-only or concentrate-only diet yielded a runnier manure too. But a bit of hay firmed it up and tamped down the odor. The same is true with poultry. Pastured poultry manure doesn’t smell at all like chicken manure in a confinement industrial house.

Fortunately, pigs aren’t that picky about feedstuffs and are glad to chew on hay you wouldn’t feed to any other animal. No matter how careful you make hay, you’ll always have some that gets rained on a couple of times or gets made too wet and molds. If you don’t make hay, you can always find someone with a botched batch ready to practically give it away just to get rid of it. That’s your pigs’ gold mine.

“If you don’t make hay, you can always find someone with a botched batch ready to practically give it away just to get rid of it. That’s your pigs’ gold mine.”

For about three months in the winter, we have the pigs sheltered in hoop houses or sheds, where the risk of odor is greatest. During that time, each morning we throw in generous amounts of junkie hay. The pigs love tearing it up, rooting around in it, eating some, and pooping on the rest. This material is half food and half bedding.

Since pigs pick a toilet spot, we like to throw this hay on that area to help soak up the urine and manure. Once they stomp it all into their toilet area, they won’t eat any more, but until they do, they’ll chew on it and play with it. This procedure has the additional benefit of giving the pigs some play time and work to do. Perhaps play and work reduce stress enough to have an effect on manure odor too. I know when I’m stressed, my bowels get in an uproar, and my stools don’t smell like the good stuff…