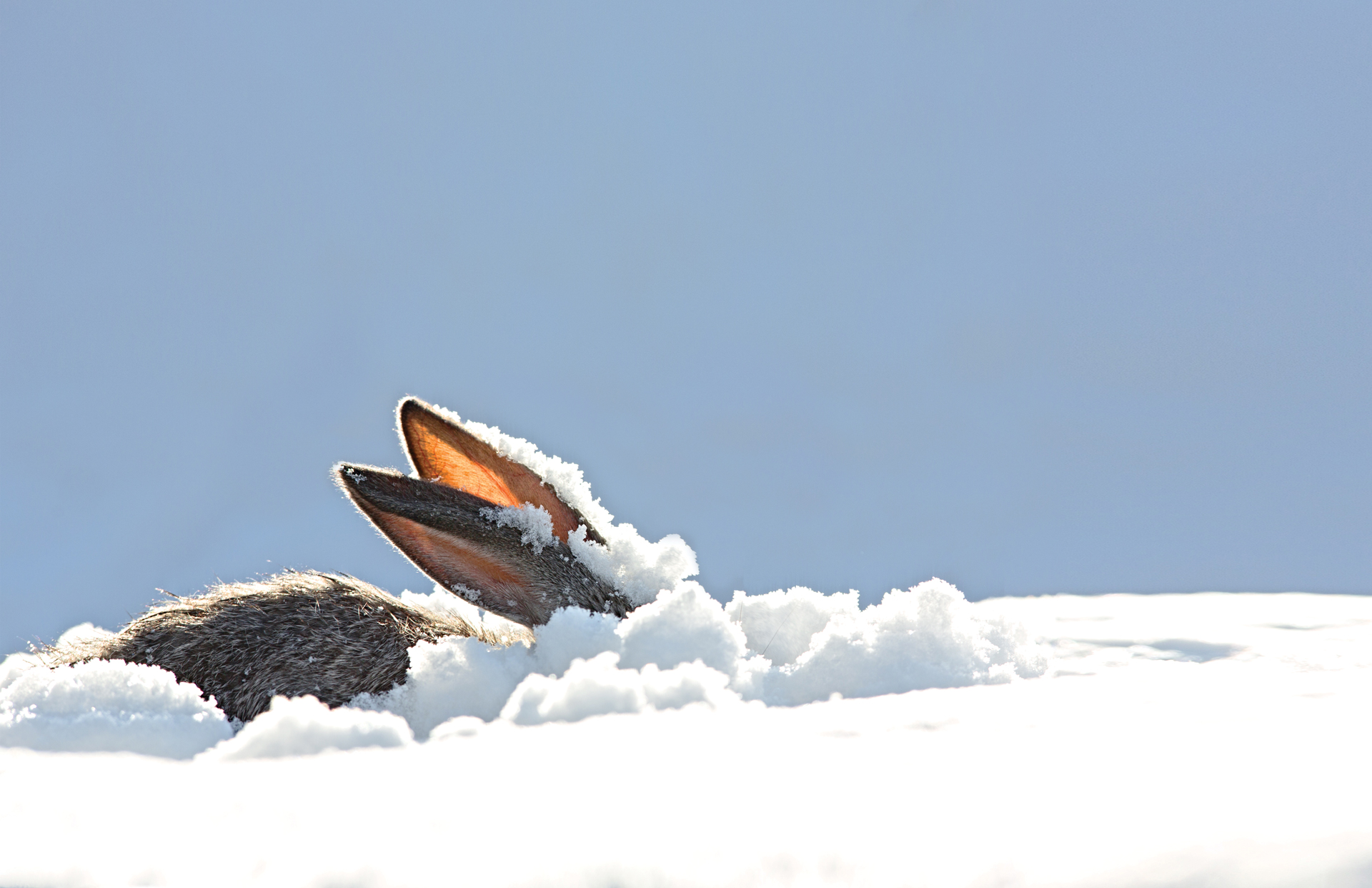 All About Cottontail Rabbits

Ask most hunters what animal they first hunted, and many will name the rabbit. Bunnies are found in all the lower 48 states, including several subspecies. They’re extremely prolific and inhabit both urban and rural environments. They’re also delicious on the dinner table and are fun to hunt. Those are some of the reasons they’re so beloved by hunters.

When people ask who taught me how to hunt, I conjure up memories from many decades ago when I accompanied my dad, uncles, and grandfather on rabbit hunts. Grandpa had two beagle hounds, Sparky and Spotty. Initially, I was too young to hunt, so my cousins and I tagged along and watched. The technique was to hunt the little hounds in thick cover where rabbits liked to hide. Any big briar patch was a good bet. Once flushed, the rabbit dashed away with the hounds pursuing closely. The bunny would outdistance the dogs and maintain a more leisurely pace, sometimes slowing and even stopping momentarily while the dogs unraveled the trail with their keen noses.

But the rabbit almost always made a profound mistake which often led to its demise. Something in its little brain compelled it to choose a circular route so it would eventually return to where it was originally flushed. Knowing that pattern, the hunters didn’t follow the hounds on the long circular course but took up positions where the bunny was first jumped. Standing on a log, stump, or rock allowed the hunter to watch from an elevated position, ambushing the rabbit as it hopped by. Sometimes the rabbit would dash into a burrow before completing the circle, leaving the hunters waiting in vain. As an added bonus, the appearance of a squirrel brought a temporary halt to the rabbit hunt as we turned our attention to the squirrel.

Although the rabbit hunt was a great family outing in itself, we looked forward to the end of the day. Before we left the woods, we’d clean the rabbits and take them home to Grandma, who had a big pot of homemade tomato sauce simmering on the stove. She’d quarter and wash the rabbits in cold water, dry them and brown them in a skillet with olive oil. Then they’d go in the tomato sauce and were cooked until the meat fell off the bones. It was a meal fit for a king, especially with warm, wonderful, freshly made bread.

A shotgun was always the firearm of choice because the rabbit was usually a running target, but some hunters used a .22 since bunnies often used a stop and go pattern. A sharp-eyed hunter could make good shots when the rabbit slowed down for a moment.

Hunting rabbits without hounds requires a far different strategy. Rabbits are nocturnal and spend the daylight hours in their dens or tucked into heavy brush piles. The hunter must physically get them unnerved to the point where they’ll explode from cover and dash away. This means literally fighting your way into plenty of briars and thorns and downed treetops, as well as possibly poison ivy. When the unseen rabbit bounces away, the hunter is typically startled for a moment and must regain his/her senses to shoulder the shotgun and try to hit the zig-zagging bunny. Easier said than done! 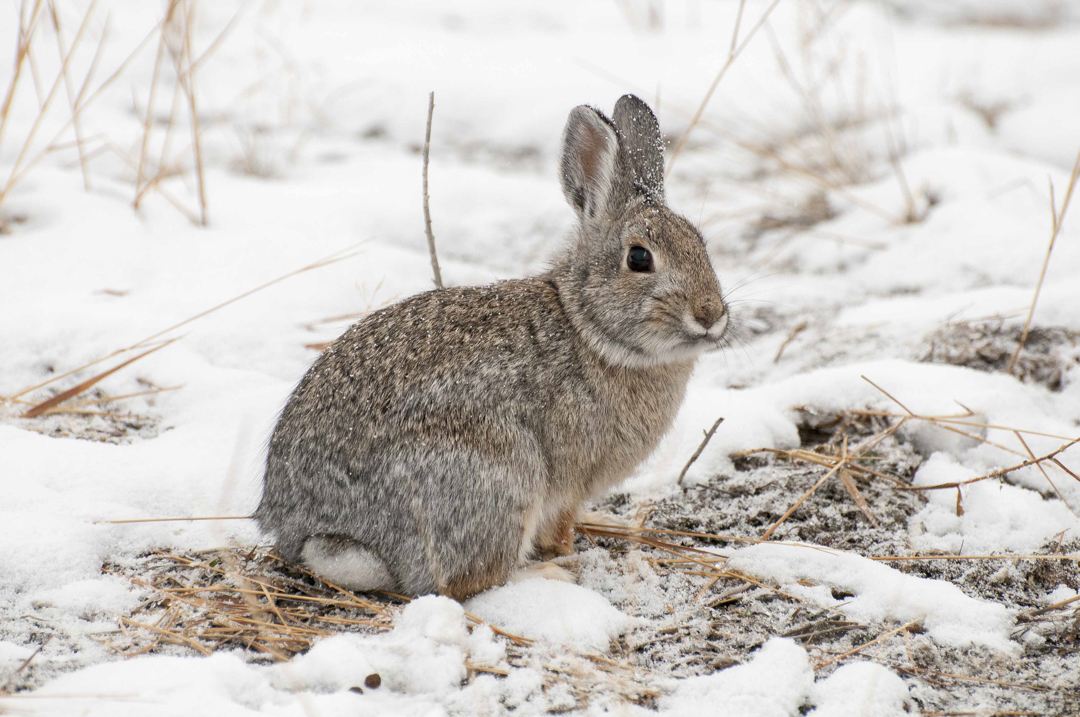 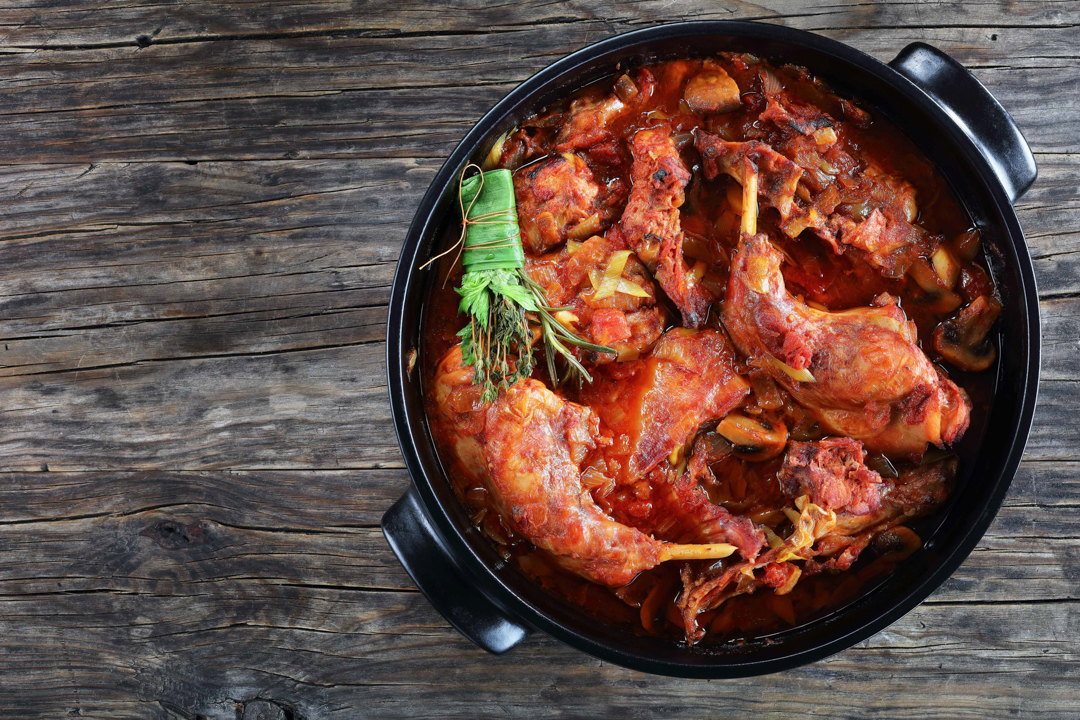 When I moved to Utah to study forestry, I was delighted to learn that rabbits were plentiful in the West. On one occasion, several of my classmates and I went hunting for jackrabbits and cottontails in a vast sagebrush area. Targets were everywhere, and our shotguns claimed several. I was disappointed to see that no one was picking up the cottontails, leaving them with the jackrabbits, which were considered varmints. I gathered up all the cottontails, cleaned them, and cooked up a huge pot of rabbit stew. None of my buddies had ever eaten rabbit and were impressed. After that, never again was a cottontail left in the sagebrush. Later on, I learned that jackrabbits were excellent table fare too.

I befriended a local rancher who gave me permission to hunt rabbits on his place. When I showed up with my shotgun, he was shocked and explained that only a scope-sighted .22 was acceptable. I soon learned why. His ranch was mostly open country with rimrock outcroppings and small patches of brush. I spotted rabbits sitting and sunning themselves in places where they were just a hop away from cover or their den entrances. These were bold bunnies, allowing me to approach within a few yards even though they were fully exposed. They were far different than the eastern cottontails that seldom sat in the open. With my scope-sighted .22, I made quick, humane head shots where no meat was wasted.

I soon learned to look for rabbits any place there was a place to hide, whether it was a culvert, a large pipe, an opening in a rock pile, or next to their burrows. Western bunnies can be counted on to sit quietly in the sun until danger approaches, such as a hawk, eagle, fox, or coyote, and then quickly escape into cover with one hop. Sometimes they’ll literally sit at the edge of their burrows. Interestingly, they’ll typically allow a human to narrow the distance to ten yards or less, but sometimes they’ll get nervous and bolt into a safe place.

I’ve found that bitterly cold sunny days with no wind are the best time to hunt western rabbits. They seem to enjoy soaking up the sun, and sometimes their eyes will be closed, but that doesn’t mean you can get really close. Their eyes will snap open at the slightest sound, even the soft crunch of snow under your boot.

Far fewer folks enjoy rabbit hunting in America than in the past. Habitat loss is a primary factor. Many rural areas have been transformed into urban neighborhoods, commercial properties, and places where rabbits and other animals cannot survive. In some rural areas, properties now belong to absentee owners, many of those lands now wearing posted signs. There are fewer youngsters hunting nowadays because they have other activities they’re more interested in, and many have been taught anti-hunting in school. When you consider that access to hunting areas is declining and that cultural values don’t include hunting as an important component, you can understand how hunting is slowly losing its appeal.

Hunting is a tradition passed on from one generation to another. Rabbit hunting is an easy way to keep that tradition going, as well as providing wonderful outdoor adventures for the entire family.