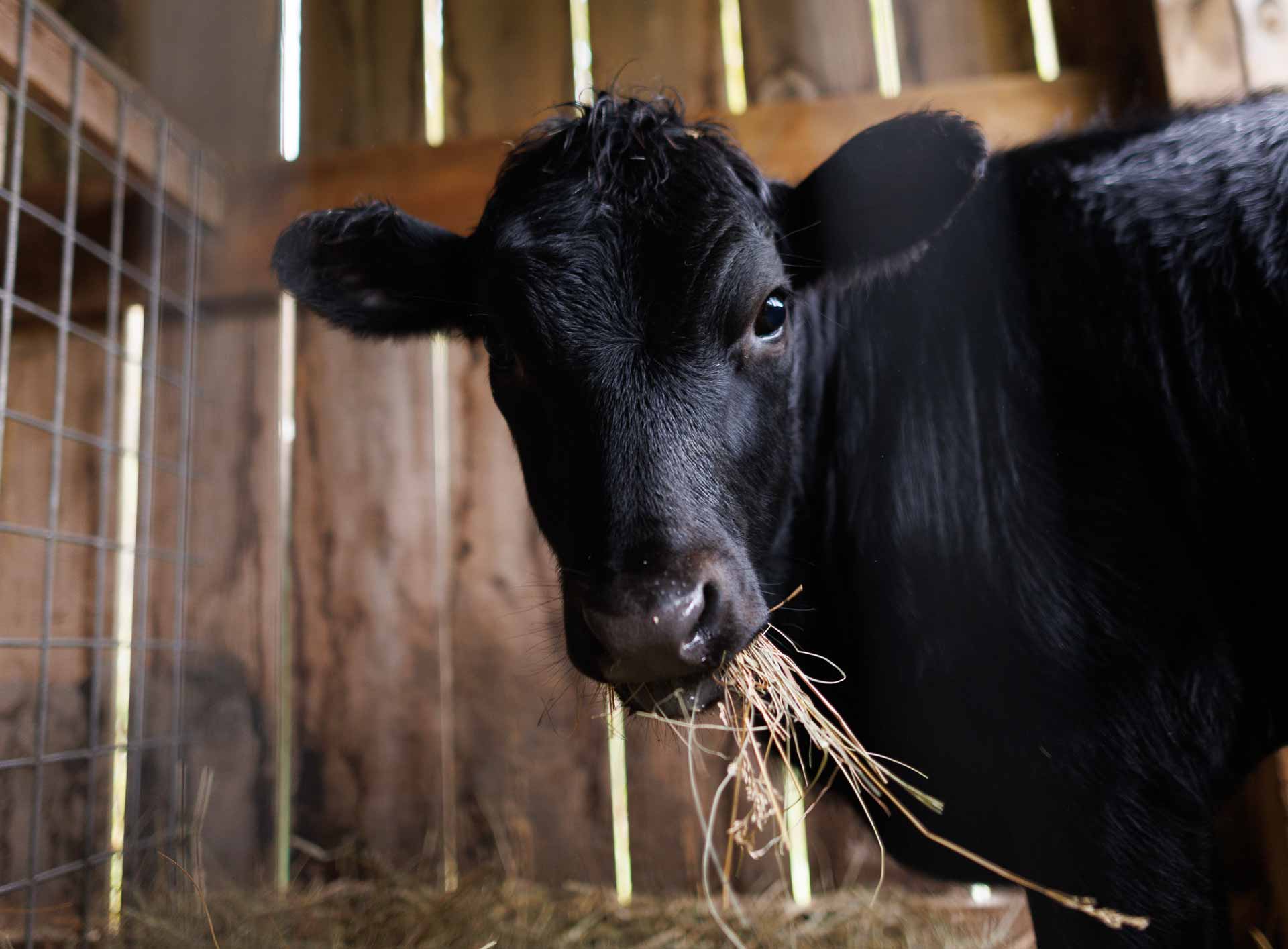 From where our house is perched, halfway up the south slope of Wallace Hill, you can see most of Jeddo’s Run holler, from the woods below Barnes’ field almost all the way to Yankee Run. If we raise our eyes from the kitchen sink, we’re looking over the woodshed roof and beyond, to the fringe of woods that laps down over the brow of Rex Hill, where, last summer, we lost two heifers.

We’ve kept cattle in that pasture for years without any escapees, but this time was special. Something spooked them, and in less time than it takes to tell, they were over two gates and a fence and into the woods. It was June, and the witch hazel, sassafras, and spicebush were so dense that in ten steps, the heifers just disappeared. Fear gave them more than their usual speed, and by the time we knew what had happened, they were just gone.

Tim, our mechanic down in the village, once told us a story about a cow that got loose in the spring of 1972. It was Easter and there was a parade with floats and wagons and three teams of farm horses, and someone got the idea that there should be a cow marching with the 4-H and FFA kids. Actually, three cows were volunteered, and they looked wonderful sashaying along behind the Buckeye Broncos float right up until they reached the Dairy Isle, and then someone threw lighted black cats into the street and those cows lit out for distant parts.

Two of them were caught after just a couple of blocks—dairy cows aren’t made for speed—but somehow the third one got away. She just disappeared, down an alley, maybe, and no amount of searching could turn her up. She must have made it to the woods along the river, though, because a week later two men fishing at the head of Brown’s Island caught sight of her, swimming across the river to West Virginia. After they’d caught their limit they went down to the White Front Cafe and told what they’d saw, and of course nobody believed them because nobody had ever heard of a cow swimming almost a quarter of a mile. But five months later she turned up in New Cumberland, strolling down the sidelines during a highschool football game. They penned her behind the concession stand, and the next day the owner came and fetched her home.

With that story in mind, we didn’t lose heart when our two Jersey girls flew the coop. After we’d combed the woods without success, we went from door to door all over the length and breadth of Rex Hill. It’s mostly just trees on a slope, but there are three twisty lanes and about twenty-five houses; we knocked on doors, talked to people, and left notes where there was no one home. Folks thought it was kind of funny to hear of cows so close to the village, but they took down our number and promised to call if they saw anything…

To read the full story, purchase a January 2023 back issue here.