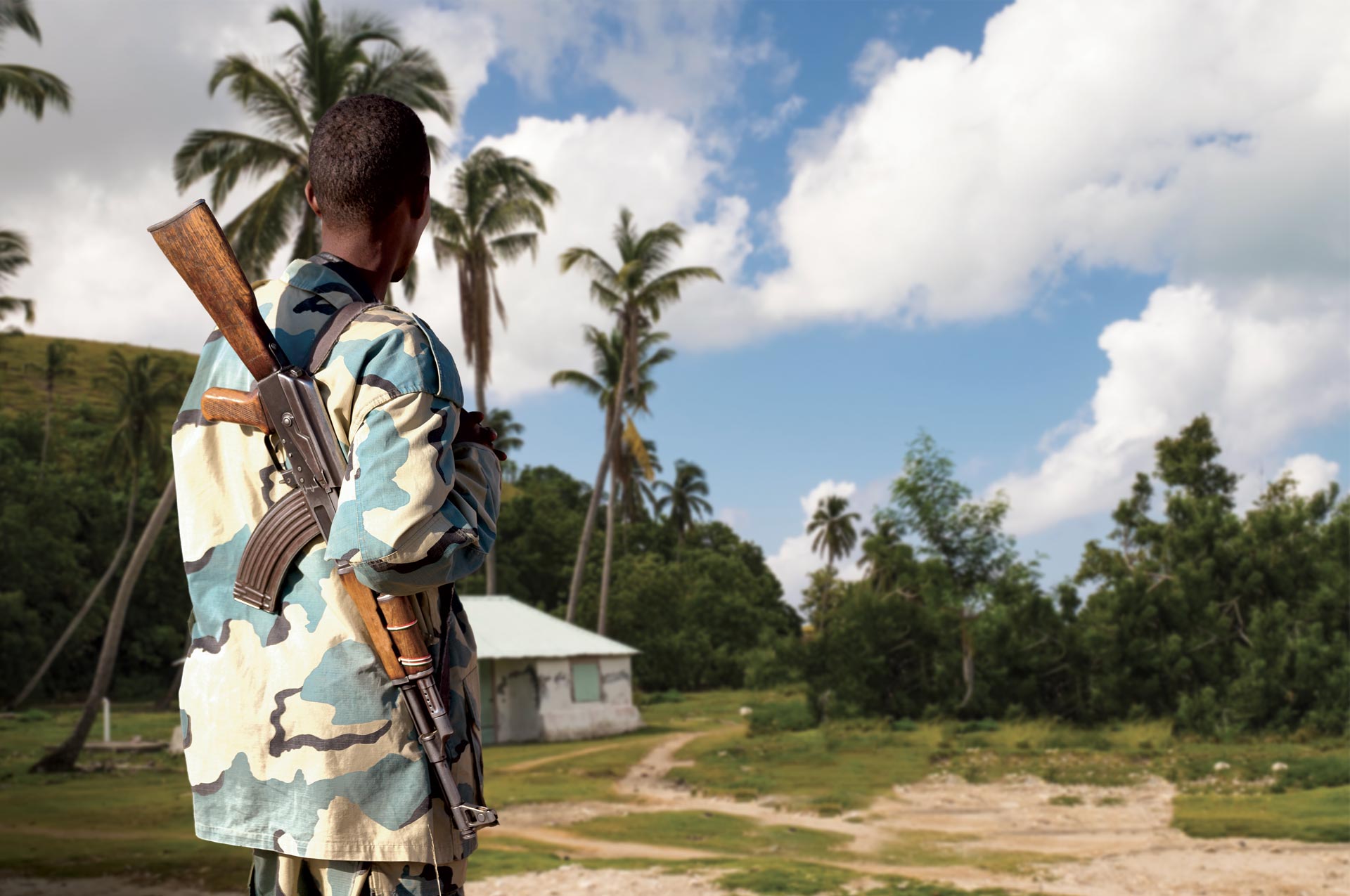 The Story of the Haiti Hostage Crisis

Prayers for the Taken

In Port-au-prince, Haiti, around a hundred gangs fight for control of the capital city. After the president of Haiti was assassinated in July 2021, the gang fighting worsened, and the entire nation plunged into chaos. Gangs frequently use kidnapping as a way to finance their work. In 2020, nearly 800 people were kidnapped, and in 2021, the number was even higher. In April 2021, the 400 Mawozo gang captured a Catholic priest and nun from France, along with eight others from their commune. The ransom the gang demanded for their release was $1 million. It is unclear whether the ransom was paid, but two weeks after the initial kidnapping, the 400 Mawozo gang had released all the hostages. 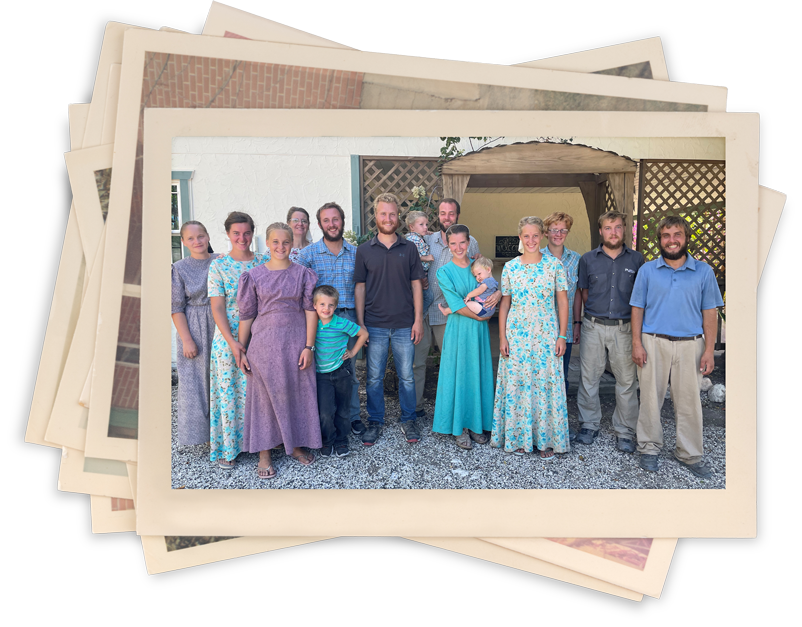 (Above) 15 of the 17 Christian Aid Ministries Haiti missionaries.

It was a Saturday in mid-October, and the morning was sunny, with the temperature a balmy and tropical 70 degrees. In the village of Titanyen, located northwest of Port-au-Prince, seventeen missionaries had their heads bowed in prayer. Those gathered in prayer were six men, six women, and five children. The adults ranged in age from 18 to 48, and the children were ages eight months, 3, 6, 13, and 15. One man was from Ontario, Canada, and the rest were from various American states—Michigan, Ohio, Oregon, Pennsylvania, Tennessee, and Wisconsin. They were all missionaries with Christian Aid Ministries (CAM).

CAM has worked in Haiti for over 30 years, and the work they do includes ministering to orphans and widows; supplying medical clinics throughout the country; delivering nutritional products to malnourished children; rebuilding homes destroyed by earthquakes; offering biblical-based leadership training to teachers and pastors; and paying wages to Haitian workers improving their communities through repairing roads, clearing canals, and laying water lines.

The missionaries were gathered outside, and they prayed for safety and protection. They planned to drive to an orphanage in the small village of Ganthier, located around 25 miles away, and they would be heading through areas known for gang activity. Haiti is one of the poorest countries in the world—one out of every two Haitians lives below the poverty line, three out of every four don’t have clean water, and one out of every four can’t read. These missionaries serving with Christian Aid Ministries in Haiti were there with one goal in mind: to share Jesus’ transformative love with the Haitian people. 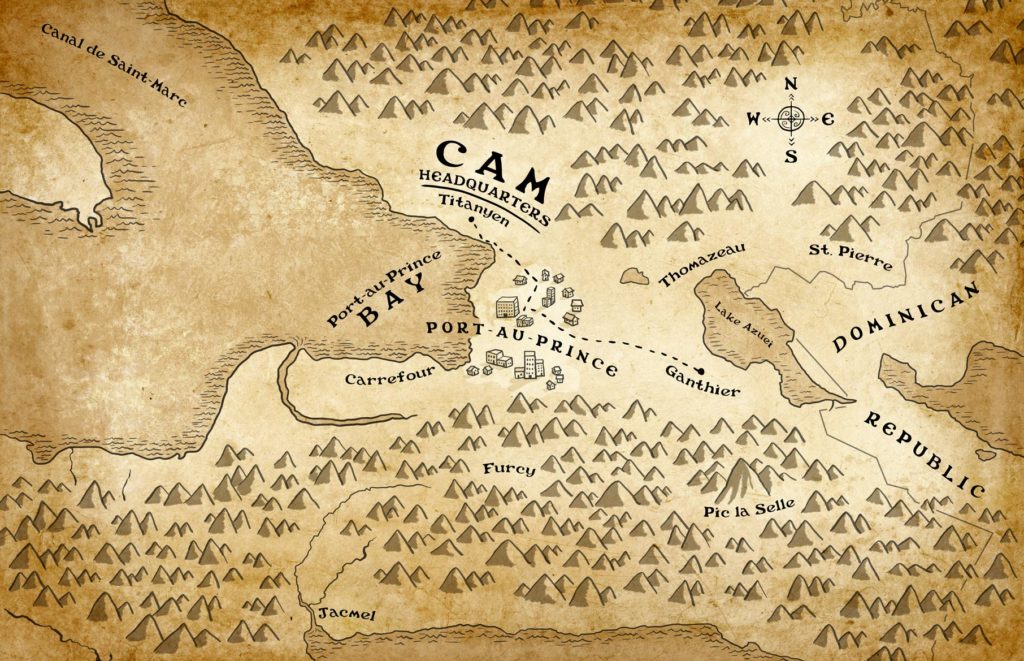 A map of the missionaries path from the CAM base to Ganthier.

The drive to the orphanage was mostly uneventful, and the missionaries arrived about an hour after they left CAM’s base in Titanyen. The missionaries spent three hours with the children at the orphanage, playing soccer and other games, and left around one o’clock after a time of fellowship and a fried chicken dinner. The trouble began on the way home. A few miles west of the orphanage, the road was blocked by an ambulance and a truck laid crossways across the road. Knowing that this stretch of road is known for gang activity, the driver did not want to stop, so he yanked the steering wheel to the side, making a tight U-turn, and headed back in the direction of the orphanage. In the rearview mirror, the driver saw a small white Ford pickup with gunmen in the back racing towards them. These armed men demanded that they follow them, so the driver turned back toward the roadblock. The pickup diverted the van off the main road and down a bumpy trail. The armed men stopped the van again, yanked the driver out of the van, roughed him up, and forced him into one of the other vehicles. The other missionaries were afraid they’d never see him again. One of the armed men got into the driver’s seat, slammed his foot on the accelerator, and sped recklessly over the pothole-riddled road, trying to keep up with the pickup truck. During this time, one of the missionaries shared his location in a text thread with over two hundred people. Another one texted CAM’s Haiti Country Director: “Please pray, the gang has taken us. We’re being kidnapped.”

The dirt road dead-ended in a circular clearing, and the missionaries in the van saw a shack to their left and a house to their right. The ambulance that had blocked the road and another SUV pulled into the clearing, and gang members with assault rifles poured out of the vehicles. The gang members ordered the missionaries out of the van and took everyone’s phones and cash. The gang members brought out the driver and stood all seventeen missionaries in a line against the wall of the house that the gang members called “The Devil’s House.” The hostages feared that they were going to be executed by the gang. Despite their trepidation, they prayed and repeatedly sang the song The Angel of the Lord, based on Psalm 34, verses 7 and 8:

“The angel of the Lord encampeth round about them that fear him, and delivereth them. O taste and see that the Lord is good. Blessed is the man that trusteth in Him.”

“Amid the stress and fear, they sought peace through prayer and song.”

The gang members yelled at them to stop singing, but the missionaries continued anyway. After taking everyone’s shoes, the gang ordered the missionaries towards the shack. This concrete shack had a porch and two rooms; both rooms were already filled with hostages, so the gang members removed two Haitian hostages from one of the rooms to make room for the missionaries. The seventeen walked barefoot into the now-empty room: it was windowless and small—roughly ten feet wide by twelve feet long—and they crammed next to one another to fit inside. After they got in, the guards boarded the door shut. Mosquitoes whined around their heads, slipping in through cracks in the door, and fire ants crawled over their bare feet. It was a sweltering 90 degrees outside, and it felt just as hot crammed inside the small room. As their eyes adjusted to the darkened room, the missionaries noticed the concrete walls were pockmarked with bullet holes and splattered with blood. The children cried, everyone’s hearts pounded against their chests, and adrenaline-trigged sweat dripped down their bodies. Amid this stress and fear, the missionaries sought peace through prayer and song. In a testimony given to his home church in Wisconsin, one missionary said, “The acoustics were pretty good [in that room], so we sat there and sang. It was encouraging to sing together.”

The gang leader said, “Everybody is in my hand, and I’m in control. I have them all. They’re all in my hand… I need one million dollars for each, or I kill them all.”

Nic Stoltzfus is the editorial manager at Plain Values magazine. This month, he is getting married at the Nicholas Stoltzfus Homestead in Reading, Pennsylvania. He and his new bride, Jen, enjoy gardening, canning, and cooking (especially food from other countries!). He is currently working on a novel about the immigrant Stoltzfus family.