Pork Rhyne admits he’s been humbled by a pig. A six-hundred-pound breeding sow named Louise put him in his place and changed his life for good. While managing a farm that raised cattle, goats, chickens, and pigs, Pork Rhyne said, “I had a problem dealing with pigs compared to the other livestock, and God used that to humble my heart.”

After Louise had broken out of four different paddocks, Pork Rhyne received a call on his day off. “It was so bad,” he said, “they had to call me back to the farm to corral her and get her contained.” He gathered Louise into an isolation pen with plenty of pasture, space, feed, water, shelter, and straw. The perfect place for a fussy pig. Or so he thought. After closing the gate of the chain link fence, Pork Rhyne walked to his car. Sensing something was wrong, he turned to see Louise standing at the gate. Continuing to walk, he turned again to see her stare peeking out from behind her floppy ears. She’s fine, he thought and kept moving toward the car. Turning one last time before entering his vehicle, he witnessed Louise bellow, screech, and charge the gate. Lifting it off the hinges, Louise threw the gate twenty feet into the air! Free once again, she trotted to Pork Rhyne’s side with grunts of victory. “I realized she was out of my control. That’s when God humbled my heart. I got down on one knee, grabbed Louise by her chubby cheeks, and said, ‘You know what, Louise? I’m going to love you so hard that I just might understand you, because right now I don’t.’”

Pork Rhyne knew he had to find a way to raise pigs successfully, so he began spending extra time with them. He sat out in the pasture watching the pigs play, tear grass out by the roots, and swim in the ponds. “I laid by them, and they laid by me,” he said. “They asked for belly scratches, so I developed a friendship with pigs. That’s where I developed a farmer’s eye.” Pork Rhyne became interested in more than just food, water, and shelter for the pigs. He began learning and caring about the overall wellness of the animals. “I realized the problems the pigs were having were actually ME problems. I was doing something wrong, and I needed to correct it.” In his research, Pork Rhyne learned that pigs are hygienic and possess the intelligence of a human toddler. As he learned more about pigs, his passion for them also grew. He developed from being humbled by Louise to a professional pig consultant and teacher.

Rhyne Cureton’s nickname, Pork Rhyne, describes his business and marketing brand, too. Pork Rhyne uses his knowledge and testimony as a ministry primarily to small-scale livestock production farmers across the country and overseas in East Africa. Working with farmers to improve the health of their pigs, he also helps them improve their ability to create or find a local market for their product. Pork Rhyne is all about pigs.

A homesteader in North Carolina, Pork Rhyne teaches farmers how to keep their animals healthy by making the soil healthy. As a good steward over the land, he understands how fields stripped bare by harsh commercial farming need healing. The ground should be nurtured and used in a way that’s not harmful to the land or our neighbors. Focusing on the soil and the grass, he said, “As a farmer, I would make sure the grass and forage are healthy. Then I’d know my livestock will be just as healthy from that.” 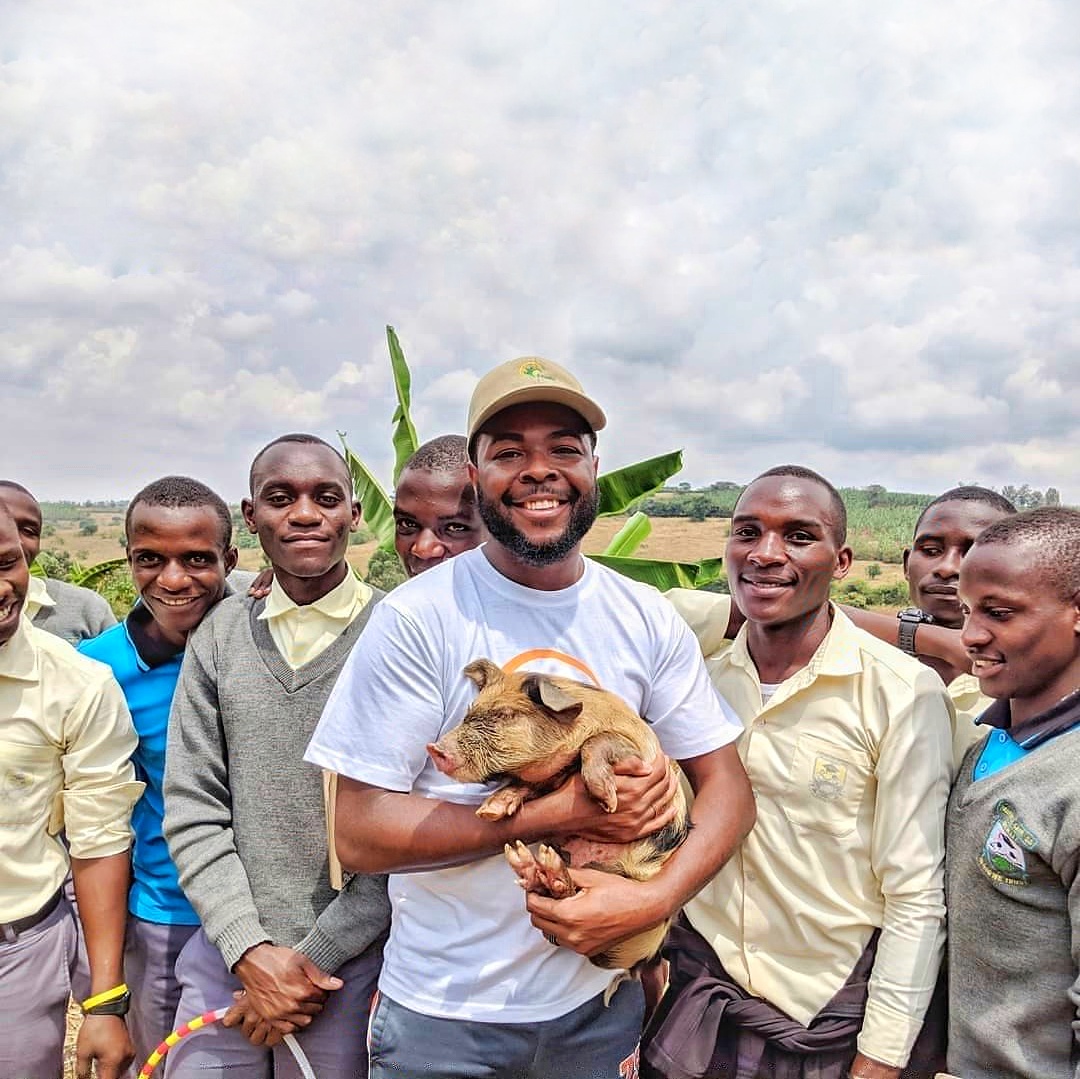 Each summer, Pork Rhyne travels to Uganda and Tanzania with his Ugandan-born friend, now a college professor. On his first mission trip with Dr. Julius Sonko, Pork Rhyne met with humility again. In his attempt to teach villagers how to raise their pigs, he suggested they feed beans for protein. His teaching was met with mumbling by the villagers. Later, the translator explained that those villagers didn’t even have enough money to purchase beans to eat themselves. Pork Rhyne admitted, “I was humbled to realize my teachings were borderline offensive to the people listening. I decided I would never make that mistake again.” As he learned more about their resources and practices, he suggested the villagers feed shredded banana leaves to their pigs. A great source of fiber and micronutrients, these leaves were much healthier for the pigs than just the table scraps offered. Sometimes, Pork Rhyne must be truthful and tell the Africans that their resources aren’t enough for raising pigs, but maybe chickens. He might also suggest they focus on vegetable production until there’s enough to feed pigs.

Elaine Tomski is a wife, mother, grandma, and contributing writer for Plain Values magazine. She and her husband, Jeff, appreciate the beauty of God’s creation from their hilltop near Killbuck, Ohio. Elaine is the author of Pregnant and Praying, a prayer journal for expectant mothers.