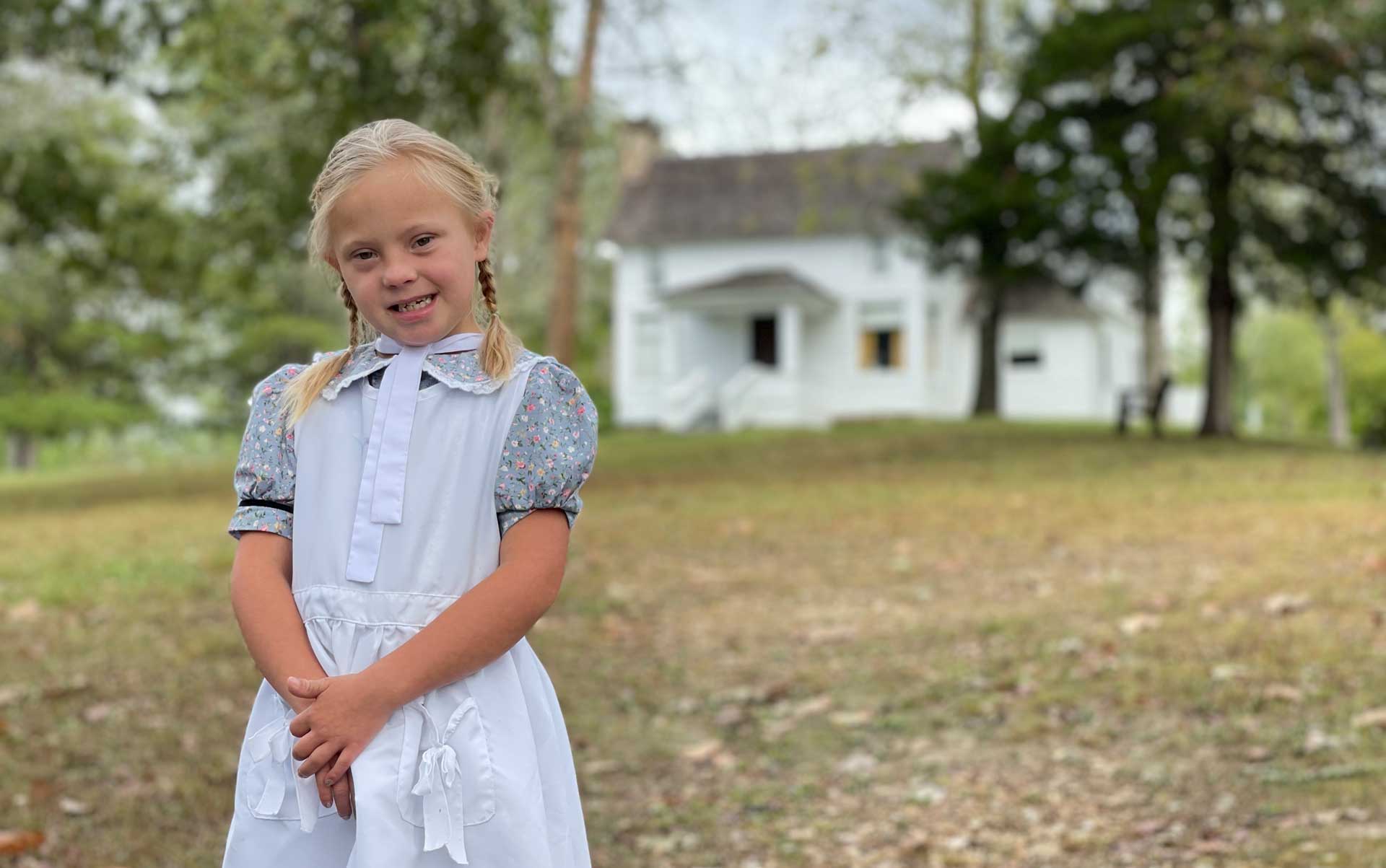 Little Museum on the Prairie

Last fall, after performing a couple of nights in Branson, we stopped on our way back home to Tennessee at the Laura Ingalls Wilder Home and Museum in Mansfield, Missouri. The old homestead that they named ‘Rocky Ridge’ is where Laura and her husband Almonzo settled early in their marriage and where she wrote all the children’s books that the world has come to know and love… Little House on the Prairie, Little House in the Big Woods, Farmer Boy, and a half-dozen or so others. It’s also the place where they raised their daughter Rose, where they grew old, and in time, passed away.

Today the little white house and stone cottage behind it are treasured landmarks where people come from all over the world to experience Mrs. Wilder’s story and the life she lived. The tour guide explained to us that the original house was only one tiny room, barely big enough to fit two people. Although they later expanded the house, what they added on was very modest and primarily only what they needed. Not the sort of home where you might expect a world-renowned author to live. To this day, it remains pretty much the same as when the Wilders occupied it, filled with their personal items and furniture.

Down a path just below the house is a beautiful museum built a few years ago where all of Laura’s letters, writings, childhood artifacts, and even Pa’s fiddle are on display. I grew up watching the Little House on the Prairie TV series with Michael Landon and have been reading the books to Indiana since she was born. I enjoyed walking around with Indy, seeing the home, and gaining a fuller understanding of Laura and Almonzo’s world and their story.

It turned out that while I was a big fan of Mrs. Wilder’s, the ladies who run the museum were big fans and followers of our story. Before we left, we made sure to take a few pictures with them and shared our contact information so we could all keep in touch…

Or purchase a January 2023 back issue in print here.