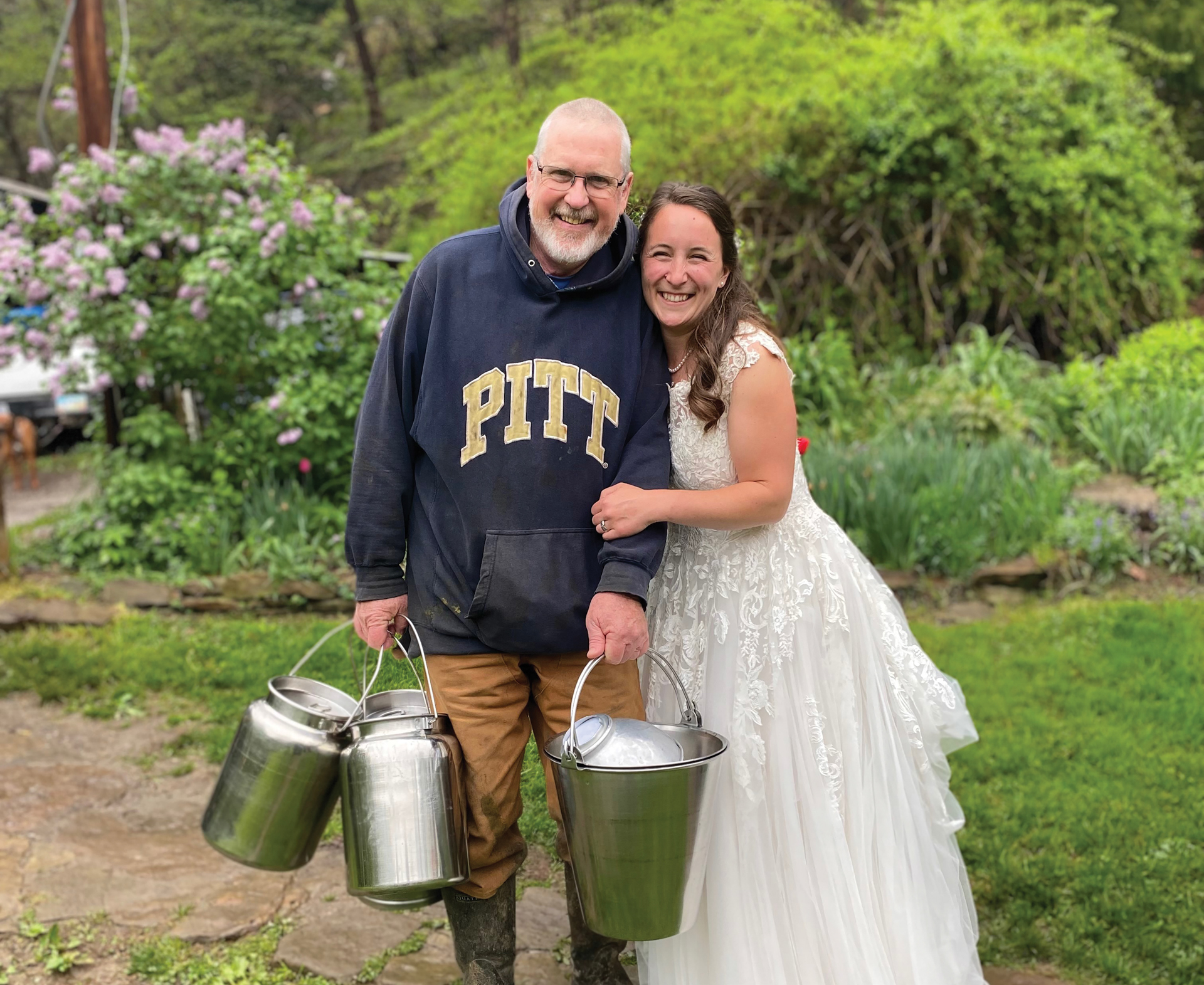 For example: One morning almost exactly four years ago, a girl arrived on our farm. She came with her brother, who wanted some farming experience and had been doing some work around the place. That day Ashley helped in the garden, planting late carrots and cabbages, and weeding the onions; in the evening, she helped milk the cows. It turned out that she loves cows: she’d studied veterinary science in college and later worked at a dairy farm in Pennsylvania.

She moved among our cows confidently and asked many intelligent questions about how we managed them. Secretly she was wondering if we weren’t crazy­—keeping just a few cows, milking in a simple shed with a dirt floor, by hand, no milking machine­—but she was too polite to show her thoughts.

Her questions were mostly practical: what do you feed the cows (grass), how do you pasteurize the milk (we don’t). “What do you do about mastitis?” she asked. We told her we seldom see this condition since it mostly arises in cows that are fed grain, whose udders are usually full to bursting, and is often transmitted through mechanical milking equipment. Hand-milked cows that eat only grass don’t often get mastitis. But if a cow does, we just milk her more carefully for a few days, and it clears right up.

Ashley with her heifer, Honeysuckle

We didn’t know it then, but that question was going to change all of our lives. Because in commercial dairy farming, mastitis is almost ever-present, an ongoing nuisance that costs hours of time and trouble. First in college, then at the dairy farm where she worked, Ashley had seen how mastitis compromised the well-being of the cows, even of the farm. But she’d never understood why it was so common. Now we were telling her some cows, grass-fed cows, weren’t liable to it. She decided she had to hang around and learn more.

Ashley began showing up at milking time, then earlier, helping out with whatever work we were doing, joining us at the table for meals. She was eager to learn and brought a lot of information and experience of her own. It was often interesting to compare our methods with the University-approved wisdom she had learned. She fit right into our community, too, attending our local church, and jumping in when neighbors had a need or there was a job to be done. And she loved the farm food, especially the dairy products that are so central to our diet.

Three years went by. Ashley opened a pottery business, bought her own small farm, and began milking two cows of her own. Best of all, she and our fifth son, William, got engaged. The wedding was set for June.

Then Ashley was diagnosed with cancer.